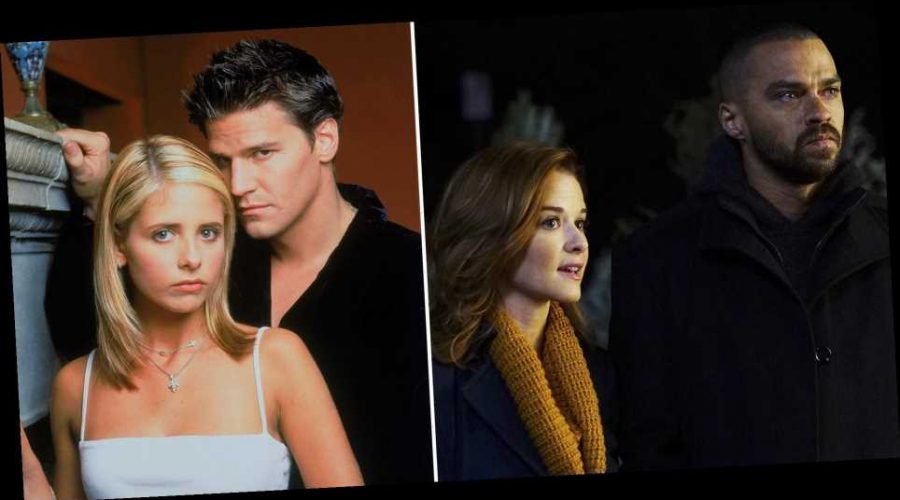 There’s nothing like a good love story on TV — even if it doesn’t end up the way that fans want. For years, there have been couples who have garnered huge fan bases, but still don’t end up together.

When Kevin Williamson created Dawson’s Creek, he was convinced that his leading lady Joey (Katie Holmes) would end up with her best friend and “star-crossed lover,” Dawson Leery (James Van Der Beek). However, that shifted quite a bit over the course of six seasons — and ended with her choosing Pacey (Joshua Jackson).

The producer exited the show before returning to write the series finale. When he first started writing the last episode, which aired in 2003, Williamson “was absolutely convinced it had to end with Dawson and Joey together,” he told Entertainment Weekly in 2018. However, midway through writing, he couldn’t sleep. “Something was rubbing me the wrong way. To me, Dawson and Joey are soul mates. And then I kept thinking, one thing I’ve learned in my life is that my soul mate isn’t necessarily my romantic love. So I was trying to put that in place with Dawson and Joey professing their forever to each other. And then we revealed that she chose her romantic love, which was Pacey.”

The decision didn’t only upset many fans, the writers’ room wasn’t on the same page either.

“It was clear to us that it was she and Dawson who would wind up together,” producer Paul Stupin said during a panel in 2015. “Halfway through, Kevin calls me and says, ‘I changed my mind.’”

The Scream writer then quipped, “My mother hates me” before explaining his reasoning even more. “This isn’t what the show set up to be. Maybe that’s where it started but it evolved and it ended up as something else. I wanted it to be a twist on the teen genre but also wanted it to be surprising, honest and real. … When you left the show in that last moment, they’re a family and everyone got what they wanted. There was fulfillment and they were all happy.”

Joey and Dawson were just one of many famous TV couples who didn’t end up together when the finale aired. Scroll through the gallery below for more.