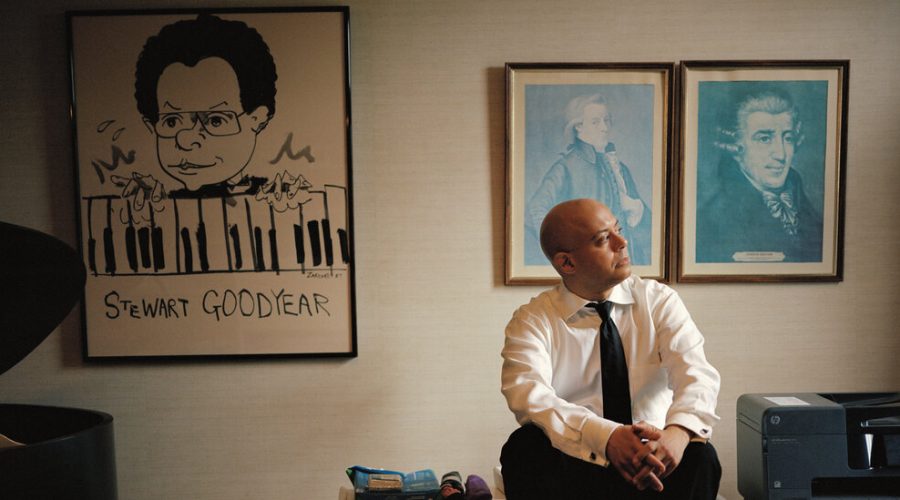 The Canadian pianist Stewart Goodyear never knew his father, who died of cancer a month before he was born.

But Stewart Sr., an aspiring writer, left his only child a rich musical legacy in the form of a large, eclectic collection of LP recordings. Even when he was just 3 or 4, Goodyear was enthralled by Led Zeppelin, the Beatles, Ravi Shankar, Joe Cocker and Carlos Santana. But it was two boxes containing the complete symphonies of Beethoven and Tchaikovsky that made him want to become a musician.

“Somehow I sensed that there was never a limit to the emotions expressed in this music,” Goodyear, 43, said in a recent interview. “This was the world I wanted to be a part of.”

Beethoven wound up occupying a central place in his diverse career. Goodyear has recorded the “Diabelli” Variations; the five piano concertos, with the BBC National Orchestra of Wales; and the 32 solo sonatas, released as a 10-disc set in 2012. The sonata set, in particular, is an outstanding achievement. Goodyear plays these seminal scores with pristine technique, abundant vitality, fascinating attention to detail and a composer’s grasp of overall structure.

He will play three of the sonatas on Wednesday at the 92nd Street Y: No. 15 in D, No. 25 in G and the stormy, mystical final one, No. 32 in C minor. Open to a small live audience, the recital will also be streamed and will remain online for a week.

Goodyear has been a soloist with major orchestras around the world, and has won high praise from critics. Yet he has not attained that extra level of awareness and appreciation from the public. 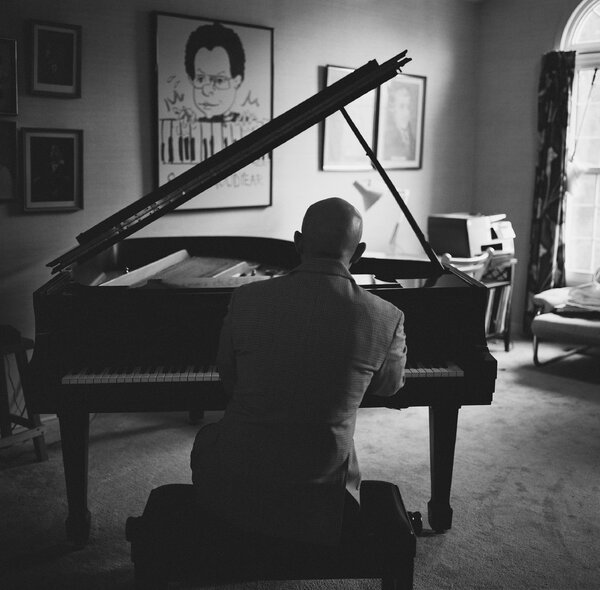 Asked about this, he said that it has perhaps been difficult for the classical music industry — which often likes its artists easy to package — to square his focus on canonical Beethoven with his adventurous streak. After all, this is a musician who has composed a calypso-inspired suite for piano and orchestra, and, recently, a rock-single spinoff recording called “Congotay” for piano quintet. (His mother, a schoolteacher, is from Trinidad, and he savored the calypso he heard on their summer trips there to visit her family.)

Five years ago, in a bold move, he decided to leave his management company and manage himself. “To concentrate on projects I was passionate about,” he said.

“I began self-financing my own recordings,” he added. “When I was under management, I kept being asked: ‘What are you? A pianist? A composer?’ And I never wanted to be in a box.”

One exhilarating manifestation of his intrepid artistry was his 2015 recording, on the Steinway & Sons label, of his own intricately detailed, splendidly played arrangement of Tchaikovsky’s “The Nutcracker”— not just the well-known orchestral suite, but the entire 82-minute ballet score.

This project risked seeming like a novelty. But there’s a long, still-misunderstood heritage of piano arrangements of orchestral and operatic works, pioneered by Liszt and championed a century later by Vladimir Horowitz. Goodyear’s “Nutcracker” was a rich contribution to that legacy.

This exceptional album was my reintroduction to Goodyear’s work. I had reviewed his 2005 debut with the New York Philharmonic, on one of the orchestra’s Summertime Classics programs, when he played Ernst von Dohnanyi’s 1914 “Variations on a Nursery Tune,” a lighthearted showpiece that showed up often in concerts until the mid-20th century. Goodyear was tapped to play this appealing curiosity for his Philharmonic debut, his only appearance to date, even though his concerto repertory is large.

The Goodyear project that stirred up the most pushback, at least initially, was his Beethoven sonata marathon in 2012, as part of the Luminato Festival in Toronto. Other pianists, including him, have played all 32 of these works over a stretch of days or weeks. But on this occasion Goodyear played them in order of composition — some 10 hours of music — in a single day.

His marathon was broken into three daunting installments, with lunch and dinner breaks so that both artist and audience could recharge. Some writers deemed the event a publicity stunt. But to Goodyear the project had roots in his childhood experience with these pieces, when he binged on Vladimir Ashkenazy’s Beethoven recordings, “devouring these sonatas likes chocolates.”

“Since I first heard them as a 32-sonata cycle, I couldn’t grasp my brain around any other way to hear them,” he said. “It was a very pure statement: For anyone who wants to hear it, please take this journey with me.”

Some 70 percent of the audience bought tickets to all three installments. Though it tested Goodyear’s endurance, he had the stamina to bring it off. And memorization was not a problem, since he said he has a “great photographic memory” — he can see the pages of the score in his mind as his plays.

He has done the marathon six more times, most recently in Cincinnati in 2019. Reporting on a 2015 iteration in Texas for the Dallas Morning News, the critic Scott Cantrell wrote that in Goodyear’s choice of tempos during a bold account of the “Hammerklavier” Sonata, he essentially observed the fast metronome markings that Beethoven included in the score — markings many pianists think are either errors or unsuitable to powerful modern pianos.

“Goodyear made a strong case for them,” Cantrell wrote. “What emerged in those fast movements was not a monumental, toga-clad Beethoven, but a wild-eyed creator hurling out wholly new music.”

Indeed, on his recording of the “Hammerklavier,” Goodyear comes across as a fellow wild-eyed creator, playing with verve and impressive detail. In stormy dramatic works, like the first movement of the “Appassionata” Sonata, and joyous ones like the early Sonata No. 2 in A, which Goodyear plays with elegance and rippling passagework, his playing exudes unfussy naturalness. That quality also comes through strikingly in the last movement of the Piano Concerto No. 4, taken at a fleet tempo, but also with awareness that for all its exuberance, the music keeps slipping into episodes of darkness and mystical flights.

“I do want to be as natural as possible,” he said. He pointed to some local acting classes he took when he was studying at the Juilliard School as crucial to his development. “I love watching great acting,” he said. “I also love watching stand-up comedy, when people tell a story.” When working on a challenging piece, he added, “I am dissecting it, I’m going through everything, finding my own truth as well as respecting the tradition, the gestures, the music that inspired the composers,” but “I never want to overthink while I’m performing, because all the homework is there.”

As concerts start to come back, like the coming program at the 92nd Street Y, Goodyear is restless to return. And as a composer, he has two premieres approaching: a piano quintet he wrote for himself and the Penderecki String Quartet and a triple concerto for the chamber orchestra ProMusica in Columbus, Ohio.

As a player, he is especially eager to perform Liszt’s ingenious, and formidably challenging, piano transcription of Beethoven’s Ninth Symphony in November at Koerner Hall in Toronto. Having played the composer’s complete sonatas and concertos, could a Beethoven symphony cycle be Goodyear’s next marathon? Sounds great.

05/21/2021 Entertainment Comments Off on Extraordinary Beethoven, and an Adventurous Streak
Recent Posts