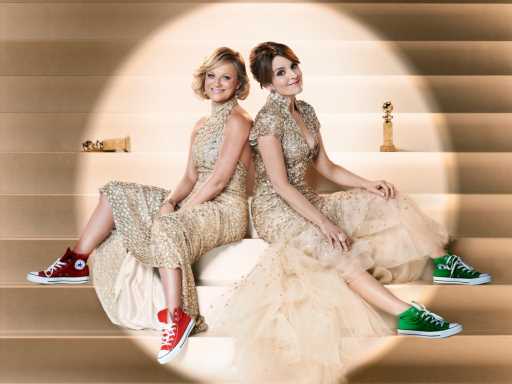 Every year, not only does the Hollywood Foreign Press Association (HFPA) recognize excellence in film and television by choosing who wins which award, but they choose the host for the Golden Globes. Choosing a host, though, is a bit wackier than many would think.

Despite being an awards show staple while on the road to the Oscars, there’s a lot about the Golden Globes that people don’t know. Like, despite being around since 1944, there weren’t official hosts until 1995?!

Seriously, for over 50 years, there wasn’t a host for the prestigious awards. It’s hard to imagine, to be quite frank, now that hosts are a staple in nearly every award show like this. On Jan 10, 2023, first-time host Jerrod Carmichael will take the stage for the 80th Golden Globe Awards, and we can hardly wait!

From stand-up comedians to unexpected acting duos, the HFPA pick some very surprising hosts. Check out every celebrity who has hosted the Golden Globes (and those who’ve hosted multiple times) over the years below!