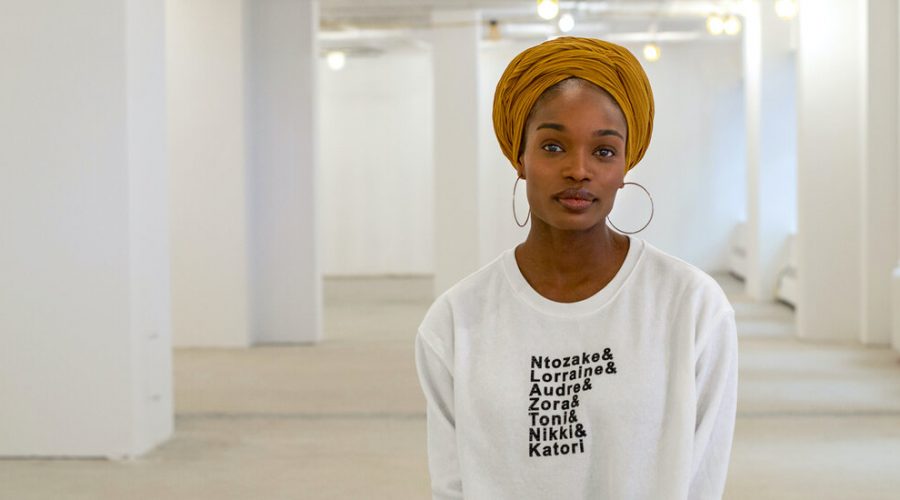 Erika Dickerson-Despenza quit her last non-theater job in 2019, ready to pursue a full-time career as a playwright in New York. And that career was looking good: she was wrapping up a fellowship at the Lark, starting a residency at the Public Theater, and working on a play inspired by the Flint water crisis.

The Public scheduled a staging of that play — her first professional production — for the summer of 2020.

You can imagine what happened next.

The coronavirus pandemic shuttered theaters across America, and with it, scuttled her debut. But now the play, “cullud wattah,” is being recognized with the Susan Smith Blackburn Prize, a respected annual award honoring work by women and nonbinary playwrights. The prize is a distinctive one — $25,000 for the winner, plus a Willem de Kooning print — and many of its recipients have gone on to great acclaim (among them, the Pulitzer winners Annie Baker, Jackie Sibblies Drury, Marsha Norman, Lynn Nottage, Wendy Wasserstein and Paula Vogel).

Dickerson-Despenza, a 29-year-old Chicago native, is thrilled. “It’s a really affirming moment,” she said, “not only for me as an emerging playwright, but also for the way that I am doing my work as a queer Black woman who has intentionally decided to write about Black women and girls.”

Her career, like so many others, has been upended by the pandemic. “cullud wattah” is on hold, but a spokeswoman for the Public said the theater still hopes to produce it once it resumes presenting in-person productions.

In the meantime, she has been working on a 10-play cycle about the effects of Hurricane Katrina, which devastated New Orleans in 2005. The second play in the cycle, “[hieroglyph],” was staged (without a live audience), filmed and streamed earlier this year by San Francisco Playhouse and Lorraine Hansberry Theater. And next week the Public Theater will introduce an audio production of “shadow/land,” the first installment of her Katrina cycle.

“I am interested in what we learn, and do not learn, and what history has to teach us,” she said.

She said she had been following the news out of Flint for some time before deciding to write “cullud wattah”; for a while, she said, she just made notes about the crisis and posted them on her wall. The play imagines the effect of the water crisis on three generations of women.

“I had a wall full of Flint, and I didn’t know what to do with it,” she said. “The play is not so much about Flint, as it is about how an apocalypse makes everything else bubble to the surface.”