Talk about a crowning achievement.

Emma Corrin, breakout star of Season 4 of Netflix’s “The Crown,” took home the Golden Globe for Best Television Actress in a Drama Series at the award show Sunday night.

The 25-year-old dazzled critics with her uncanny portrayal of the late Princess Diana during her courtship and the early years of her marriage to Britain’s Prince Charles.

Corrin’s castmate Olivia Coleman and fellow nominees Laura Linney and Sarah Paulson were clearly very happy for the young actor when she won. Both Paulson and Coleman even broke out into little dances:

In Corrin’s heartwarming acceptance speech, the 25-year-old praised her cast and crew and even thanked the late Princess Diana.

“Most of all, thank you so much to Diana,” Corrin said, with her eyes raised to the sky.

“You have taught me compassion and empathy beyond any measure that I could ever imagine,” she added, “and on behalf of everyone who remembers you so fondly and passionately, thank you.”

When Corrin was nominated for a Globe, the actor said it was “A real honour to be named amongst a group of such talented and inspirational women!”

“Working on The Crown was the most magical experience in no small part thanks to the incredible cast and crew that supported and help guide me through THANK YOU,” she wrote on Instagram at the time.

Corrin previously revealed that her depiction of the Princess of Wales left her hospitalized after filming a trying scene in a frigid swimming pool that left her with a depleted oxygen level. 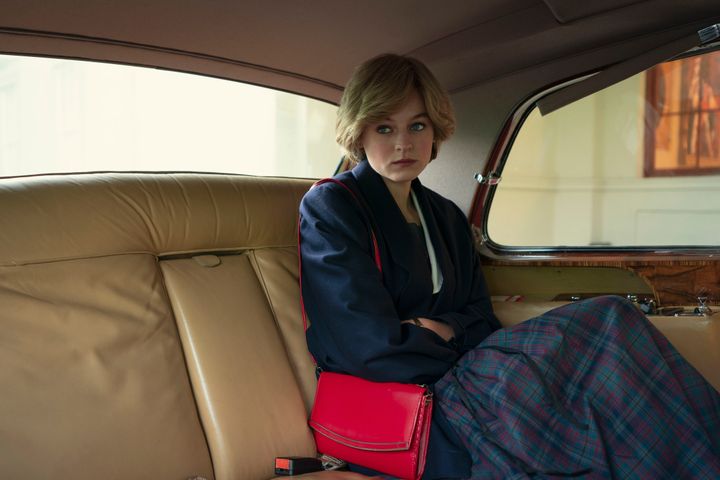 “I’m asthmatic and I had been ill for a while with a bad cough. I had to film a scene in a freezing-cold swimming pool, with the kids playing William and Harry,” she said in an interview with Glamour UK. “It was honestly the hardest scene to film because I was genuinely keeping myself alive treading water, and also keeping five-year-old ‘Harry’ alive, as we found out he couldn’t swim!”

After filming, the actor said she ran by a hospital before catching a flight to the U.K. so she could get some antibiotics.

“The doctors gave me an oxygen test and said, ‘We cannot let you go because your oxygen levels are so low,’ so I was hospitalized,” she said. Even though the series wasn’t out yet, people in the hospital recognized Corrin.

“I remember the nurses, figuring out what I was filming and saying, ‘We know you’re playing Princess Diana, would you like us to put a cardboard bag over your head so no one recognises who you are?’” she added.