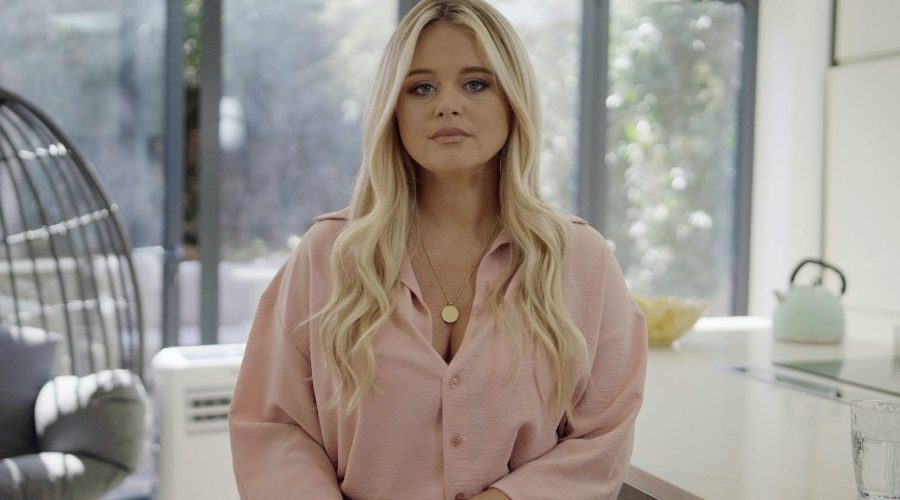 In a deeply personal new BBC Two documentary, Emily Atack is opening up about her shocking experiences of sexual harassment as she explores whether enough is being done to protect young women and girls online.

Just like catching the bus to work, ordering a morning coffee and watching TV in the evening, sexual harassment is a reality that most girls and young women must navigate in their daily lives. The statistics show that the issue is devastatingly pervasive: last year, an investigation by UN Women UK found that 97% of women aged 18-24 have been sexually harassed, with a further 96% not reporting those situations because of the belief that it would not change anything.

But alongside navigating sexual harassment on the streets, it’s also an incredibly serious problem for women in the digital realm too. According to research from Amnesty UK, online abuse of women is widespread in the UK, with one in five women having suffered online abuse or harassment – and half of those women reported the abuse or harassment they received was sexist or misogynistic. So what can be done to enact change?

It’s a question Emily Atack is attempting to answer in a moving new BBC project exploring the issue of online sexual harassment.

In a new documentary, Emily Atack: Sexual Harassment & Me, the actor and comedian will be exploring the reasons why she and others are sexually harassed online every day and whether enough is being done to protect young women and girls online.

The film will follow Atack as she continues the debate that took her to parliament in February 2022 to try to make cyber-flashing illegal as she explores whether it’s the law that can change things or if the focus needs to be elsewhere.

But the hour-long documentary comes with a deeply personal agenda, too. Atack, who has previously spoken about how she was forced to call the police after receiving rape threats, will be opening up about the unwanted sexual attention she has experienced from a very young age as she reflects on how these incidents have affected her own sense of identity and confidence.

According to the BBC, The Inbetweeners star will be also be putting the focus on men and their role in tackling online sexual harassment as she tries to understand the psychology behind this behaviour and how masculinity and the pressures it puts on men might have a role to play.

The documentary will also see Atack try to speak directly with some of the men who send her sexually explicit content on social media as she investigates how as a society we all may have to think very differently if we want real sustainable change.

“Over the last two and a half years I’ve been speaking out about my own personal experiences of online sexual harassment,” Atack said in a statement.

“Within that time, one thing has become clear, I’m not alone. With this documentary, I am hoping to find answers to the many questions I’ve been asking myself my entire life, and I hope it will go on to help thousands of others too. It’s been wonderful working with Little Gem and the BBC on a project that is so incredibly close to my heart.”

Catherine Catton, head of commissioning, factual entertainment and events, added: “We are delighted to have this important and timely film with Emily, looking at whether enough is being done to protect young women and girls online and exploring Emily’s own personal experiences. It’s an incredibly brave undertaking for her and we appreciate her honesty and openness. We have no doubt that the film will contribute to a very important conversation.”

Emily Atack: Sexual Harassment & Me will air on BBC Two and be available to stream via BBC iPlayer later this year.