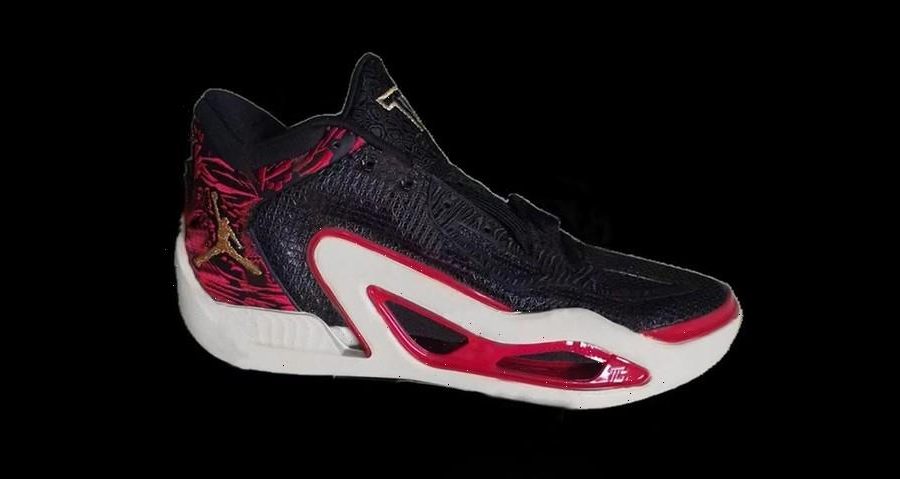 Jayson Tatum has been a member of the Jordan Brand family since 2019, and since then, he’s elevated his game to new heights and become one of the most feared small forwards in the Association. His decision-making, athleticism and ability to impact the game on both ends of the floor cannot be ignored, and so Jordan Brand has made the decision to grant the rising hoops superstar his own signature shoe. Rumors of the forthcoming kicks have been floating around since December 2021, but we’ve finally caught an early look at his Jordan JT1.

Modeled to flow with the Duke University alumnus’ fluid style of play, the sneakers are designed with a mid-cut build. This early colorway appears to be constructed with a black knit material that is offset by intricate patterns fitted in red across the heels and tonal graphics on the tongues. His signature JT logo — which has been spotted on his various Jordan PEs — sits on the tongues in golden, outlined form. A gilded Jumpman logo also sticks out across the heel. Arguably the most attention-grabbing aspect of the court-ready sneakers is the midsole as its aggressive mold cuts into the upper and arrives hollowed out to expose two windows.

Sit tight for further information on their official images and release that will likely pop up in the coming months.