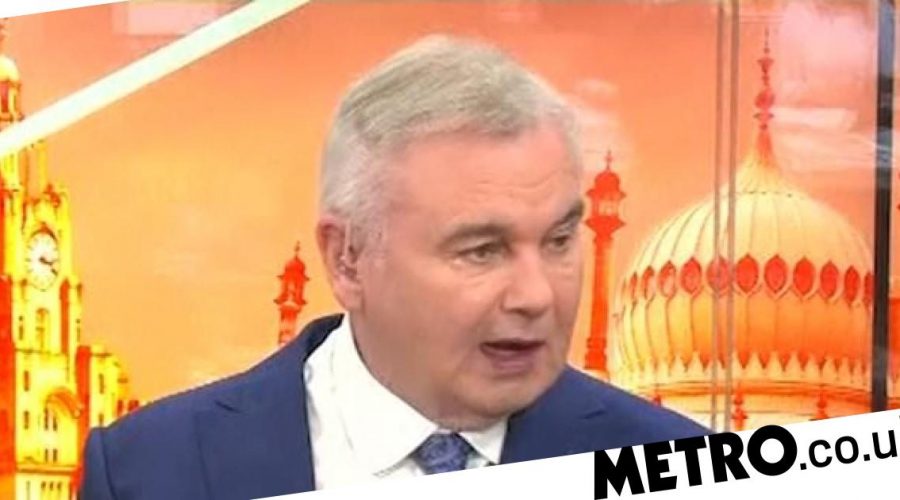 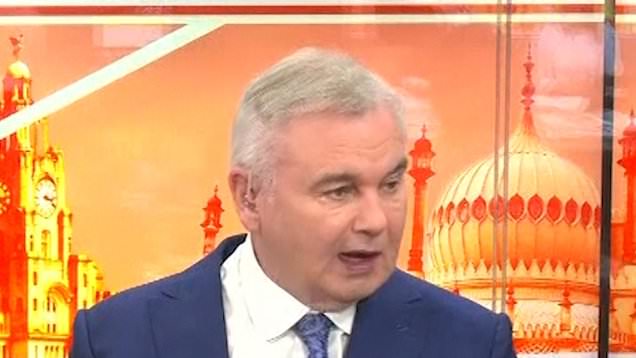 Eamonn Holmes has opened up on his ‘hellish few weeks’ after falling down the stairs while recovering from a major back operation.

The 62-year-old broadcaster, who has faced a number of health issues in recent months, was left with a fractured shoulder following the incident, meaning it could be the New Year before he is well enough to return Breakfast on GB News.

Speaking for the first time on Monday about what happened, Eamonn told the network: ‘Last month I suffered a fall at home while I was recovering from my back operation and fractured my shoulder.

‘It was a massive setback and means I’m going to need to take some extra time off to get myself better. It’s been a hellish few weeks. But day by day I’m improving, and I am remaining positive and trying to look on the bright side.’

Holmes expressed his eagerness to get back to his TV work before going on to thank fans for sending well wishes.

‘I can’t say a big enough thank you to everyone who has sent me lovely messages, they’ve really cheered me up and kept me going,’ he continued.

‘One thing I’ve noticed is just how many other people out there are suffering from chronic pain, and I am determined to keep speaking up on their behalf.

‘Also, I really must say a heartfelt thank you to the doctors and nursing staff who have been looking after me. They all are amazing. God bless.’

Isabel Webster has also sent her co-presenter and friend her best wishes. She said: ‘I know how much our audience is missing Eamonn, and I am too.

‘It has been heartbreaking to see him in so much pain. Eamonn has had such a run of bad luck, and to suffer in the way he has been.

‘But I also know how hard he is working to get back to his best. I can’t wait to see him return, fighting fit, and back where he belongs – sitting alongside me on GB News.’

In September, Holmes revealed he was taking a leave of absence from GB News to undergo surgery for his chronic back pain.

The broadcaster has been open with fans about his health struggles and had been getting steroid injections in his spine after surgeons initially decided against operating on his back after a trapped sciatic nerve left him struggling to walk.

‘I pray that God will guide my surgeon’s hand this week and help me get back to the man I used to be,’ he told the the Express at the time.

‘The thing is I might have a way out. So many others will never have that hope and that can be the most crushing pain of all.

‘I am hoping that this will be a Back to the Future procedure and that I go back to the way I was 18 months ago.’