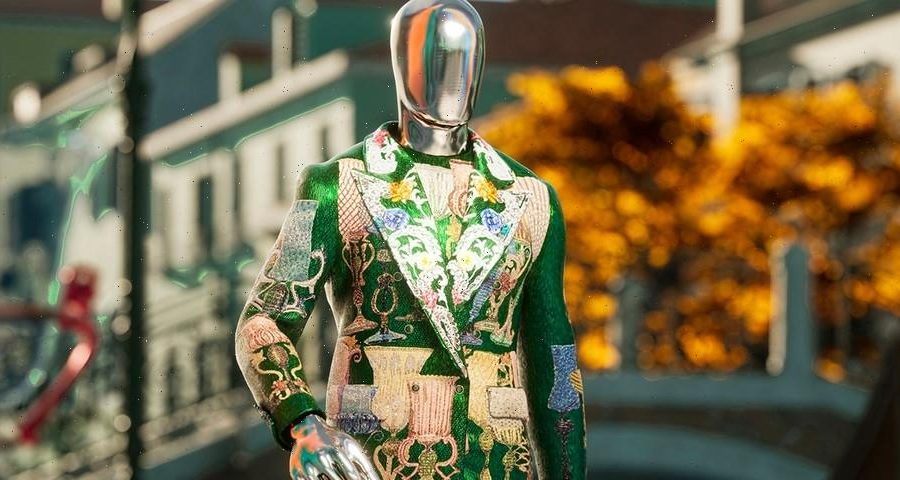 In 2018 Dolce & Gabbana found themselves in quite a debacle when the fashion house released a video of a Chinese model eating Italian delicacies with chopsticks which led to a string of offensive statements from the designers towards the Chinese community. D&G expected the video to further help integrate the brand into the Chinese market, however, after much backlash, the brand was digitally canceled worldwide.

After what appears to have been the downfall of the Italian brand, D&G has seemingly brushed aside the issue and found another niche to propel its brand forward. Recently, the brand announced that it had sold out its nine-piece digital collection of NFTs alongside physical couture items. The brand racked up a total of 1885.719 ETH in earnings, which is equivalent to approximately $5.7 million USD.

New York Times reported the collection, titled Collezione Genesi, was displayed and auctioned on the digital luxury marketplace, UNXD. Since D&G announced its collection, the Ethereum cryptocurrency rose 10% last week, officially making the collection worth over $6 million USD. The collection first began when Shashi Menon, founder and chief executive of UNXD, approached the luxury fashion house with the idea. Five pieces from the collection were actually physical designs developed by D&G. UNXD created the virtual iterations including two versions of The Dress from a Dream in gold and in silver featuring shiny, crystal beading. Others included an emerald green men’s suit and two crown accessories, one in gold and the other in gem-studded silver. The other four pieces were exclusive digital pieces based on sketches from the brand’s designers.

The Doge Crown received the highest price, featuring seven blue sapphires and 142 diamonds, selling for an equivalent of $1.25 million USD at the time of the auction. As NFTs become a more sought-after commodity, luxury fashion houses have been finding different ways to capitalize on the digital space. Earlier this year, Gucci also created an NFT video loop inspired by its Fall 2021 collection. Dolce & Gabbana is reportedly looking to expand into the NFT market even further down the line.

In case you missed it, Evolved Apes NFT investors were scammed for millions after the creator bails.
Source: Read Full Article