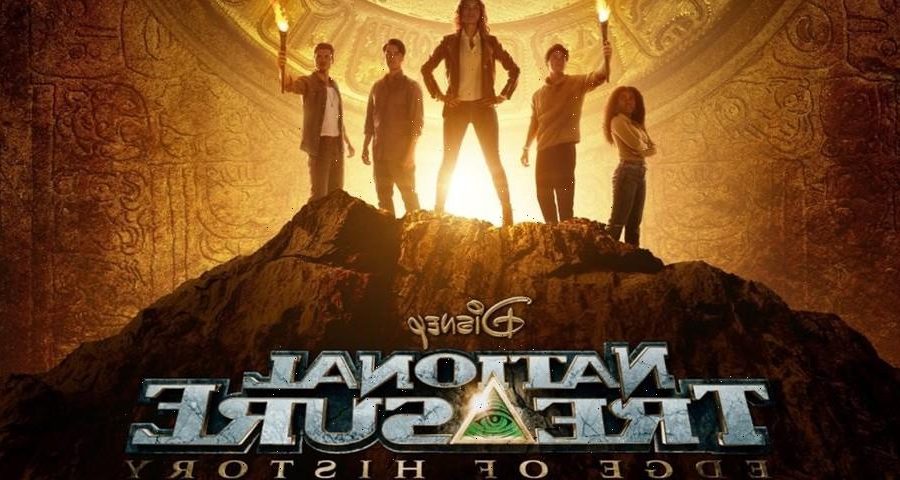 Disney has just shared the first teaser trailer for National Treasure: Edge of History, its brand new spin-off streaming series destined for Disney+. While Nicolas Cage‘s Benjamin Franklin Gates has been central to the franchise in the past, his character has yet to be confirmed for the new series, which sees We Need to Do Something‘s Lisette Olivera become the main protagonist as Jess.

According to Disney, she’s “a brilliant and resourceful DREAMer who embarks on the adventure of a lifetime to uncover the truth about her family’s mysterious past and save a lost Pan-American treasure.” Joining her on her journey will be her crew of misfits including Flatbush Misdemeanor‘s Zuri Reed, Jagged Little Pill‘s Antonio Cipriano, Lady Bird‘s Jordan Rodrigues and Rectify‘s Jake Austin Walker.

Both Justin Bartha and Harvey Keitel will be reprising their roles from the previous franchise as Riley Poole and Peter Sadusky, while Catherine Zeta-Jones will be introduced as Billie Pearce, a wealthy black-market antique dealer who’s also after the same treasure as Jess.

There’s currently no release date just yet for National Treasure: Edge of History, so those interested should stay tuned for more updates to come.