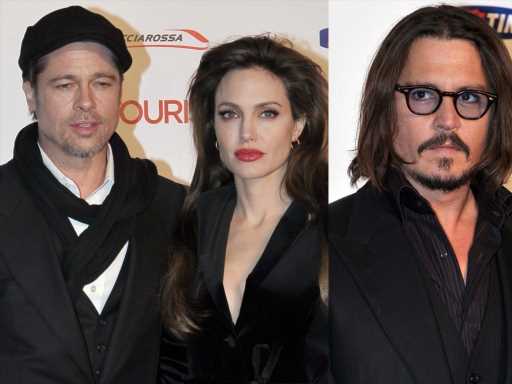 The legal victory of Johnny Depp versus Amber Heard might have long-resonating consequences that will be felt in Hollywood and the justice system. On the heels of Depp’s court verdict, Brad Pitt has emerged with a new filing in his lawsuit against ex-wife Angelina Jolie regarding their winery, Miraval.

The argument is that Jolie sold her interest in the company to “a hostile third-party competitor bent on taking control of Miraval,” who just happens to be Russian billionaire Yuri Shefler, via court documents obtained by Us Weekly. Pitt’s lawyers argue that “through the purported sale, Jolie sought to inflict harm on Pitt. Jolie knew and intended that Shefler, and his affiliates would try to control the business Pitt had built and to undermine Pitt’s investment in Miraval.”

While that all seems like a lot of post-divorce financial wrangling, some social media users are sounding the alarm on a trend against women. One Twitter account wrote, “sorry but you’re watching disgusting men (kyle rittenhouse) abusive men (brad pitt, marilyn manson) be further emboldened by depp’s bullsh*t legal moves and you still are so empty headed that you think his win was a good thing???” Culture writer Ella Dawson, who has been discussing the Depp topic heavily on her account added, “Brad Pitt fans want him to pursue legal action against his ex-wife, Angelina Jolie. Precedent has been set.” And Pitt fans are already suggesting the Oscar winner hire Depp’s lawyer Camille Vasquez, who was recently elevated to partner at the Brown Rudnick law firm. “Brad Pitt should hire Camille Vasquez as we all know Angelina is another Amber Heard,” wrote a Twitter account. (Jolie accused Pitt of domestic violence in their marriage even though the actor was cleared of child abuse allegations by the Federal Bureau of Investigation and Department of Child and Family Services back in 2016.)

The way people are reacting to the Depp verdict (remember they were both found to have defamed each other) is sending chills up and down domestic abuse survivors’ spines. There is a feeling of empowerment by some that could change legal outcomes for years to come — and it’s why the Depp “win” really wasn’t a win at all.

06/07/2022 Entertainment Comments Off on Did Brad Pitt Speak Out Against Angelina Jolie Because of Johnny Depp’s Legal Win?
Recent Posts