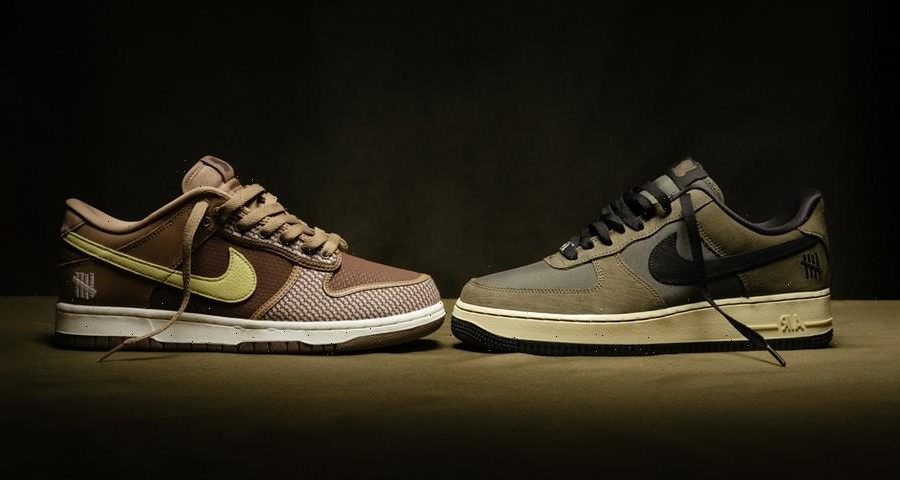 With the first installment of the “Dunk vs. AF-1” collection —essentially Trading Places in footwear form — right around the corner, UNDEFEATED and

The Air Force 1 “Ballistic” is inspired by 2003’s Dunk High “Ballistic,” a shoe that was a friends and family only style until it dropped as part of UNDEFEATED and Nike’s “Bring Back 2003” pack in 2012. It features a military-style olive color scheme, rugged suede-and-nylon build, a yellowed midsole and black branded hits. On the other end, the Dunk Low “On Your Feet Kid” reworks an Air Force 1 from 2006 by using a brown and white color scheme with thick leather seams and patterned detailing plus bold touches of yellow. Both prominently feature UNDEFEATED’s Five Strike logo and are completed by special insoles.

See both pairs’ key details above, and expect a release on the UNDEFEATED webstore come June 18.