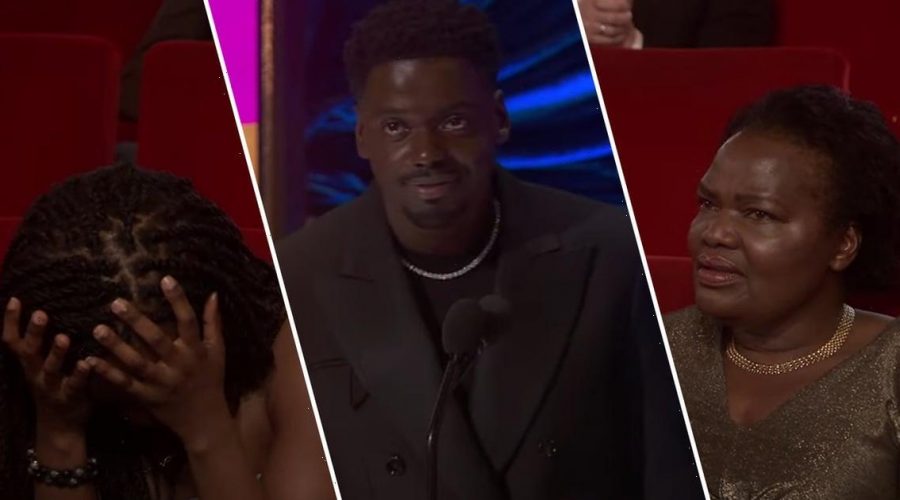 Daniel Kaluuya’s moving portrayal of Fred Hampton in Judas and the Black Messiah just earned him an Oscar, but his speech potentially earned the wrath of his mother. During Sunday night’s ceremony, Daniel first paid tribute to costar LaKeith Stanfield and Hampton himself, saying, “I share this honor with the gift that is LaKeith Stanfield. To Chairman Fred Hampton, what a man. How blessed we are that we lived in a lifetime where he existed.” He also made sure to thank the cast and crew of the film and God. When he got to his parents, that’s when things started to go a little off the rails, at least judging by his mother Damalie Namusoke’s reaction. “My mum met my dad, they had sex, it’s amazing. Like you know what I’m saying? And now I’m here,” he added as the camera cut to his mother and sister looking like they were ready to fade away. “What’s he talking about?,” Damalie can be seen mouthing to Daniel’s older sister.

Later in the Oscars press room, that part of the speech dawned on the 32-year-old actor. “My mum’s probably going to text me some stuff,” he told journalists. “I really shouldn’t have said that . . . I’m going to avoid my phone for a bit.” Apparently, his mom has a “good sense of humor,” so he might not be in too much trouble. After all, he does have a good argument, telling reporters, “I think it’s pretty obvious that all of our parents had sex.” You can see his full acceptance speech, and his family’s reaction, in the video above.