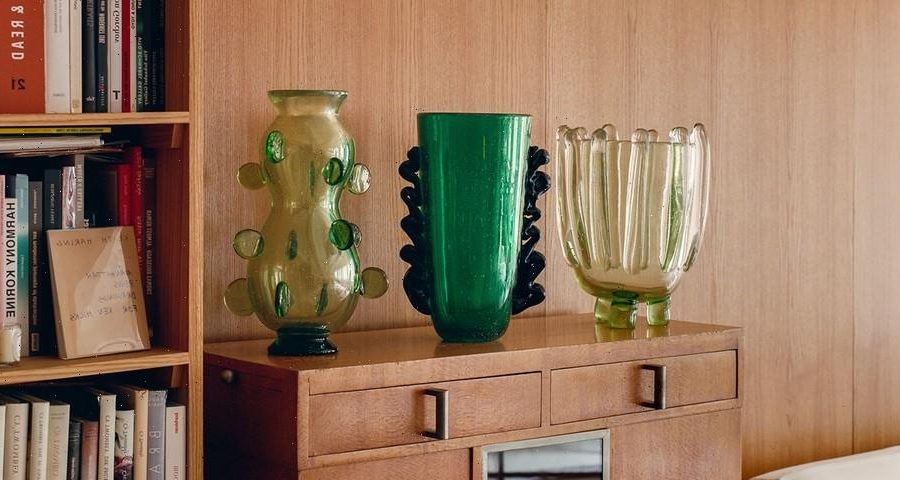 Libyan designer Dana Arbib has created an exclusive collection for LA design gallery Tiwa Select, which includes a range of oversized glassware that she has based on her family’s life journeys.

Prior to crafting glass, Arbib’s career had existed within other design disciplines, most notably with her fashion label A Peace Treaty. Although working with this new material marks a new chapter for Arbib, it is rooted within the same school of thought and inspirations as her previous work – with each piece chaptering her heritage. Arbib herself was raised in Toronto but was born to a Libyan father who had fled Tripoli as a refugee in 1967. He would tell Arbib of his experience, describing the time when Jewish, Italian, and North African cultures “existed symbiotically” in one land.

Inspired, she wanted to show this through the “Vetro Alga” collection. Working alongside master glass artisans in Murano, who helped to produce the 15 pieces, she used colours and shapes found in Roman glass and North African relics. What’s more, the practice of glassblowing offered an opportunity for the designer to reconnect with her three-times removed great uncle, Salvatore Arbib, who fled Libya and ended up training as a glassblower, eventually owning a furnace in Venice during the first quarter of the 20th century.

On her collection, Tiwa Select said:

“By working in this new material and directly referencing her ancestry—and a history of glassblowing cultures associated with those histories—the objects will feel relatable and familiar on the one hand, but will also take on a new life as forms conceived by someone who pushes the glass in a direction only one from ‘outside’ of the craft might be able to take it.”

Arbib’s collection will be on show at the Galerie Michael Bargo from May 14–18, coinciding with New York Design Week. Rather than being shown in a traditional gallery space, the presentation will take a domestic format, with the glassware placed around pieces of furniture by design icons such as Charlotte Perriand, Pierre Paulin, and Jean Prouvé. Visitors are encouraged to make appointments by contacting Tiwa Select on [email protected]

While Arbib’s work will be on show in the city, upstate, Italian studio Formafantasma has filled the mid-century “Manitoga” house in Cold Springs with works exploring the natural world.