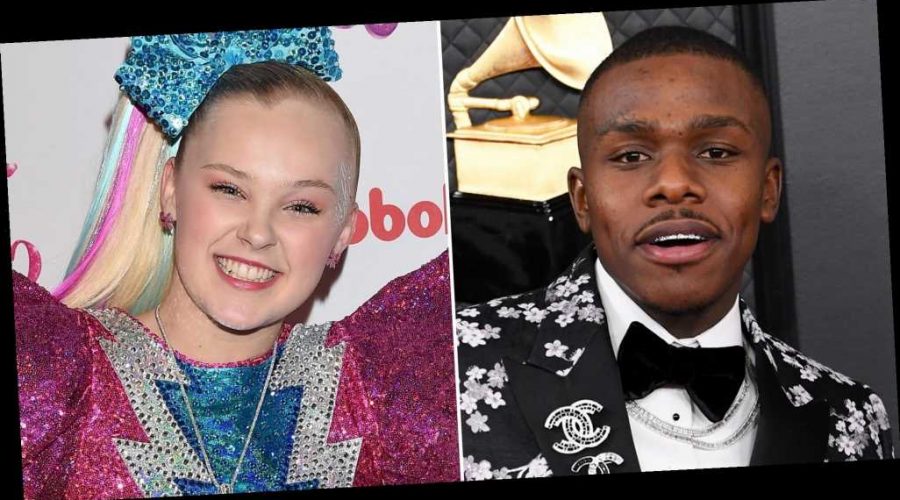 Feud alert? DaBaby set off a firestorm on the internet after he dissed JoJo Siwa in his new song, “Beatbox Freestyle.”

In the track, released on Friday, February 19, the Grammy nominee, 29, raps, “Turn me up, n—gas gon’ see why / N—ga, you a bitch, JoJo Siwa (bitch).” Fans and celebrities alike flocked to Twitter with questions about the insult, which some could not wrap their heads around.

“YO WHAT DID I MISS DID JOJO SIWA DUNK ON DABABY AT THE NICKELODEON GAMES OR SOME S—T??? WHY HE OD ON HER LIKE THAT?” The Kid Mero wrote on Sunday, February 21, while another person tweeted: “Dababy probably mad because his kids said jojo siwa make better music than him.”

Others tried to find a reason for the diss. “Someone wanna explain why Dababy starting beef with Jojo Siwa??” a Twitter user asked. One joked, “Somebody said Dababy’s beef with JoJo Siwa is she’s taller than him stopppp rn.”

The Biggest Celeb Feuds of All Time

Siwa, 17, has dealt with plenty of haters during her years in the spotlight. She clapped back at TikTok trolls in April 2020 after they suggested she act more mature. She responded by posting a video of herself lip-syncing to Doja Cat’s “Boss Bitch,” adding: “When ‘normal’ teenagers say to me ‘act your age.’”

The Dance Moms alum came out in January, which led one parent to comment on her post, “My daughter will never watch you again.” She simply replied, “Okay!”

Siwa revealed last month she is “the happiest I’ve ever been” since sharing the news with fans. “Personally, I have never, ever, ever been this happy before and it feels really awesome. I’ve been happy for a little bit now. It’s just so, so, so awesome,” she said during an Instagram Live. “You guys probably haven’t seen me this happy since I was on tour.”

The YouTube star also explained why she did not want to “label” herself. “The reason I’m not going to say this answer is because I don’t really know this answer,” she said. “I think humans are awesome, I think humans are really incredible people. Right now, I’m super duper happy and I want to share everything with the world but I also want to keep things in my life private until they are ready to be public.”

Siwa introduced her girlfriend, Kylie, earlier this month while celebrating their one-month anniversary. “After being my best friend for over a year, January 8th 2021 I got to start calling this exceptional human my Girlfriend… and Since then I’ve been the happiest I have ever been!” she gushed via Instagram. “She seriously is the most loving, supportive, happiest, protective, and just the most beautiful perfect person in the world. And I get to call her mine! Happy one month to my girl! I love you more and more every day!”