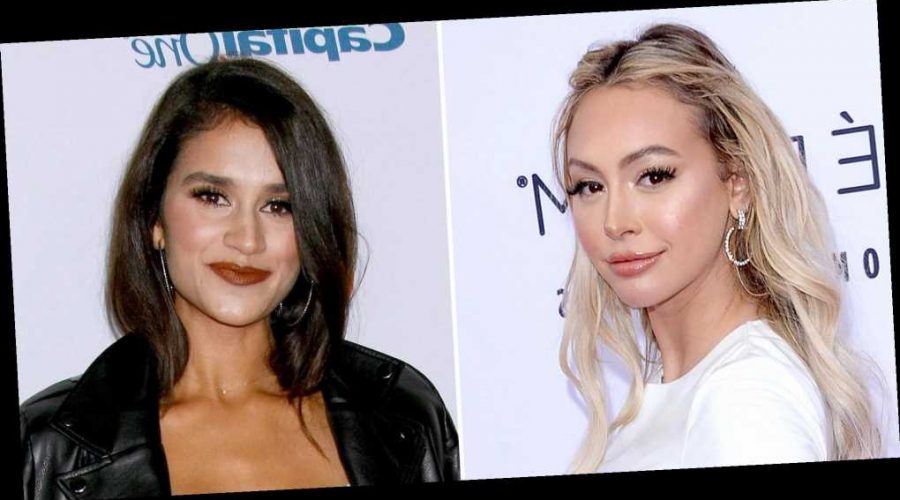 Bachelor Nation will never forget Corinne Olympios and Taylor Nolan’s feud over “emotional intelligence” and four years later, the latter is under fire for her past offensive tweets about Indian, Asian, Jewish and LGBTQ communities and insensitive remarks about mental health.

“I wasn’t really a villain because I didn’t do anything. And I think we all now know who the real villain is here, which is what I was trying to tell everybody from the beginning,” Olympios, 29, began on Us Weekly’s “Here for the Right Reasons” podcast, calling Nolan’s past social media activity “very alarming.”

“While I don’t condone bullying at all, all I’m going to say is that I experienced on another level … that different side of her,” the AuraSugarCo jewelry designer continued. “I did realize that there was something off there. And that’s just all I was trying to say from the beginning.”

Nick Viall’s Season 21 of ‘The Bachelor’: Where Are They Now?

Olympios and Nolan’s feud during Nick Viall’s season of The Bachelor came to a head during a two-on-one date when Nolan told Olympios she lacked “emotional intelligence.” Olympios subsequently questioned Nolan’s abilities as a mental health counselor.

“I don’t want to give myself any pats on the back for this because this is really a situation, [but] I did call it to a point,” the “Corinne Saves Us All” podcast host told Us.

Nolan, a licensed mental health counselor and psychotherapist, made headlines earlier this month for her past social media remarks, which ranged from 2011 to 2013. In addition to tweeting offensive comments about several different races, she poked fun at suicide and shared fatphobic tweets. She has since apologized twice.

“There is no question or defending that every word of my old tweets are harmful, wrong, triggering and incredibly upsetting to the communities that I identify with and that I support. I’m so sorry to the folks that were triggered and re-traumatized by seeing the hurtful words from my past,” Nolan said on March 1 via Instagram.

The Washington State Department of Health later revealed that Nolan may be investigated after the DOH received “multiple complaints” against the Bachelor alum.

“Those complaints are under assessment. Patient safety is our top priority, and we take all complaints seriously,” DOH spokesperson Gordon MacCracken told Page Six in a statement, adding that “not all complaints lead to us opening cases.”