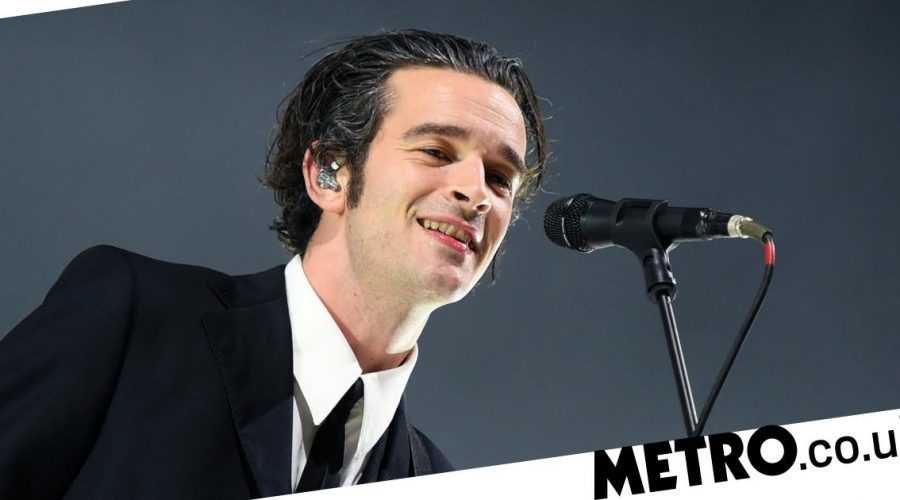 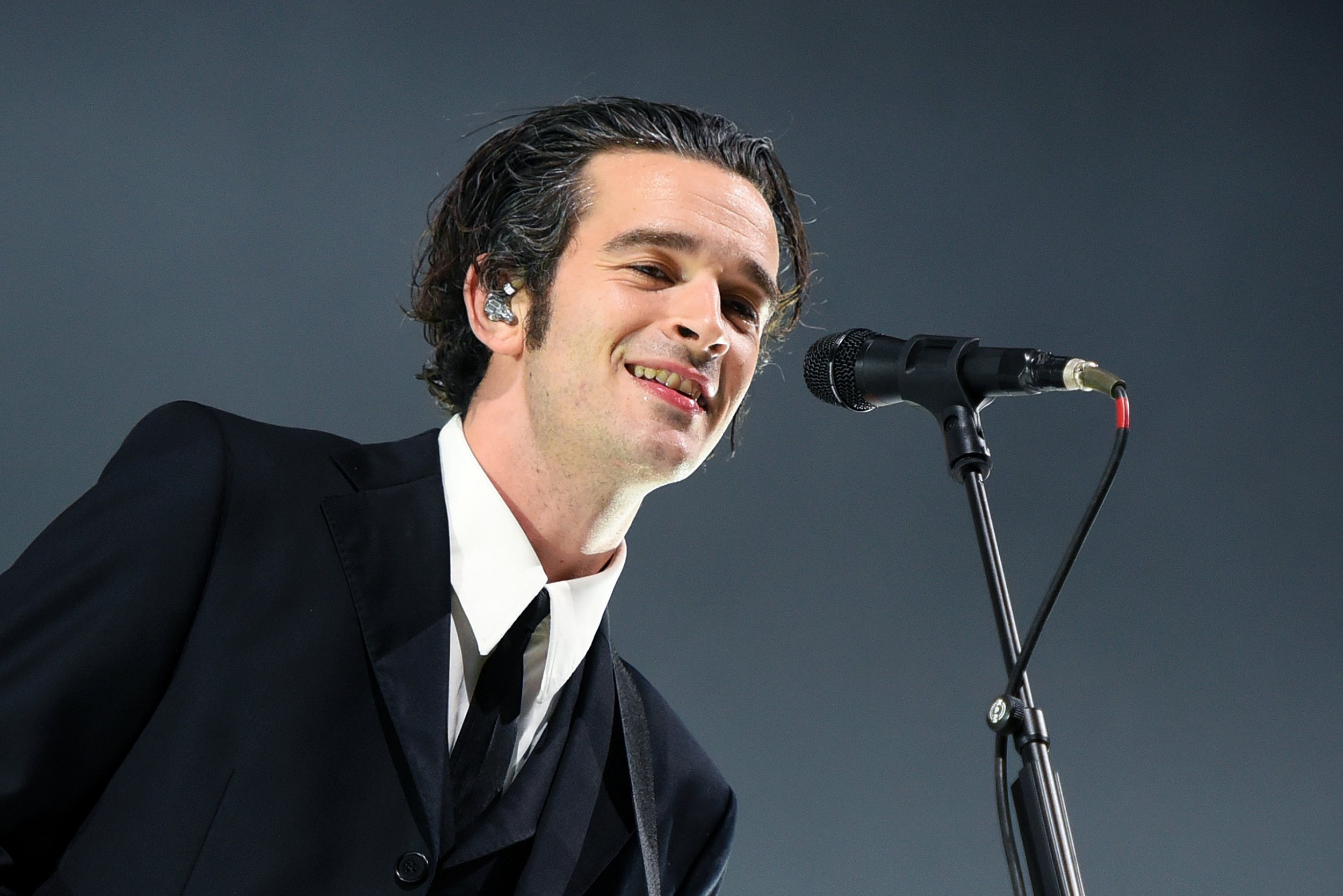 When I first witnessed Matty Healy of The 1975 locking lips with a fan during a concert, my stomach flipped.

What I was watching made me so uneasy, yet it was jarring to hear the audience of thousands screaming and celebrating.

The final straw for me was seeing a video from a gig last weekend of Healy putting a fan’s thumb in his mouth. Truly disgusting.

After seeing fans with signs begging him to be their ‘first kiss’, the star has been more than happy to oblige.

But just because kissing fans has almost become part of an artist’s identity on stage, that doesn’t make it right, nor does it mean we shouldn’t call them out on it.

An artist who kisses their fans, purely based on the fact that they are a fan and they want to make that person’s dreams come true… It very much feels like an abuse of power.

It feels like that A-lister is deliberately misusing their position of authority for their own gratification. It feels like they thrive off the cheers of the crowd and the excitement of that fan, and their naivety in that moment.

Celebrities kissing their fans is hardly a new thing. Elvis Presley used to walk around the stage, bend down and kiss female fans in the front row while performing Love Me Tender back in the 1970s.

Drake, Usher and Bad Bunny have all treated fans to a snog. Robbie Williams has even kissed a fan’s bare bum!

Rihanna previously brought guys and girls on stage for a lap dance while performing her raunchy hit S&M, gyrating on a very excited viewer as they lay down in disbelief that this was happening to them.

‘They’re just having fun! Don’t take it so seriously! It makes the fans happy!’, you might argue.

But there is a power imbalance in these situations that we simply cannot ignore.

To give him credit, Matty does ensure his puckered-up supporters are of a legal age before he plants his lips on them, and has even physically checked audience member’s IDs beforehand, just to be on the safe side.

And while this may seem all innocent, as if he’s doing some sort of good deed, there’s no denying that both the fan and the artist have two very different experiences in that moment.

When Matty kisses the face off a fan, he’s performing. He’s being Matty Healy of The 1975. He has adrenaline rushing through his body after soaking in the screams of the packed crowd and, more often than not, he’s inebriated with some other substance, given he has been known to drink or smoke while on stage.

The fan, on the other hand, sees their favourite artist through a much more innocent lens. They worship them. They idolise them. Plenty even fancy them.

Therefore, a kiss is almost like a life goal, and basically gives them bragging rights for all eternity since only a handful of people know how it feels.

While they may not realise, in those moments, fans are vulnerable. They are essentially sitting in the palm of the artist’s hand.

A kiss is taking advantage of that innocence, that adoration, that rose-tinted view a fan has of the celebrity; they feel as if they know this star on a personal level but, actually, they’re a complete stranger who is pocketing mega money from that live show.

And these are all facts that impact their ability to consent, whether they’ll agree with that or not. In the short term, it’s unlikely you’ll hear of a fan having regrets, plus it gives them social media clout forever.

In the long term, well, who knows. At the very least, they could stop being a fan of their former favourite artist’s music. At the worst, it could be traumatic. Sure, this might sound extreme, but what happens when a fan looks back and realises it wasn’t what they wanted?

Ultimately, these moments make for extremely uncomfortable viewing. Even if it is something fan a fan cherishes forever (they had the once-in-a-lifetime fanfiction moment of kissing their idol, after all), that doesn’t make it right.

With stars like Enrique Iglesias, the conversation becomes even more sinister, given that he’s openly spoken about kissing fans for his own personal gain.

The Hero singer previously told People that he gets ‘excited’ while performing, making a ‘habit’ of snogging fans and with one recalling him bringing her up totally unexpectedly, merely checking with her husband if it was OK, before telling her: ‘I’m going to kiss you now.’

And even while writing this piece, The Chainsmokers have admitted to having threesomes with several fans in the past when the duo had to share hotel rooms while on the road – and taking that behaviour off the stage is alarming to say the least.

At the end of the day, there’s a way to interact with your fans without a) being creepy and b) taking advantage of the love they have for you.

On his first solo arena tour, two girls held a sign for Harry Styles, asking if they could be his back-up dancers. So, the beloved 1D star brought them up to jump around behind him as he sang What Makes You Beautiful.

Lady Gaga has done similar after noticing a fan who knew all the choreography to one of her tunes and pulling them out of the crowd to have their moment in a now-viral video where the fan slots perfectly into her crew of dancers.

Beyonce has handed over her microphone to fans so they can sing, then been blown away by their impressive vocals.

Chris Martin once brought a lad up to play piano for Coldplay and Green Day did the same at a massive festival when a young fan said he played killer guitar.

Those moments are so pure. They’re exciting for the artist as they get to witness up close the love a fan has for them.

Meanwhile, the fan can enjoy them wholly, without having their admiration for an A-lister taken advantage of or violated. Plus they get to show off their talents and experience the screams and cheers of an audience.

So, let’s all change the way we think about those moments, and question whether we should be so quick to celebrate them. Because sometimes, a kiss isn’t just a kiss.

01/12/2023 Entertainment Comments Off on Consensual or not, Matty Healy kissing fans is a gross abuse of power
Recent Posts