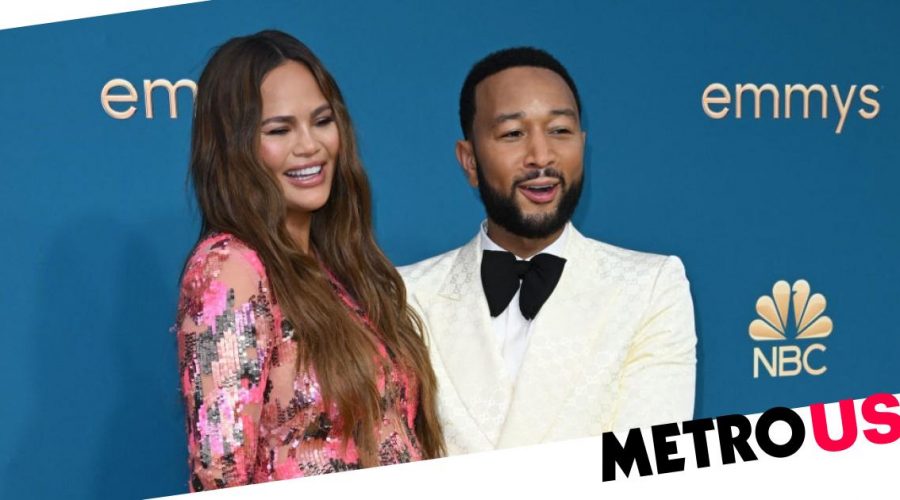 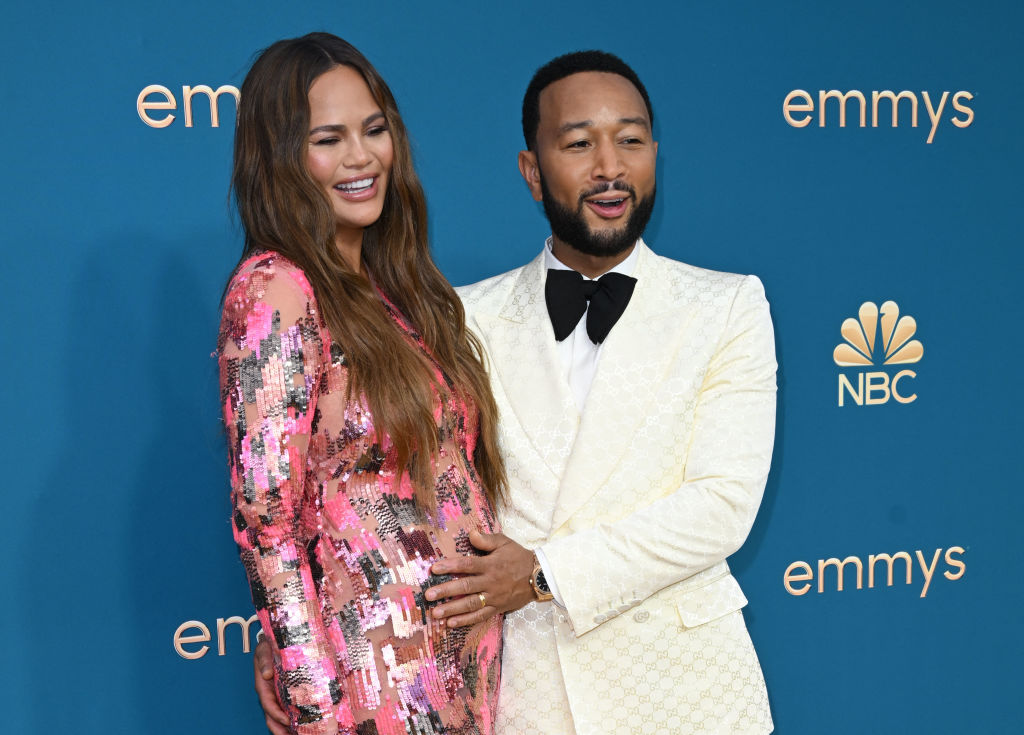 Chrissy Teigen and John Legend have shared a first photo of their newborn baby on Instagram, celebrating the emotional arrival of their second daughter.

Earlier this month, it was confirmed that the couple had welcomed a new addition to their family, with John, 44, celebrating the arrival while performing at a private concert.

In the days since, the couple have remained quiet over the birth on social media, with Chrissy finally posting a photo on Instagram of the little girl all bundled up while being adored by her older siblings, Luna, six, and Miles, four.

Revealing her name, the 37-year-old model wrote: ‘She’s here! Esti Maxine Stephens – the house is bustling and our family could not be happier 💕

‘Daddy sheds nightly tears of joy seeing Luna and Miles so full of love, and I am learning you still need diapers with a c section!? We are in bliss. Thank you for all the love and well wishes – we feel it all! X.’

John shared the same picture on Instagram, adding in his caption: ‘On Friday, we welcomed Esti Maxine Stephens to our family, and our house is overflowing with love and joy.

‘I’m in awe of Chrissy’s strength and resilience and I’m so thrilled to see how Luna and Miles embrace their baby sister. I’m so, so grateful, but that doesn’t seem like a big enough word…’

The family have been inundated with messages of congratulations and support following Esti’s birth.

‘Welcome to the world babygurl!!’ one person commented underneath the photo, while another wrote: ‘Congratulations to you and your beautiful family.’

‘So so happy for you & your family, @chrissyteigen 💗💗 Welcome to the world, Esti!’ said presenter Katie Couric, while Sports Illustrated editor MJ Day added: ‘So happy for you all. Congratulations, my heart is exploding for you!!!! 💗Esti💗.’

It was previously revealed that Chrissy had given birth on Friday January 13, with John telling the crowd at a concert that evening that they welcomed ‘the little baby this morning’.

‘What a blessed day,’ he’s said to have added.

The musician also admitted that he ‘didn’t get a lot of sleep’ but ‘feels energised’ after spending ‘a lot of time’ at the hospital.

Chrissy announced she was pregnant again in August 2022, two years after she and John suffered the loss of their son, Jack.

In October 2020, the Lip Sync Battle presenter underwent an abortion to save her life, while her baby had ‘no chance’ of survival, having previously believed she’d had a miscarriage.

When she revealed her pregnancy, she wrote on social media: ‘The last few years have been a blur of emotions to say the least, but joy has filled our home and hearts again.’

Sharing photos of her bump, she added: ‘1 billion shots later (in the leg lately, as u can see!) we have another on the way.’

The model continued in her caption: ‘Every appointment I’ve said to myself, “ok if it’s healthy today I’ll announce” but then I breathe a sigh of relief to hear a heartbeat and decide I’m just too nervous still.

‘I don’t think I’ll ever walk out of an appointment with more excitement than nerves but so far, everything is perfect and beautiful and I’m feeling hopeful and amazing. Ok phew it’s been very hard keeping this in for so long!’