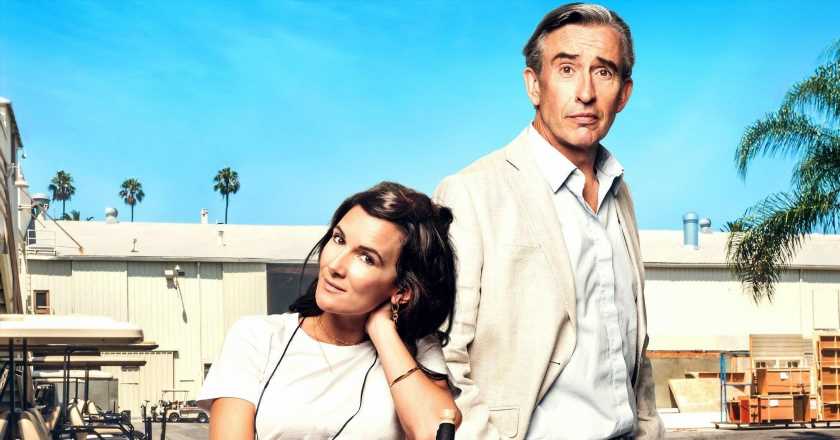 Wanda Sykes, Sienna Miller, and Paul Rudd? Channel 4’s Chivalry boasts a cast unlike any other and hits our screens tonight.

Channel 4 has brought us some seriously good TV shows as of late, from Screw to Derry Girls and The Cane Field Killings. Now, though, the channel is gearing up for its most star-studded project yet.

#MeToo, gender politics, romance, Hollywood and comedy are not terms we think would go well together. But in this new Channel 4 show, we can expect a blend of all of these themes (and more) in what is set to be a laugh out loud hilarious series. It lands on our screens tonight (21 April) at 9pm so we’re counting down the moments until we get to binge-watch the new six-part series.

Here’s what you need to know, then, about Chivalry.

What’s the plot of Chivalry?

The dark comedy drama begins as Jean Shrill, a shrewd studio executive, arranges for passionate indie-darling filmmaker Bobby Sohrabi to take over as director of A Little Death – aka the problematic movie produced by Cameron O’Neill.

“Cameron must navigate remaining relevant at a time when cancel-culture is all too real and is surprised when spending time with Bobby awakens a creative side of himself that he thought had long-since passed,” reveals the synopsis.

“What will Jean do to keep her empire intact, and what will Bobby do to build one?”

The synopsis continues: “Chivalry offers a fresh new look on gender politics and romance, and asks the question: can one build and sustain a successful, relevant career in Hollywood without sacrificing authenticity.

“How fluid are our politics and how political are our fluids? And can romance blossom – not in spite of #MeToo, but because of it?

“Chivalry explores the truths and the myths behind these characters, their judgements of each other and their assumptions of themselves, seeking to break down and explore classic stereotypes. Chivalry grants the audience permission to laugh while asking complex questions that as a society, we often find hard to discuss.”

Who stars in Chivalry?

The indomitable Wanda Sykes will take on the role of Jean, while Steve Coogan (as in, yes, Alan Partridge himself) will play Cameron.

Bridget Jones’s Baby star Sarah Solemani, meanwhile, is set to step into the shoes of Bobby.

As if that weren’t enough starpower for you, though, we also have Sienna Miller as Lark, the magnetic star of Cameron’s movie, and Lolly Adefope as Ama, Cameron’s new assistant who’s all too eager to climb the ladder of success.

Elsewhere, Robert Lonsdale shines as Rick, the editor of A Little Death who aims to keep the film on track while caught in the crossfire of Bobby and Cameron’s creative sparring. Adjani Salmon is Aston, Bobby’s down-on-his-luck husband. And we can also expect cameos from the likes of Paul Rudd, Peter Mullan, and Amy Landecker, too.

What are people saying about Chivalry?

Written by Solemani and Coogan, Chivalry promises to offer “a fresh new look on gender politics and romance, as it asks the question: can one build and sustain a successful, relevant career in Hollywood without sacrificing authenticity?”

Channel 4 has promised that this timely series will unabashedly explore the impact that the #MeToo era has had upon the film and television industry, asking the “complex questions that we as a society often find hard to discuss” – all while “giving the audience permission to laugh” at the same time.

When can we watch Chivalry?

Chivalry airs tonight (21 April) on Channel 4 at 10pm, with episodes available to stream on All4.