But the 32-year old Chinese artist is actually handling a 1,000 yuan ($145) reproduction she made in one day from an image on her cell phone, not Van Gogh’s masterpiece that is estimated to be worth over $100 million.

Ma is one of 8,000 painters creating copies of Western art in Dafen, a tiny but densely populated district in the southern Chinese boomtown of Shenzhen, next to Hong Kong.

But, as China celebrates the 40th anniversary of opening up on Tuesday, Dafen ponders its fortunes, which have waned since the global financial crisis in 2008 when foreign demand for art reproductions fell and never returned.

The declining overseas orders have spurred the local government to embark on a plan to transform Dafen into a producer of original works instead.

Success remains elusive, however, with demand for Dafen’s original art tepid and artists who are interested in creating original works few and far between. 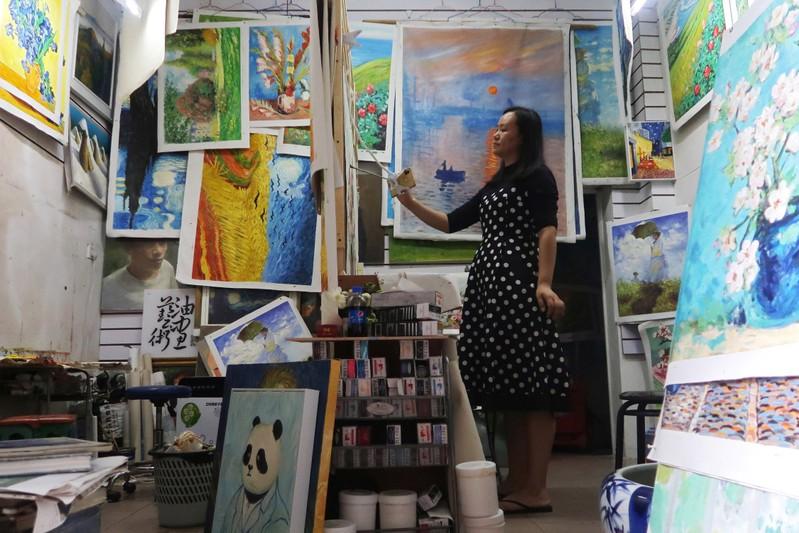 To attract artists, Dafen has invested 100 million yuan in an art museum and built 268 apartments to accommodate the painters who live there. The town now has 300 artists focusing on original works.

However, Chen Jingyang, an original artist who has been in Dafen for 12 years, is not very optimistic about the future.

“The big buyers know that the market here used to be famous for copies, and it was a low-end market, so not many are coming for the original paintings,” Chen said.