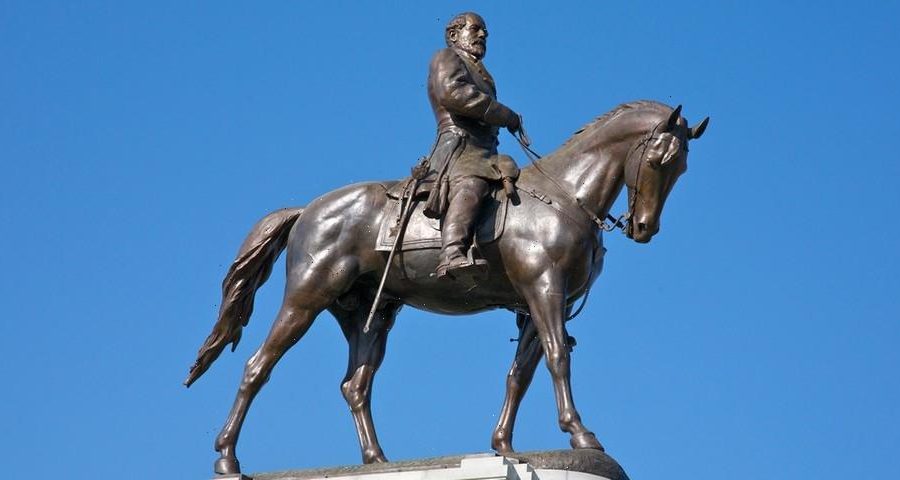 Charlottesville’s divisive Robert E. Lee statue that stood for nearly a century will be melted down to bronze ingots to create new public art.

As first reported by The New York Times, the decision came early on Tuesday, which saw city officials vote unanimously to donate the monument to the Jefferson School African American Heritage Center. The news comes after a four-year process that started back in 2017, where several statues were voted for removal — sparking a clash between Black Lives Matters protesters and members of the alt-right — resulting in widespread violence.

The vetting process involved over 30 potential bidders, including LAXART, a Los Angeles-based visual arts organization that planned to showcase the statue at an upcoming exhibition, along with a private collector who sought to preserve the history of the South. Jefferson School was the only local bid that made the final stages, offering to pay for the statue to melt it into ingots (metal blocks) that could be used for new public art that is more inclusive of the community.

“Our aim is not to destroy an object, it’s to transform it,” the center’s executive director, Andrea Douglas, said in an interview with Charlottesville Tomorrow. “It’s to use the very raw material of its original making and create something that is more representative of the alleged democratic values of this community, more inclusive of those voices that in 1920 had no ability to engage in the artistic process at all,” Douglas added.

Charlottesville has still not decided on what the fate of the other contested statues, which depict explorers Lewis and Clark with the Native American woman Sacagawea, along with Gen. Thomas J. “Stonewall” Jackson. As for the Robert E. Lee statue, the next phase is a six-month process that will involve the community deciding what the proposed art will look like.

Also in the news, here is a preview of the upcoming Frieze Week in Los Angeles.
Source: Read Full Article