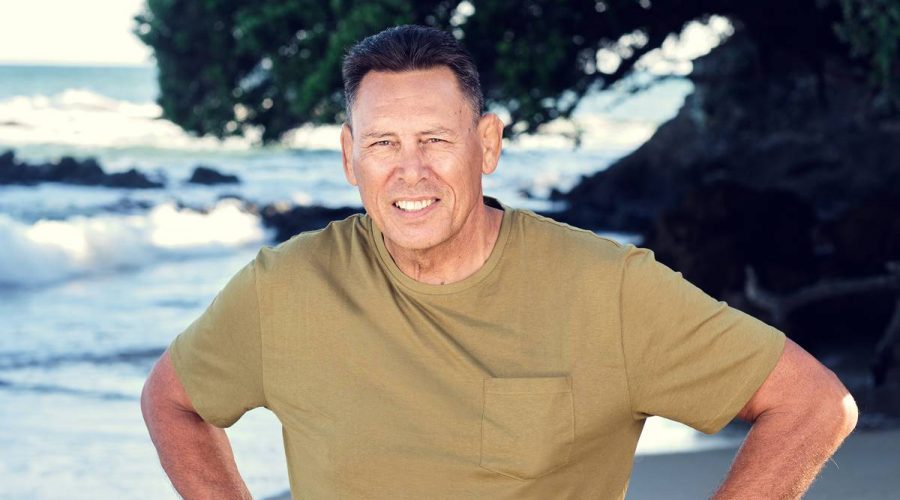 Some of New Zealand’s favourite famous faces will be going head-to-head on Celebrity Treasure Island later this year.

Matt Chisholm and ZM Drive host Bree Tomasel are returning to host the competition and put the celebrities through their paces.

Bloomfield appeared on our beloved soap for 24 years as Rachel McKenna, and now the 48-year-old is ready to tackle Celebrity Treasure Island.

She’s competing for her chosen charity PolyEmp, which helps young people with special needs get into their first job after school or into tertiary education.

The actress isn’t certain how her time will go on the island, but she is eager to compete.

“I’m not nervous, there are two extremes – I am either going to turn into a camp mum, or I am going to have a panic attack at the top of some mountain. But I am okay with either of those!”

A competitor who needs no introduction is All Blacks legend Sir ‘Buck’ Shelford.

The 63-year-old former All Black and men’s health advocate is competing for his chosen charity Te Kiwi Maia, which works to support our country’s first responders.

Shelford says he’s turned down plenty of other reality shows before, and his common sense will be one of his biggest strengths.

“I’ve been asked before to do a lot of these sorts of programmes and I turn them down because I am so busy in my life doing the things that I want to do.

“I don’t really class myself as a celebrity,I am just an ex-rugby player. I tend to spend a lot of my spare time working with the charities,” he says, adding being president of a rugby club keeps him busy, as do his grandkids.

Parker, who entertained the country with his hilarious skits and epic felting skills during our Covid-19 lockdowns is trading in the stage for a competitive island paradise.

“I am gay. I wanted to support a charity that advocates for and supports queer youth in New Zealand.”

He decided to sign up for Celebrity Treasure Island to give himself the ultimate challenge.

“Life can be so boring and routine like,” he says.

“My greatest strength is my gorgeous body! No, I think I will be a big supportive player: I am playing for the team. There’s no deceit with me – I am all honesty and all love.”

Tyson won the Miss World New Zealand pageant in 2018, and now works as a reporter for Te Ao Māori news at Māori Television.

The 28-year-old is competing for her own charity Brave, which helps young people affected by sexual violence.

Tyson has a competitive streak and will use that to her advantage in the competition.

Joining fellow comedian Chris Parker on the island is Joe Daymond, who boasts more than 100,000 followers on his social media accounts. He uses his platform to entertain and educate against racism.

The 24-year-old’s chosen charity is Movember: “I’ve been a really big advocate for mental health, and men’s health in particular,” he says.

He’s preparing his body for the dietary restrictions on the island.

“I did hear that we are strictly on rice, so I have eaten nothing but sushi for three meals a day.”

Mediaworks radio host Lana Searle (Ngāti Kuri) plans to use strategy and knowledge of the outdoors to her advantage on the island.

The 34-year-old is supporting a charity founded by her iwi called 4th Gen, which works to find ways to educate people on the culture and biosecurity issues our ecosystem faces.

“I am most comfortable in the underdog environment.”