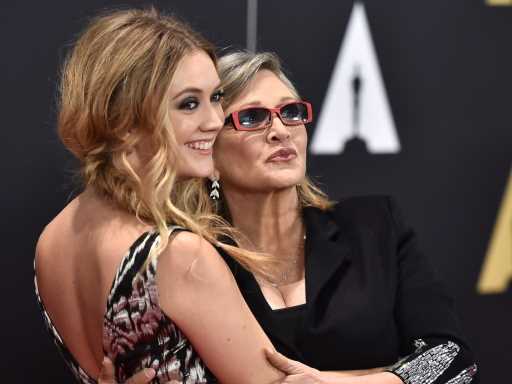 There’s nothing comparable to the grief experienced after losing a parent you were so close to. But for Billie Lourd, the actress and daughter of the late Carrie Fisher, is trying to put into words how she’s processing her grief five years following her mother’s death. Lourd took to Instagram on the anniversary of her mother’s passing and shared a moving message about all the emotions that come with grief, and how there is no blueprint for navigating loss.

“People always ask me what stage of grief I’m in. And my answer is never simple,” Lourd began the caption to her recent Instagram post, which featured an adorable photo of the Booksmart star when she was a toddler with her mom and a Koala. “I’m in a different stage of grief in each moment of every day,” she continued.

Lourd’s description of her grief completely resonated. She described it as a “multi course meal with many complicated ingredients. An amuse bouche of bargaining followed by an anger appetizer with a side of depression, acceptance for the entree and of course a little denial for dessert.” Lourd went on to say all of those complicated feelings are “how grief should be — all things all at once — actually there is no ‘should’ in grief — grief just is whatever it is for you and that is how it ‘should be.’”

It’s been five years since Lourd lost her mom on December 27, 2016. The famous mother-daughter pair were incredibly close, and Lourd has rarely publicly disclosed how she’s been coping with the loss of her mother — and her grandmother, Debbie Reynolds. In the time since Fisher and Reynolds’ passing, Lourd got engaged and welcomed her first child in September 2020. No matter how much time has passed, though, it’s so clear that Lourd is always thinking of her mom, and keeping her memory alive.

Before you go, click here to see which celebrity kids lost their parents too soon.