Carole Radziwill left the Real Housewives of New York City two years ago, but that didn’t stop her from weighing in on Dorinda Medley’s exit.

“Dorinda was only ‘real’ HW,” the 57-year-old journalist tweeted on Tuesday, August 25. “So no more truth telling too. Trust me that’s a main reason cast is let go. Telling the truth & exposing fake cast members & their storylines & how its all manipulated by production.”

Hours later, Radziwill, who starred on RHONY from seasons 5 to 10, returned to Twitter to share a photo with Medley, 55, throwing more shade at the remaining castmates Ramona Singer, Luann de Lesseps, Sonja Morgan and Leah McSweeney. 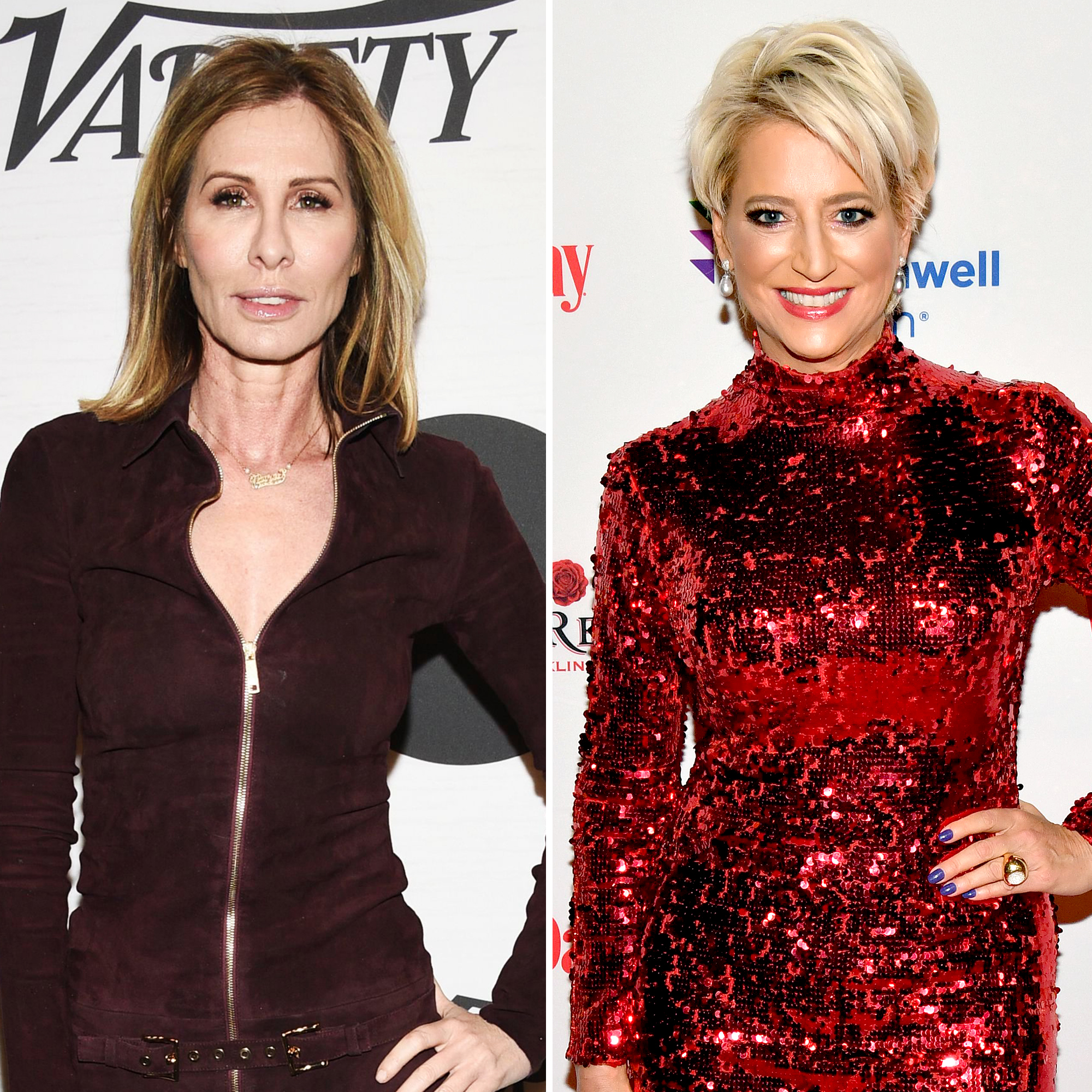 “And so it goes … #Rhony Fans will miss her quips, her humor, her in your face bulls—t detector & her intelligence,” Radziwill tweeted on Tuesday. “But what they will come to miss the most is her honesty and realness in a sea of mendacity. Onward, my love. @DorindaMedley.”

Biggest ‘Real Housewives’ Feuds Ever — And Where the Relationships Stand Today

Medley announced her departure on Tuesday via Instagram. “What a journey this has been. I have laughed and cried and tried to Make it Nice. But all things must come to an end,” she wrote. “This was a great outlet for me to heal when my late husband Richard passed away. I have met so many interesting people and learned so much about myself, about life and about women along the way.”

A source subsequently told Us Weekly that it was a mutual decision for Medley to walk away from the show ahead of season 13.

“Dorinda had a meeting with Bravo where they talked about possible shake-ups in the cast, how Dorinda was feeling after this very hard season for her and they both agreed it would be best for her to step down,” the insider said. “Friends around Dorinda are hoping she takes time to focus on herself and making herself happy in this next chapter of her life.”

While Bravo has yet to announce official plans for season 13 of RHONY, Andy Cohen previously gave insight into how production makes casting decisions in-between seasons.

Former ‘RHONY’ Stars: Where Are They Now?

“It’s usually a conversation,” the executive producer said at the Tribeca TV Festival in 2018. “At the end of every season, we talk to the women about what they have coming up and whether they want to come back. What they see for the future. Then we also look at the show and say, ‘How do we want to change the show?’ I think part of the reason the entire franchise is successful is it’s an ensemble show.”

08/25/2020 Entertainment Comments Off on Carole Shades ‘RHONY’ Cast After Dorinda’s Exit: 'The Only Real' Housewife
Recent Posts
We and our partners use cookies on this site to improve our service, perform analytics, personalize advertising, measure advertising performance, and remember website preferences.Ok