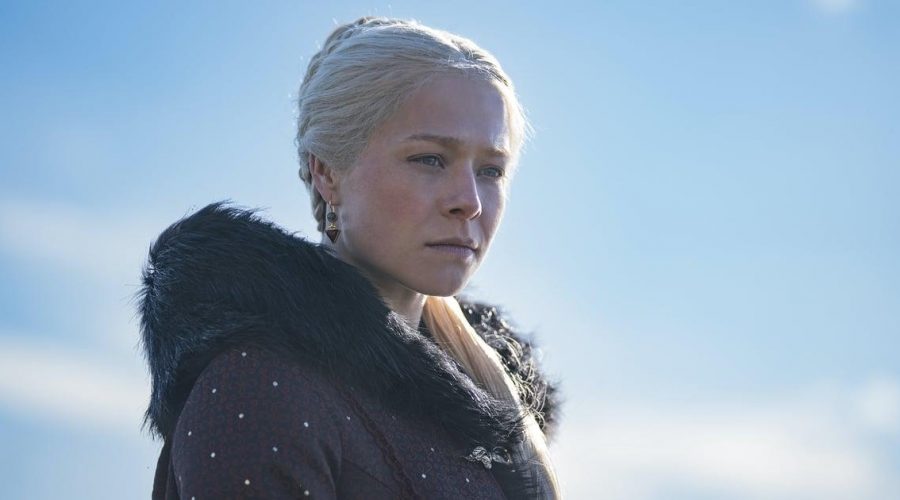 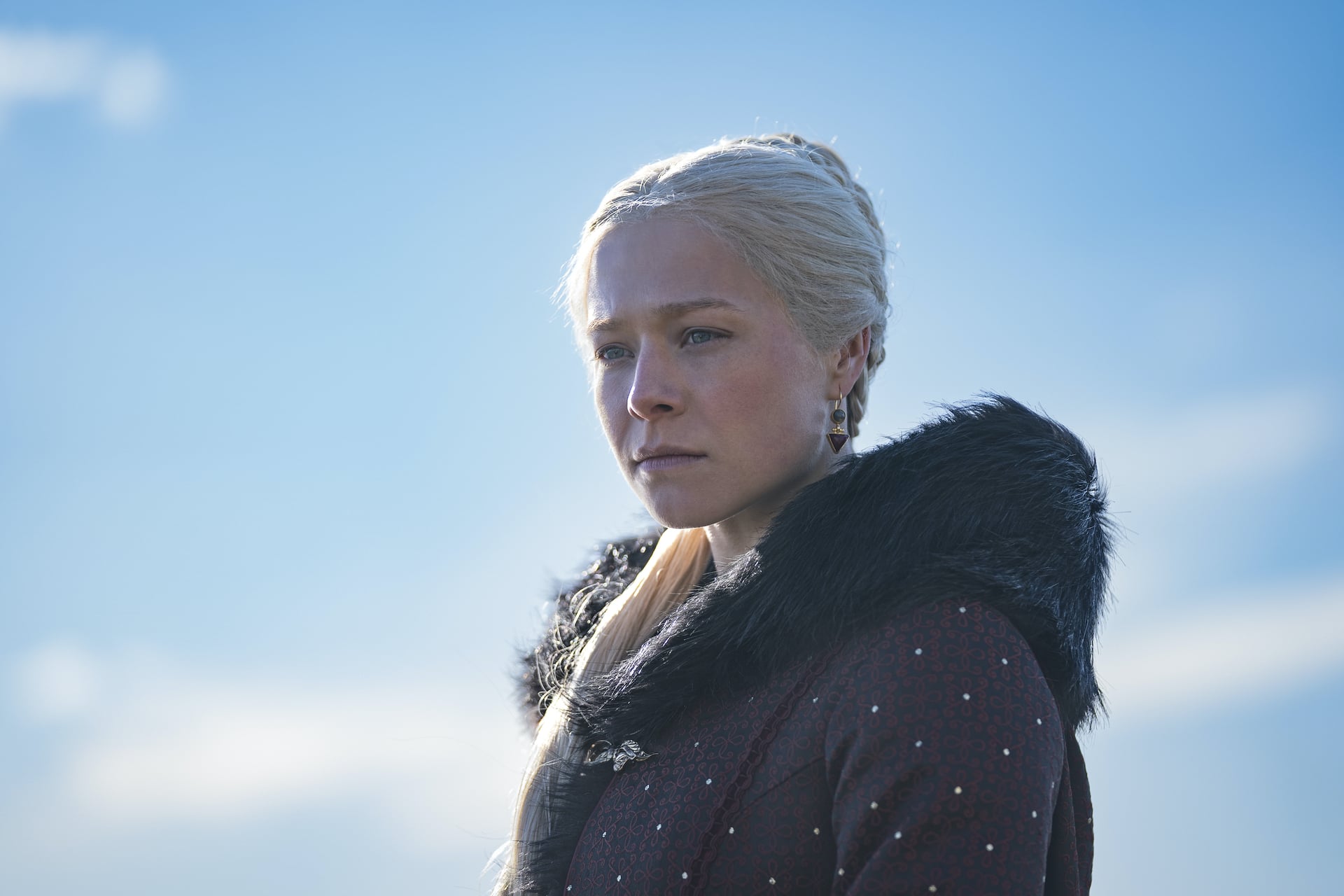 The upcoming HBO series “House of the Dragon” follows the story of House Targaryen centuries before the events of “Game of Thrones.” The George R.R. Martin book this series is based on, “Fire and Blood,” is actually the first in a planned two-volume set chronicling centuries of Targaryen rule in Westeros. While “House of the Dragon” will likely follow “Fire and Blood,” it’s very much possible that this series will make some major departures from the source material as “Game of Thrones” did. However, if you’re looking to get a complete overview of Martin’s original version of the story, you’ve come to the right place. Read on, but beware: The night is dark and full of spoilers.

“Fire and Blood” begins with Aegon I’s conquest of Westeros after he leads his family out of Essos. After a lengthy civil war in his homeland is settled, Aegon turns his attention west to unify the Seven Kingdoms under his own rule. The war rages for approximately three years, with some of the great Houses of Westeros surrendering quickly, while others resist.

Among the Houses conquered in Aegon’s invasion are several names that “Game of Thrones” fans will recognize. House Baratheon comes into play, when Orys Baratheon, a Targaryen commander, overruns the Stormlands and marries the daughter of the Storm King to establish his own noble house. In the west, Houses Gardener and Lannister ally against Aegon and fight a great battle. House Lannister is conquered, House Gardener is extinguished, and the Gardeners’ stewards, House Tyrell, surrender and ally with Aegon.

In the North, Torrhen Stark chooses to bend the knee to Aegon rather than cause more bloodshed. Only Dorne truly holds out, with a promise of a greater battle to come. Aegon turns the swords of his former enemies into the Iron Throne and chooses to rule from a new city, King’s Landing.

The book chronicles the subsequent years of Aegon’s reign, as well. One of the most notable events during his reign is his ongoing attempt to conquer Dorne. After a series of lengthy battles in which neither side achieved decisive victory, Aegon and House Martell agree to be at peace. In the years following Aegon’s death, his sons, Aerys I and Maegor I, deal with their own problems, including rebellions that they need to suppress.

The Reign of Jaehaerys I

A large section of “Fire and Blood” is dedicated to the reign of Jaehaerys I, the longest-ruling Targaryen king. Known as the “Wise” king and the “Conciliator,” his reign starts out with conflict, when he chooses to marry his sister, Alysanne. Jaehaerys resists the attempts of many — including his own mother and advisors — to stop the marriage or remove him from power.

Jaehaerys’s reign involves many ups and downs. He institutes many reforms in Westeros, from changes in taxes, to creating a comprehensive set of laws. He also deals with both man-made and natural disasters, including a famine and subsequent plague that kills indiscriminately, including one of Jaehaerys and Alysanne’s own children. The couple have thirteen children, with nine making it to adulthood. Notable among them are their eldest son and heir, Aemon, who marries a Baratheon lady, and Baelon, who marries his sister Alyssa and has three children: Viserys, Daemon, and Aerys.

The death of Prince Aemon throws Jaehaerys’s later reign into uncertainty. Aemon has no son, only a daughter, Princess Rhaenys. Jaehaerys (to the disapproval of many, including his wife) instead declares his second son Baelon to be the new heir. This decision proves to be a pivotal point, as Baelon also does not outlive his father, leaving the succession even more complicated.

The Dance of the Dragons

Following Jaehaerys’s death, after a 55-year reign, his grandson Viserys becomes King Viserys I. The question of Viserys’s successor winds up being the cause of a major rift within the Targaryen clan with permanent consequences. Viserys’s first marriage, which ends when his queen Aemma dies in childbirth, only produces one heir: Princess Rhaenyra.

Viserys chooses to make her his heir, and raises her from childhood to be ruler. Later, however, he remarries, and this time, he and his queen, Alicent, have sons. Rhaenyra also is married twice, with children from both marriages. Her second marriage is to Prince Daemon, her father’s younger brother.

When Viserys dies, he still intends Rhaenyra to succeed him, but Alicent and their eldest son Aegon have other plans. Aegon is crowned Aegon II, while Rhaenyra isn’t even told of her father’s death until after Aegon’s takeover. When she learns the truth, she vows revenge and establishes her own, rival council to take back what she believes is her rightful inheritance.

The war drags on for several years, with the rival Targaryen factions gaining and losing ground while also dealing with the constantly shifting allegiances of those around them. Several heirs from both claimants to the throne are killed. A battle between dragonriders — Rhaenyra’s half-brother Aemond and her husband Daemon — ends with both of them crashing to the ground. Daemon’s body is never found.

In the end, both Aegon II and Rhaenyra are only able to rule briefly. Eventually, both are killed, along with many of their family members and dragons. Rhaenyra and Daemon’s son eventually is crowned Aegon III, and he marries Aegon II’s daughter Jaehaera to unite the warring branches.

Following the Dance of the Dragons, Targaryen succession becomes more complicated, male-dominated, and controversial. The civil war also nearly wipes out dragons altogether. “Fire and Blood” chronicles only the beginning of Aegon III’s reign, while he is still a boy under a regency. The currently unpublished sequel is likely intended to carry on the Targaryen history until it catches up with the events of “Game of Thrones.”

04/20/2022 Entertainment Comments Off on Can't Wait For "House of the Dragon"? Read the Spoilers in "Fire and Blood"
Recent Posts