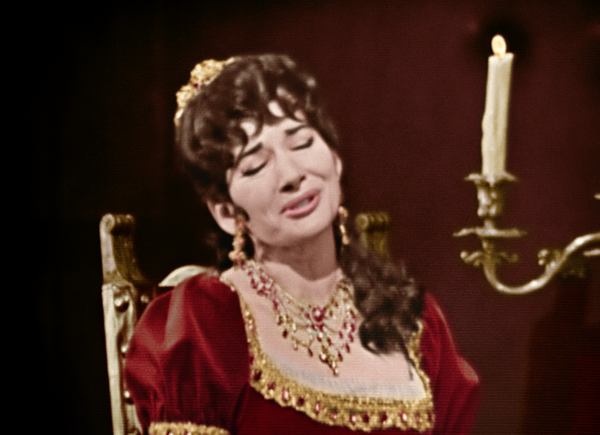 Readers and listeners, this week I saw essential film documents of two of the 20th century’s greatest divas. “Maria by Callas” is an impressionistic, melancholy portrait — primarily a self-portrait, heavy on candid, little-read letters — of the meteoric rise and slow decline of the celebrated soprano. “Amazing Grace” is a sweatily veristic immersion in the two-evening recording of Aretha Franklin’s 1972 gospel album — with choir, in front of an amazed, raucous audience in an intimate Los Angeles church. 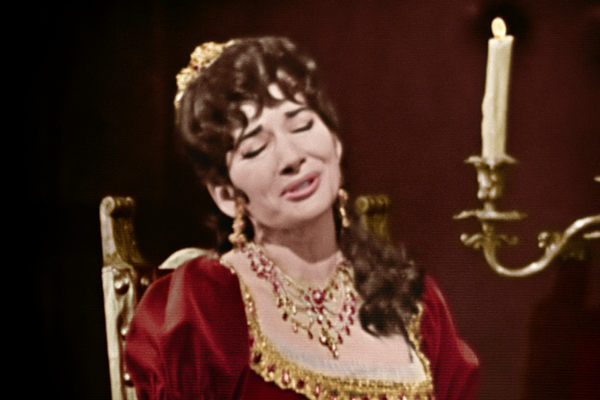 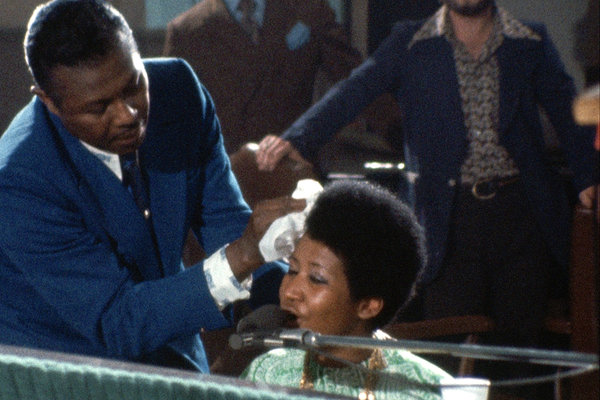 In both films, passing details that bring these giants to human life are what catch your heart: Aretha putting on her makeup before going on the second night; her clasping the Rev. James Cleveland’s hand behind her back while she sings; a jokey glance from Callas as she walks backstage; blurry fragments of Bellini’s “Norma”; the charmingly fervent testimonials from young gays waiting hours outside for tickets for her return to the Met in 1965. (No, I don’t know they’re gay, but come on.)

“Maria by Callas” is crushing; “Amazing Grace,” a teeming potluck of virtuosity and heart. Don’t miss either.

And now for something completely different:

The baritone Mariusz Kwiecien, an audience favorite at the Metropolitan Opera, fell ill during the opening night of Bizet’s “The Pearl Fishers,” and had to pull out after the first act; his understudy, the baritone Alexander Birch Elliot, stepped in. As my colleague Corinna da Fonseca-Wollheim reported, during the fraught scene when Zurga chews over his longtime friend Nadir’s betrayal, Mr. Elliott “tore into the music with heated intensity,” winning cheers. Mr. Kwiecien eventually withdrew from the remainder of the run, and I heard Mr. Elliott in a complete performance on Wednesday. This 32-year-old South Carolina native made a strong impression in an exceptional cast featuring Javier Camarena and Pretty Yende. His virile singing had rich colorings in softer passages and ringing top notes. Handsome and a good actor, he seems set to go. Here he is, not that long ago, singing Figaro’s signature aria from “The Barber of Seville” with a pianist in a studio at the Portland Opera. Even in this modest setting, Mr. Elliott’s robust voice and playful swagger come through. ANTHONY TOMMASINI

I wish I could tell you about the music at Anthony Roth Costanzo’s recital-extravaganza “Glass Handel,” but I didn’t hear any of it clearly until the final song. There were three sections inside the Cathedral of St. John the Divine devoted to the event: one with a screen for music videos (by the likes of James Ivory and Tilda Swinton); one with a platform for dancers (performing choreography by Justin Peck); and another with a screen upon which George Condo painted live and a stage for the ensemble the Knights and Mr. Costanzo, wearing costumes by Raf Simons. Whew.

A small army of assistants picked up seated audience members with dollies to wheel them from area to area. But on Monday, the only vantage point that offered acceptable acoustics was the one directly in front of the stage, where I ended up, at last, for Philip Glass’s electrifying “The Encounter.” Elsewhere, Mr. Costanzo’s voice was a tad too thin to penetrate the orchestra and fill the cavernous space.

Not that music seemed to be really the point of “Glass Handel.” It wasn’t about an insightful juxtaposition of works by two composers at opposite ends of the countertenor repertory (though that comes through more cogently on Mr. Costanzo’s recent album “ARC,” which you can stream with each track’s accompanying music video on iTunes). But it was a major event — self-consciously so, with a playbill full of hashtags and social media handles. It was as if the space had been double booked for a concert and a Fashion Week show; the scene was chaotic, and no single element, not even the singing, stood out amid the spectacle.

I applaud Mr. Costanzo’s ambition in rethinking what a recital can be. No matter the form, however, what it absolutely must be is music. JOSHUA BARONE

Though I was impressed by the creativity, collaborative effort and sheer audacity of “Glass Handel,” I found the mix of elements somewhat arbitrary. The piece never quite came together. It was like a three-ring circus, with the surreally costumed Mr. Costanzo, backed by the Knights (conducted by Eric Jacobson) singing on a central platform; four dynamic dancers off to one side; and a screen showing music videos off to the other. During the performance, patrons were moved — actually lifted up in their seats — from once section to others. I sort of enjoyed the ride, but was never placed particularly close to Mr. Costanzo and the orchestra, which was frustrating. I get a better sense of the musical resonances he detects between Glass and Handel from his singing on his new recording. Here, for example, he sings “The Encounter” from Mr. Glass’s 1988 melodrama “1000 Airplanes on the Roof.” ANTHONY TOMMASINI

One of the newest arrivals to the growing ranks of exciting countertenors is the Polish-born, Juilliard-trained Jakub Jozef Orlinski, who turns 28 next week. A year ago he impressed me with a melting performance of Paola Prestini’s “Prelude and Aria” (from her opera “Gilgamesh”) with the American Composers Orchestra. This spring at Carnegie Hall, in more standard repertory, he was splendid as Eustazio in a concert performance of Handel’s “Rinaldo.” It turns out this charismatic singer is an accomplished break dancer! He is also an inquisitive musician whose latest, very fine Erato recording, “Anima Sacra,” presents a program of Baroque sacred arias by little-known composers, including Nicola Fago and Domenico Sarro, all touted as premiere recordings. Listen to Mr. Orlinski in Fago’s sublime “Tam non splendet sol creatus.” ANTHONY TOMMASINI

12/01/2018 Entertainment Comments Off on Callas and Aretha: The Week in Classical Music
Recent Posts