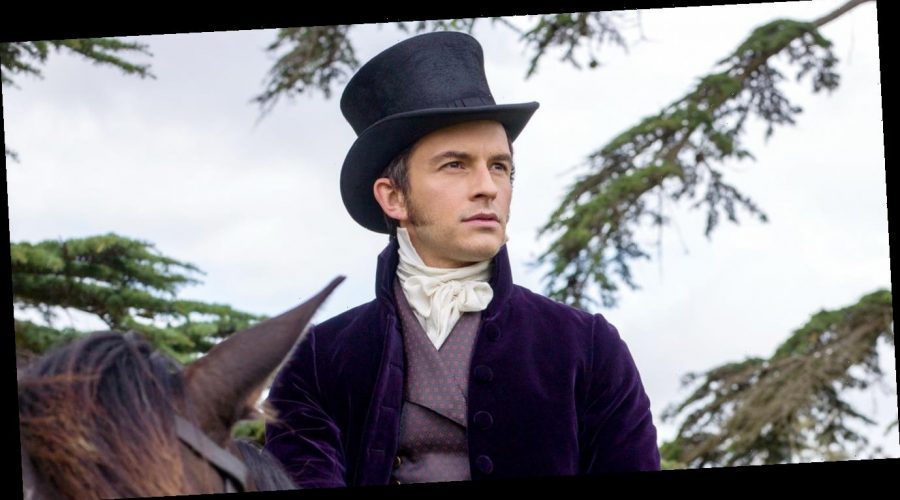 Biggest Differences Between Netflix’s ‘Bridgerton’ Adaptation and the Book Series

The actor, 32, revealed during a Thursday, March 11, interview with the Evening Standard that he hasn’t received negative feedback about playing Viscount Anthony Bridgerton on the Netflix series Bridgerton as a gay actor.

“Bearing in mind the internet is a place where anyone can say anything, there hasn’t been anyone who’s had any animosity, or challenged it, so that’s good,” he told the outlet. “Yes, I’m looking forward to gay actors playing gay parts, but for me it’s so important that everyone at home can see a bit of themselves on screen, to allow them to feel heard and seen, and also allow them to have aspirations.”

Bailey noted, “Good actors can do anything, and there’ll be amazing writers who are willing to write for everyone. If there are people who don’t have access to creating their own TV shows or telling the stories they want to tell, then absolutely, everyone has to make space for them. That’s not just to do with gender or sexuality. It’s to do with race, religion and everything else.”

Everything We Know So Far About ‘Bridgerton’ Season 2

The England native told the Evening Standard there’s a need for more gay roles so gay actors — or any actor — can fill them. “It’s about redressing the balance of access to roles,” he explained. “There just aren’t that many gay roles, so when straight actors go to take that space up, it’s eliminating the chance for other [gay actors].”

The Broadchurch alum noted that while actors once needed to keep their sexuality to themselves to make their parts more believable, he doesn’t think that’s the case any more.

“We know there has been a history of needing to be closeted to succeed and be famous, especially in acting. And the idea of not being able to believe heterosexual relations and narrative if you know one of the actors is gay … everyone should be able to play absolutely everything. But let’s blow away all the cobwebs, and one of the hang-ups and shadows of the past is that we need to be a lot more open to the idea of sexes playing different sides,” Bailey suggested. “There have been amazing performances by straight people playing gay and by gay people playing straight.”

“I’m not one to jump onto labelling. As an actor, you certainly hope you can be a visible option for all kinds of different roles. I played a character [in How I Met Your Mother] for nine years that was nothing like me,” he explained at the time, adding that he believed Davies was “speaking more about the joyfulness of being able to be authentic.”

Harris, 47, went on to note that plenty of actors, including Aidan Gillen, Craig Kelly and Charlie Hunnam, have played gay men on TV despite being straight. In fact, the trio starred as gay men in Queer as Folk, a show Davies also created. The Gone Girl star added, “I think there’s something sexy about casting a straight actor to play a gay role if they’re willing to invest a lot into it.”