A total dog guy! Brad Pitt bonded with his canine costar in Once Upon a Time in Hollywood, according to Matt and Monique Klosowski, the pit bull’s handlers.

“They did develop a bond, absolutely,” Matt exclusively told Us Weekly at the Cinémoi Oscar Party benefiting Children Uniting Nations in Beverly Hills on Sunday, February 9, adding that the actor, 56, is a dog lover. (As of the time of his Summer 2017 GQ Style cover story, Pitt had a bulldog named Jacques.)

Matt also revealed the dog, whose real name is Sayuri, did obedience training before her scenes with Pitt to make sure she knew “cues and marks and eye contact.” (Her stunt double in the film was Cerberus, another dog the Klosowskis have raised at Delaware Red Pitbulls.) 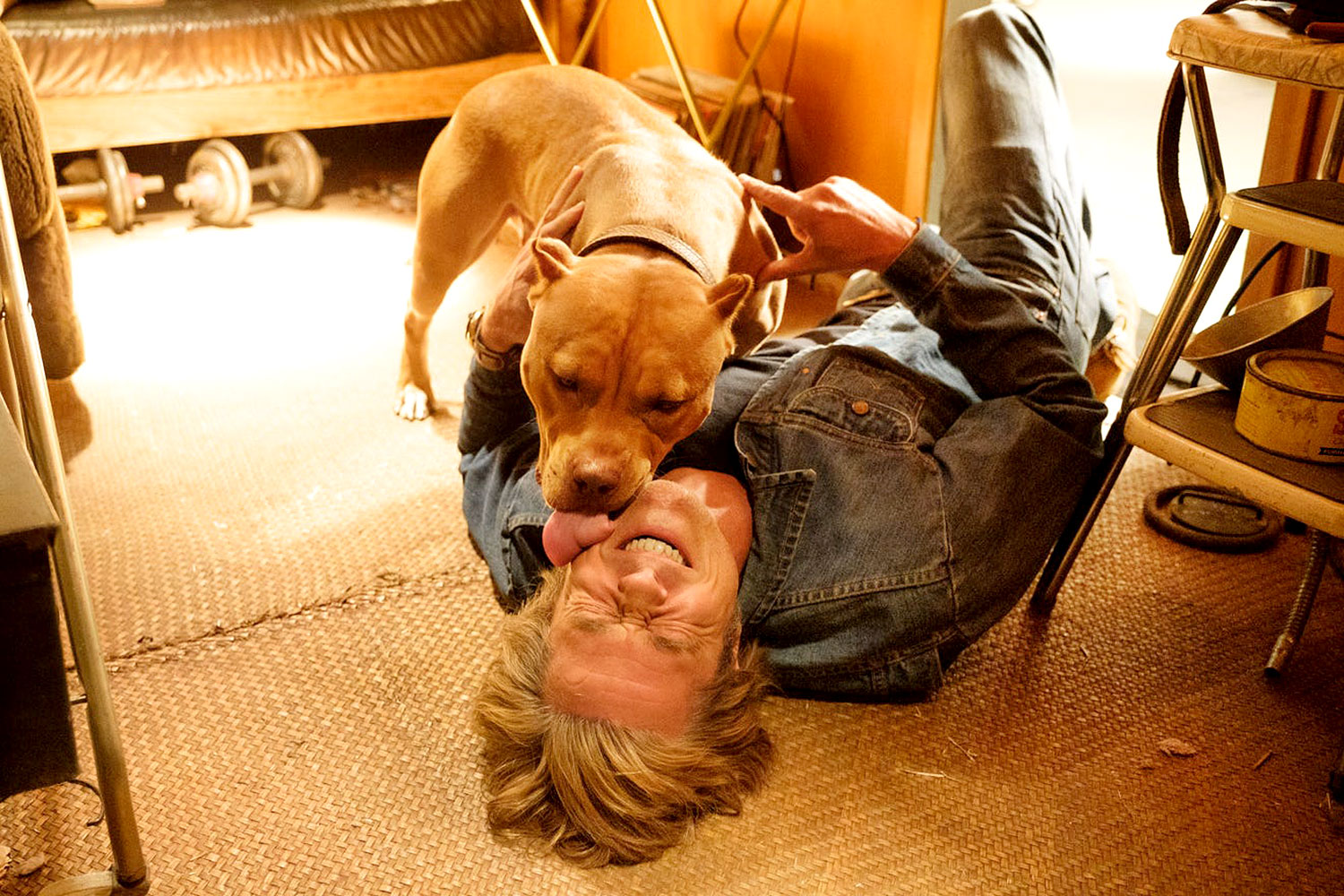 Sayuri was popular on the set of the 1960s-set drama, Monique told Us. “Everybody loved her,” she said.

Added Matt, “The chemistry [on set] was great, and it worked out great.”

Pitt won Oscar gold on Sunday, taking home the Best Supporting Actor statuette for his performance as stuntman Cliff Booth in the Quentin Tarantino film. But Sayuri won a prestigious prize months earlier, claiming the Palm Dog Award at Cannes Film Festival in May 2019 for her performance as Cliff’s four-legged companion, Brandy.

“I have to say, I am so honored to have this,” Tarantino, 56, said as he accepted the award on Sayuri’s behalf, per Deadline. “I want to dedicate this to my wonderful actress Brandy. She has brought the Palm Dog home to America.”

Tarantino gave Sayuri high marks for her job in the Oscar-nominated film. “When I was editing the movie I realized, she’s a great actress,” he said at Cannes, according to The Hollywood Reporter. “I actually started seeing things in her face when I was cutting it together that I didn’t see on the day, so whatever little difficulties we had on set just really melted away when I saw what a great performance she gave.”

In July, Vice named Sayuri the best cameo of Once Upon a Time in Hollywood: “She brings it all — the laughs, the thrills, the action. If you don’t leave the movie immediately ready to adopt a pit bull, you watched the movie wrong. We all need a Brandy in our lives.”

With reporting by Christina Rath

Related posts:
02/10/2020 Entertainment Comments Off on Brad Pitt Developed a ‘Bond’ With ‘Once Upon a Time in Hollywood’ Dog
Recent Posts
We and our partners use cookies on this site to improve our service, perform analytics, personalize advertising, measure advertising performance, and remember website preferences.Ok