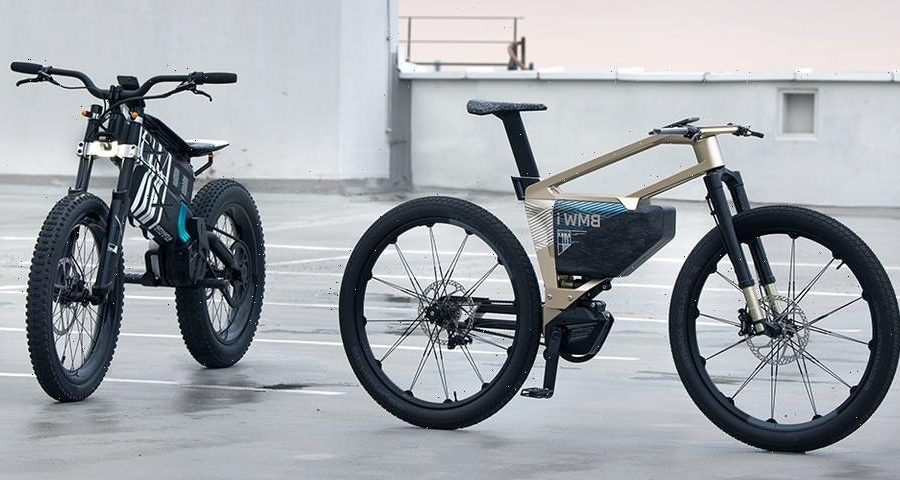 Following on from BMW‘s just-revealed i Vision Circular concept car, the German marque and its sub-brand BMW Motorrad have unveiled their respective versions of the i Vision AMBY.

Starting with the BMW Motorrad Vision AMBY, which is the machine that’s more akin to a traditional motorbike, we find an all-electric powertrain that’s controlled using a throttle grip that is capable of hitting different speeds depending on the location or situation you are riding. For example, it’ll hit 15 MPH on cycle paths, 28 MPH on inner-city roads, or a top speed of 37 MPH on bigger roads outside of city centers. This modular speed concept is unheard of and aims to use geofencing technology to detect which road or path it’s being used on, subsequently introducing new laws and regulations for a vehicle such as this in the near future.

Edgar Heinrich, Head of Design BMW Motorrad, says, “The BMW Motorrad Vision AMBY takes us into new territory. For us, the focus is on user behavior — the question is: how will customers want to get around in the future? What will they expect their vehicle to be capable of? This was precisely the starting point of our deliberations. Our aim was to develop an extremely emotional vehicle for smart mobility in and around the city that offered maximum freedom. The BMW Motorrad Vision AMBY really does enable our customers to experience urban life in a whole new way, cover distances more flexibly and ‘break free’ of the city from time to time, too. At the same time, BMW Motorrad is consistently pursuing its electromobility strategy for urban conurbations. It’s a fascinating introduction to the world of BMW Motorrad that also promises maximum riding pleasure.”

With this in mind, BMW Motorrad wants riders to take this bike anywhere. This is possible thanks to chunky tires at the front and rear, as well as a design that tries to be faithful to a motorbike with components such as fixed footrests and a seat height of 830mm, while the whole machine weighs just 65kg — far less than your average motorbike.

For something that’s more focused on the everyday commute, look no further than the BMW i Vision AMBY. This is a high-speed e-Bike, and setting it apart from the Motorrad version is that riders will have to pedal to benefit from the electric assistance. BMW positions this as more than your average e-bike, as it utilizes four sculptural aluminum sections — made from recycled metals no less — to create a modern design that’s more robust than average e-bikes, while a 2,000 Wh battery offers up to 186 miles of range.

As this is part of BMW’s i Vision range, both bikes also have a focus on sustainability. In addition to the secondary metals used, it also features brake fluid derived from rapeseed oil, while “parts of the handlebars and battery cover are manufactured from ‘floating grey polymers,’ a recycled plastic also employed in the bumpers of the Vision Vehicle.”

Take a look at the BMW and BMW Motorrad e-bikes above, and find out more on BMW’s website.