The writer said he has also other non-interactive stories in the pipeline for the hit Netflix series that hopefully will “engage you in some way as a human organism”.

The latest instalment of the Black Mirror sci-fi series follows the life of a video game developer in the 1980s who becomes convinced that he is living in a game.

The format of the episode, called Bandersnatch, imitates a video game as it prompts the viewer to make decisions for the main character.

Brooker told Sky News: “I think I would do another interactive thing. It’s been really fascinating doing this because I learnt a lot, it’s sort of half way between writing a story and writing a piece of software.

“Midway through I was thinking I will never ever do that again, and then annoyingly I’ve had some other ideas which maybe aren’t even Black Mirror things where you could use this in a way.” Brooker admitted the interactive format of Bandersnatch would never “supplant normal storytelling, it’s just another different form of it”.

He told Sky News he initially said no to the idea, but it turned out to be an exercise in nostalgia.

“The inspiration came from a number of things,” he said.

“One – Netflix saying ‘would you like to do an interactive episode?’ To which I said ‘no’.

“And then I had an idea which would work – which was annoying – because then we had to do it.

“Interactive stories are nothing new, they’ve been around for decades, for me as a fan of video games, it was an exercise in nostalgia. “I think what’s different about this is that it works seamlessly on a platform on which people who have no interest in games are now stumbling across and are going ‘oh hello’.”

The format harks back to the “choose your own adventure” books from the 80s – some of the first to let the reader choose how the story unfolds.

Ian Livingstone and Steve Jackson were pioneers of the format and authors of the Fighting Fantasy series.

Livingstone told Sky News how difficult it was working with the format.

He said: “It’s a nightmare writing them because you’re writing multiple storylines at once and you’re having to go backwards to insert items.

“It’s 400 paragraphs broken up and you make a decision at the end of each paragraph, open the door, don’t open the door, so there are hundreds of ways of going through the book but only one correct way.” 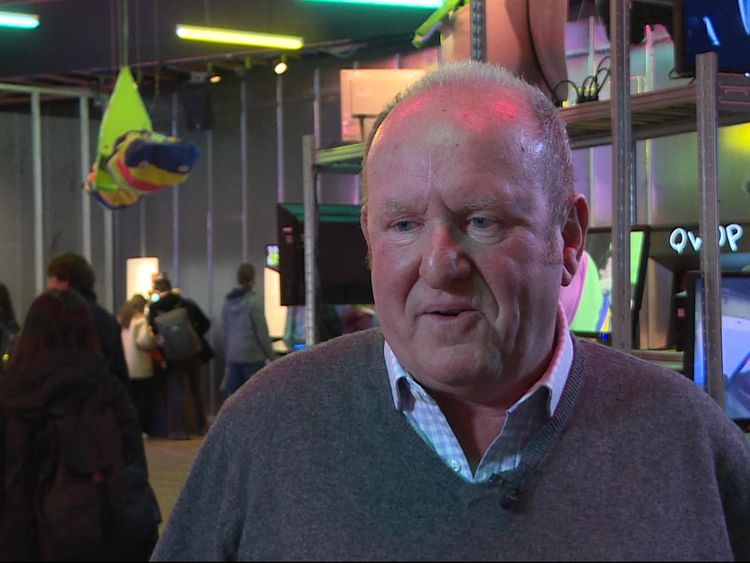 He added: “I used to love laying rose petals for kids to fall to their doom on poisonous spikes, but that was the appeal – taking decisions about what was round the next corner and they were hugely successful, selling 20 million copies.”

Netflix’s Bandersnatch is an example of the streaming service innovating to hold on to audiences in what is becoming an increasingly crowded market.

Ed Cummings, TV critic for the Independent, believes it’s not the future of television but does show how the service is willing to “throw the kitchen sink at keeping people interested”.

“I’m sure we haven’t seen the last of it. Will it catch on? I have to say probably not,” Cummings told Sky News.

:: Bandersnatch is available on Netflix now