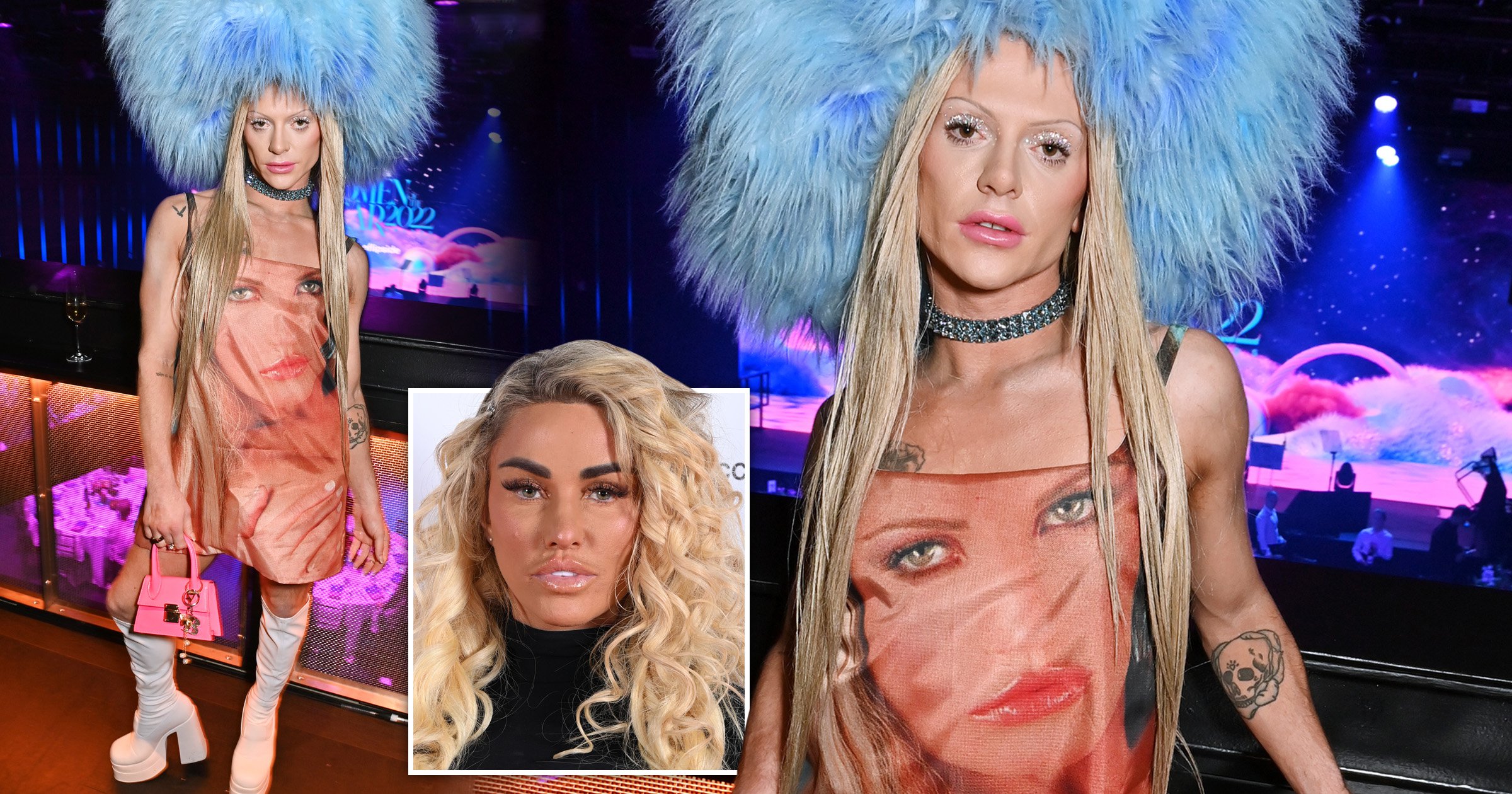 It’s no secret Bimini loves a bit of Katie Price – so much so, in fact, that they wore a dress with Katie’s face on it to the Glamour Women of the Year awards.

The RuPaul’s Drag Race star, 29, stole the show on the red carpet, rocking an enormous blue furry hat, white knee-high go-go boots and a tiny pink handbag, as well as a diamanté choker.

However, the standout part of the outfit was without a doubt the dress – which was covered with a giant portrait of Katie Price.

Bimini makes no secret of the fact they are a fan of the former glamour model, 44, even winning the show’s Snatch Game challenge with an impression of The Pricey.

In last year’s series, the drag queen mimicked Katie’s This Morning interview where she talked about her mum’s illness, being held up at gunpoint and her horse being killed.

‘As you know Ru, you might have heard in the press I’ve had a hectic year,’ Bimini said. ‘My implants got held at gunpoint in South Africa.

‘I walked in the stables and caught my horse cheating on me again so I didn’t have any time to write anything.’

Thankfully, Katie is said to have found the skit ‘very funny’, with a source exclusively telling Metro.co.uk at the time:‘Katie is delighted to be an inspiration to Bimini’s impersonation of her and wishes [them] all the best.’

Viewers applauded Bimini for their ‘hysterical’ impersonation of Katie and branded their characterisation ‘brilliant’.

Katie has yet to react to Bimini’s tribute to her in their Glamour Women of the Year awards outfit, but something tells us she will probably love it.