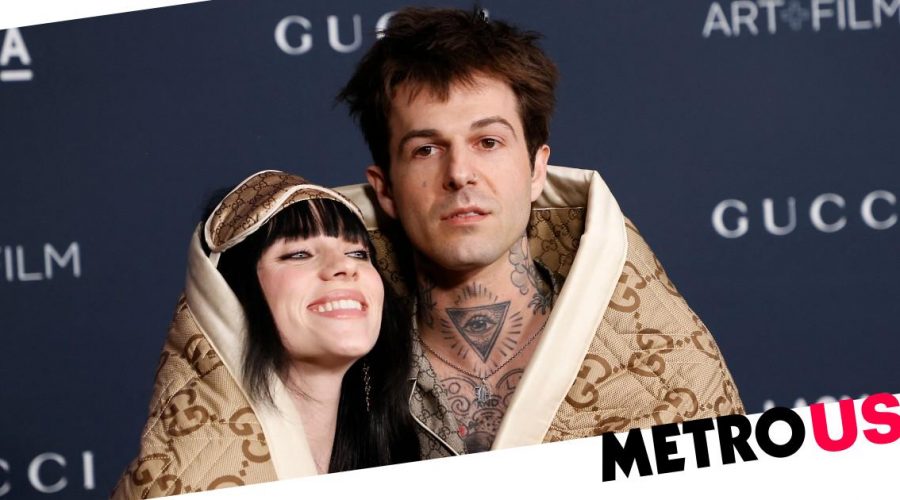 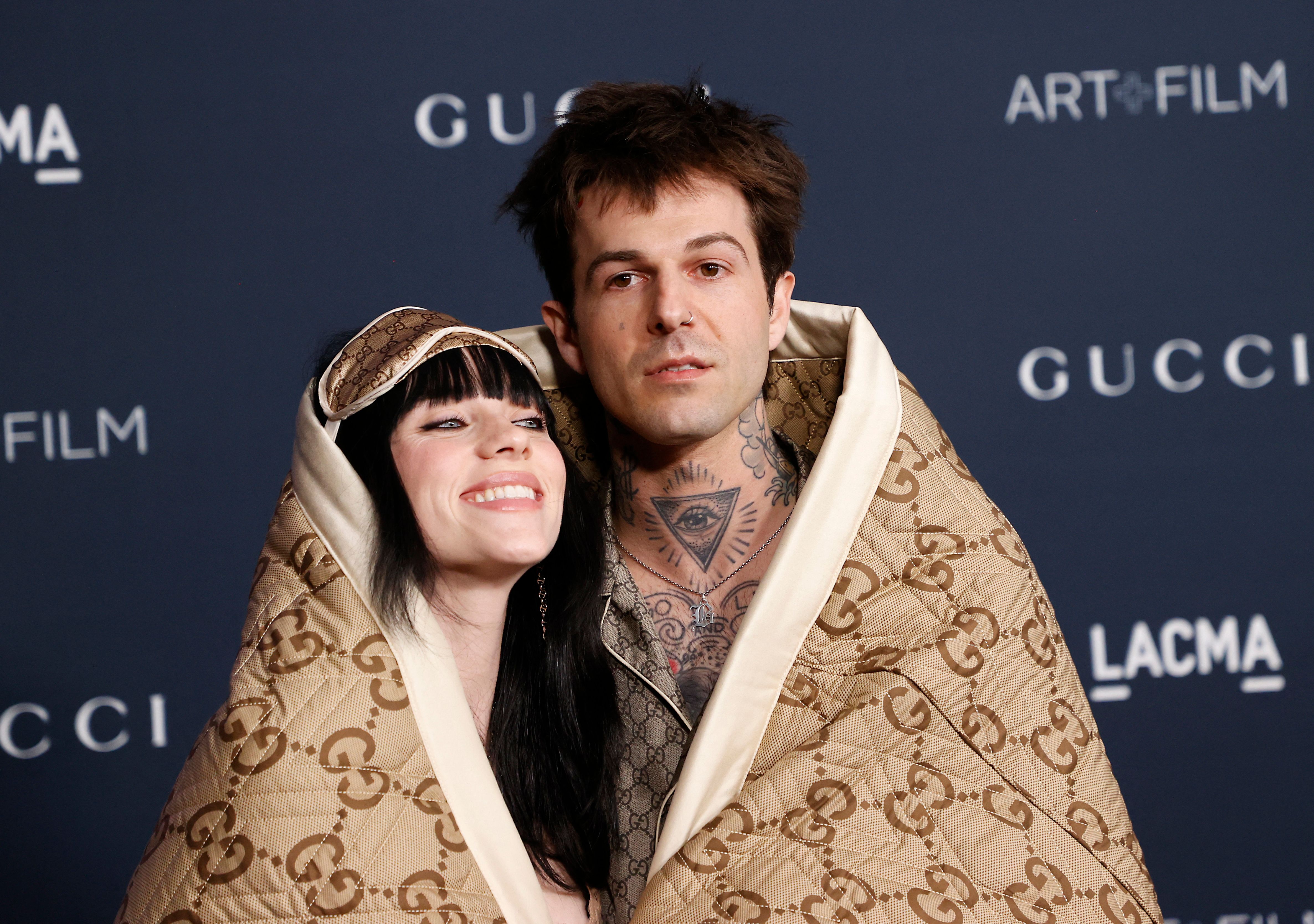 Billie Eilish and her boyfriend Jesse Rutherford got quite literally very cosy as they took to the red carpet wrapped in a Gucci blanket.

Because when getting out of bed is a struggle, just bring your bed with you, right?

The Bad Guy hitmaker, 20, recently appeared to mock the age gap with her new man, Jesse, 31, with their bizarre couple’s Halloween costume – and it seems she is continuing to not care a smidge about what people think.

The couple attended the star-studded LACMA Art+Film Gala in pyjama-inspired looks, with Billie rocking a Gucci gown with lace detail, complete with an eye mask on her head and mesh gloves.

Jesse also looked luxurious in his Gucci pyjama get-up, with the pair completing the look by wrapping themselves entirely in a blanket as they posed for the cameras.

They looked smitten as they laughed together and cuddled up close for their photos.

The couple were first seen out together in public in October, after a fan posted a video to TikTok of what appeared to be Billie and Jesse holding hands as they exited one of the scary houses together at Universal Studios’ Halloween Horror Nights.

They were then spotted on two dinner dates in Los Angeles, with them exiting Studio City Indian restaurant Lal Mirch with their arms wrapped around one another on October 18.

The pair have also seemingly mocked criticism over their 11-year age gap with a very controversial couples’ Halloween costume, with Billie dressing up as a baby doll and Jesse as an elderly man.

The No Time To Die chart-topper shared a snap on Instagram as she dressed in a pink outfit emblazoned with teddy bears and a matching bonnet, which she wore alongside pink bunny rabbit slippers, white tights, a blonde wig and doll-like make-up.

Meanwhile Jesse was wearing a bald cap and fake grey moustache, with make-up lightening the tattoos on his neck and dyed eyebrows.

However, many fans were not happy to see the outfits Billie and Jesse had chosen for Halloween, asking the star to delete the picture revealing their costume choices.

Billie was last publicly linked to Matthew Tyler Vorce, with the pair reportedly splitting in May following cheating rumours, which Matthew fiercely denied.