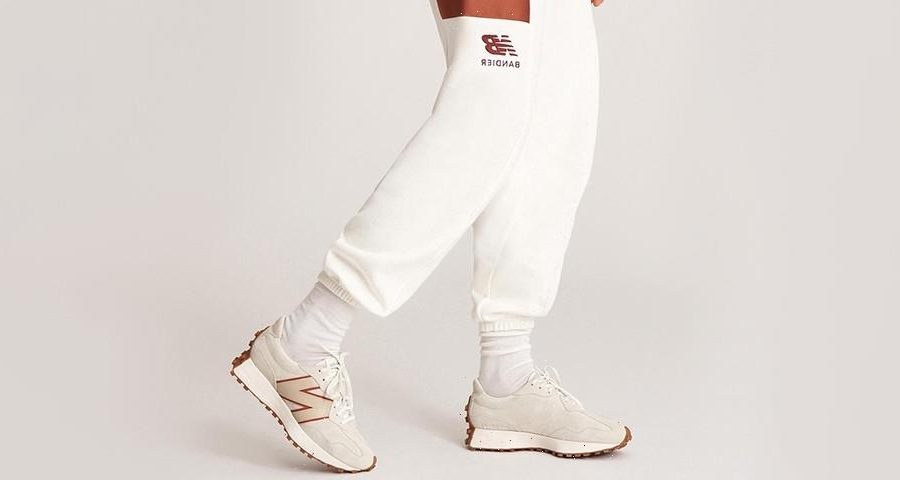 In this modern era of sneakers, it’s the collaborations that appear to drive the most excitement amongst the many footwear lovers across the globe. And one of the brands who has been excelling in this field is New Balance who has already dropped highly-revered projects with the likes of Bodega, Salehe Bembury and AURALEE this year. Now, the sportswear company is recruiting Bandier — a fitness-meets-fashion brand for the ladies — into its catalog to produce a new campaign and collection titled “Move Her World”.

Headlining the capsule are the sneaker products which entails striking New Balance 327 and a New Balance 57/40 iterations. The former is executed with full suede uppers that are drenched in a lighter gray hue and comes offset by off-white shoe laces and tongue trim. Brighter shades of pop out through the borders of the beige N logos that land on the lateral side. More off-white appears on the midsoles while the waffle treading is dyed with a gum exterior. The 57/40 pair makes use of the exact same color scheme, only it pronounces its accents in different volumes. Mesh underlays as well as the forefoot and heel leather overlays are dripped in gray while the tongues contrast with an off-white. The mid-foot takes a bolder approach by ushering in suede and maroon N logos while a fluorescent red sits in the background. Seated adjacent are a golden overlays that are positioned near the ankles.

Alongside the kicks is a full range of women’s apparel pieces including a duo of trench coats, fleece hoodies and joggers, corset tanks and high-rise tights. Peep a closer look at the assemblage up above and note that the collection will be dropping on August 5 via New Balance and Bandier. The kicks are priced at $130 USD and the clothes will range from $58-298 USD.