Move over Charli D’Amelio and Addison Rae! Jennifer Lopez and Jimmy Fallon took on the Watch It Once Dance Challenge and proved that they’re ready to be the next big TikTok stars.

The “On the Floor” singer, 50, appeared on the Friday, May 22, episode of The Tonight Show Starring Jimmy Fallon where she faced off against Fallon, 45.

“Jennifer and I are going to watch a TikTok challenge that neither one of us have ever seen before. We’re going to try to recreate it, and whoever gets closest to it wins that round,” the Saturday Night Live alum explained. 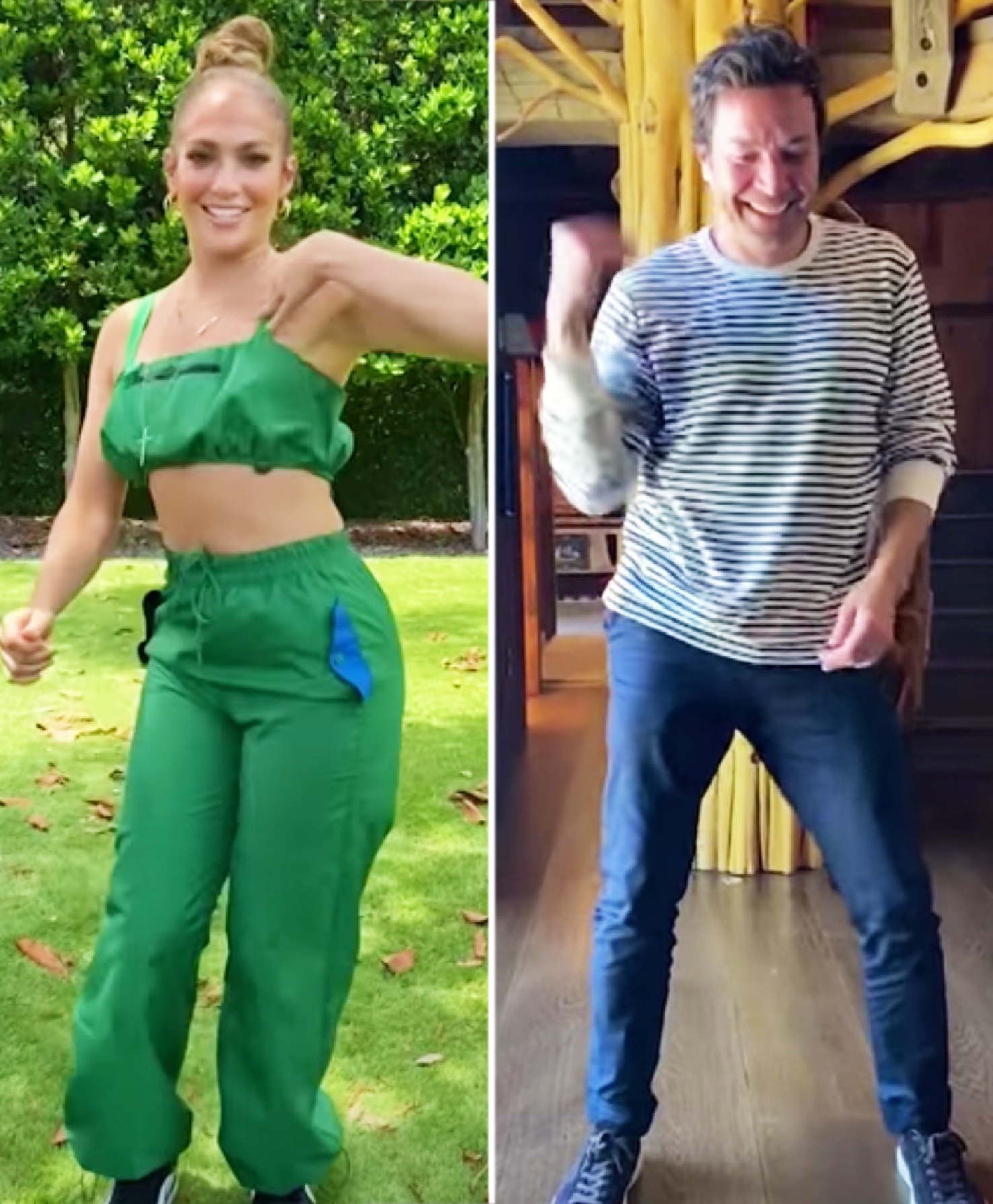 Lopez revealed that she was a little nervous that her children — 12-year-old twins Max and Emme, whom she shares with her ex-husband Marc Anthony — would judge her moves.

Fallon joked back, “I’m kinda known for my dancing so this is gonna be easy for me.”

The duo competed against each other in the “Laxed (Siren Beat)” challenge and the “Get Busy” challenge before Lopez asked Fallon to perform a dance that she choreographed for World of Dance season 4.

The Hustlers star was impressed with Fallon’s skills and noted that it can be difficult keeping up with the TikTok generation.

“That wasn’t bad! It’s hard to do these in one thing,” Lopez told the late-night talk show host. “These kids take hours to do their TikToks and get them right.”

Lopez previously teamed up with Fallon to dance during the “Tight Pants” segment on his show in June 2014.

Fallon isn’t the only celebrity pal who has gotten a recent dance lesson from Lopez. The “Dinero” songstress revealed on May 3 that she taught her Super Bowl coheadliner, Shakira, how to shake her booty.

Lopez shared a behind-the-scenes clip via Instagram from their Super Bowl rehearsal earlier this year.

While Lopez has been reminiscing on the past amid the coronavirus pandemic, she and her fiancé, Alex Rodriguez, have had to put their plans for the future on pause. The Second Act star told Fallon in April that she and the former New York Yankees player had to cancel their wedding ceremony in Italy due to the pandemic.

“We have to go with the flow now. Everything is fluid. Everything has been just on a pause,” she explained. “We’ll see where the world takes us. Obviously, this is an unprecedented time. And for us, we just want to make sure that we think safety first and make sure that all the little ones are in a good place.”

05/24/2020 Entertainment Comments Off on Back At It! Watch Jennifer Lopez and Jimmy Fallon’s TikTok Dance Challenge
Recent Posts
We and our partners use cookies on this site to improve our service, perform analytics, personalize advertising, measure advertising performance, and remember website preferences.Ok