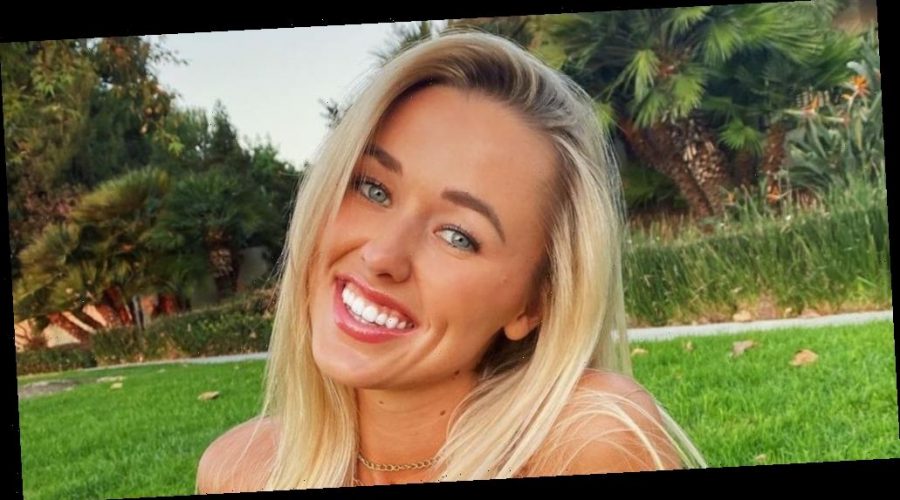 Nothing gets past Bachelor Nation! Heather Martin seemingly confirmed that she attended The Bachelor: The Women Tell All after viewers were convinced that she was edited out.

The 25-year-old reality TV personality took to Instagram on Thursday, March 4, to answer fan questions. After one user asked, “Were you at the women tell all?” Heather made a video recreating the moment fans seemingly spotted her sitting next to Kit Keenan. She laughed after turning her head to the side the same way she did on TV.

Social media users were quick to ask about Heather while the season 25 episode aired on Monday, March 1.

“Did ABC really think they could sneak Heather in without us noticing? #Bachelor,” one fan tweeted alongside a photo of a woman with long blonde hair on stage.

Another person wrote, “Am i the only one who sees heather?? #TheBachelor.”

Heather, who originally appeared on Colton Underwood’s season 23 of The Bachelor in 2019, appeared briefly on Matt James’ season earlier this year. While the model attempted to join the cast after their mutual friend Hannah Brown suggested they would make a good pair, the 29-year-old football player sent Heather home as he was already falling in love with one of his contestants.

“I had no relationship with her,” Matt told said of Heather on Us Weekly’s “Here for the Right Reasons” podcast in February. “But she does have a relationship with one of my good friends Hannah Brown. I was just as shocked to see her as everyone else was when she arrives.”

While the other women made it clear that they weren’t happy when Heather tried to crash the season, she revealed via Instagram that she has no regrets about her brief season 25 stint.

“By taking chances and facing my fears head on, I will be able to live a life without regret, knowing I fully embraced life and everything it had to offer without letting anything pass me by,” she wrote on February 15. “I may get my heart broken or face some disappointments along the way, but hey that’s life and I will gladly take those disappointments knowing that I am not letting fear run my life. I am living in faith not in fear and learning that when something scares me, instead of running away I am going to … ✨DO IT AFRAID✨.”