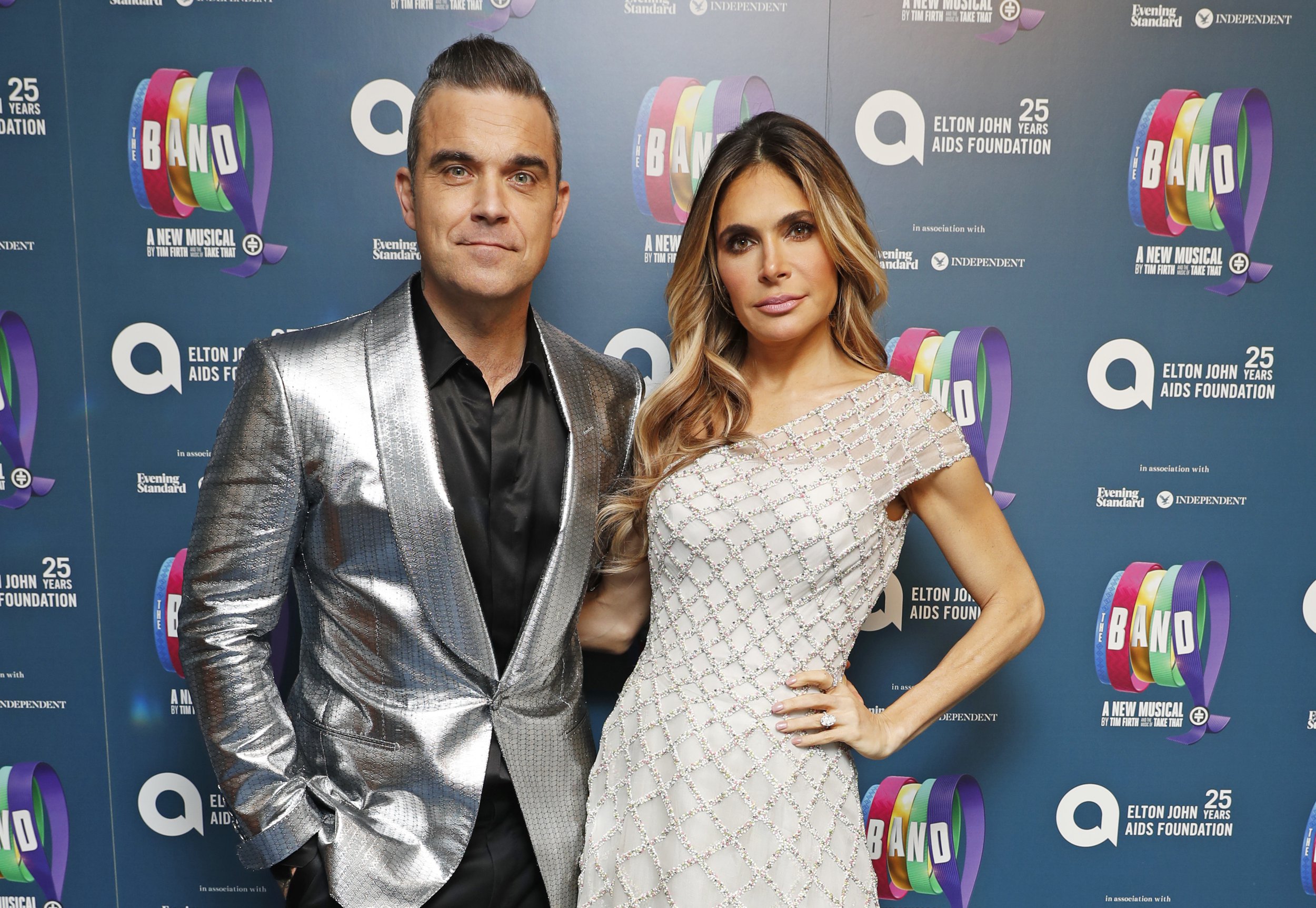 Ayda Field has described her and Robbie Williams’ bed as a communal sleeping area and claimed their sex life is ‘completely dead’.

The 43-year-old actress has bemoaned the fact that since the arrival of their four children, the couple – who have Teddy, nine, Charlie, seven, Coco, three, and two-year-old Beau together – their bedroom has become nothing more than a ‘communal workspace and sleeping area’ with no time for passion.

Ayda has already dished the dirt on her husband’s strange sleeping pattern, but there’s even more tea to be spilled when it comes to their bedroom.

Speaking on her Postcards from the Edge podcast, Ayda said: ‘When there was romance, when that happens, yes, there would be a communal sleeping place just out of physical need.

‘But now that that’s completely dead. It’s been obliterated by four kids. There is really no need to go to bed at the same time. It’s just a joint work space now.

‘I might as well make the bed like a ping pong table and we could just play every now and then. And then stray off into other corners to sleep. I think that’s what it is – it’s a WeWork space.’

And when they actually do end up in bed at the same time, Ayda has complained the former Take That star keeps her awake with his snoring, which is a relatively new development.

‘Rob snores, which did not happen in the early days. I’ll sometimes kind of thump him with my leg, I’ll shove. Sometimes it works but then he goes right back to doing it,’ she laughed.

‘It’s like a sleeping f***ing bear. Like honestly, the Gruffalo could walk in and Rob would just be there with his little acorn in the bed and would not even notice. There’s, like, earthquakes in LA — nothing wakes the man.’

But the former Loose Women star has no desire to retreat to a separate room from her 48-year-old husband, despite the advice of some of her close friends.

She said: ‘Sleep does really bring me to the edge, because there’s so little of it available and you know you’ve got the kids in the morning. I have some girlfriends who are like, “Just sleep in a different room”.

‘But then I think, “God, then we’re officially just room mates. We might [as well] be brother and sister”. Like, I’m just holding on to a thread with this joint sleeping place.’

Meanwhile, Robbie previously revealed he had noticed a change in in his sex drive since choosing monogamy with Ayda.

‘[It’s] amazing for somebody built like me – to put it in vulgar terms – a sh**ger. She gives me everything I want,’ the Angels singer explained to Grazia magazine: ‘I don’t mean sex-wise.

‘My thing in the 90s was sex with strangers, I didn’t know whether I’d be able to give that up. I was saying to her last night, it’s really special that we’re around a lot of really good looking people, all the way through the summer – and I feel no longing to be up to the nefarious stuff.’