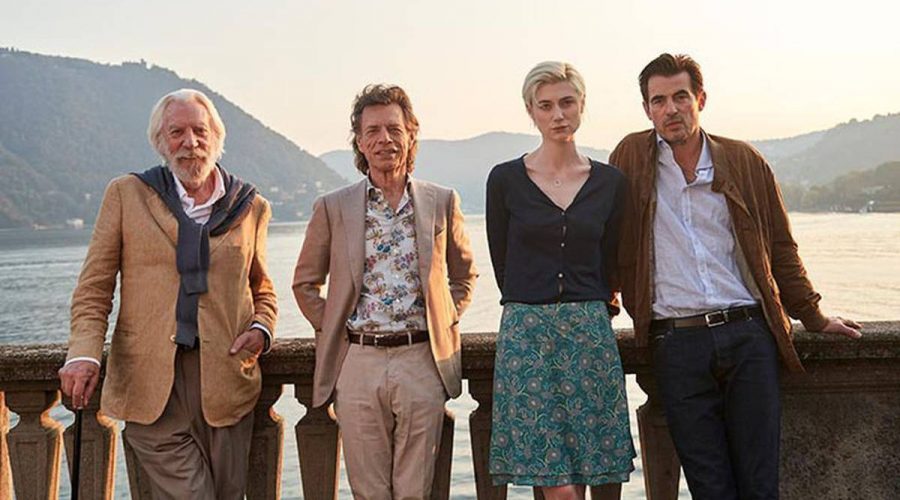 Watch, listen and be inspired by Calum Henderson’s definitive list of what’s hot right now and from the vault.

One of the biggest treats you can give an actor is a whole stage to themselves. For theatre actors the opportunities for one-person shows, soliloquies and monologues are dime a dozen, but unless they’re James Franco in 127 Hours, silver screen actors are rarely given a whole movie or TV episode to themselves.

That’s the point of difference boasted by Amazon Prime Video’s new anthology series Solos. A show for the socially distanced age, each short episode stars a different actor and no one else, putting each of them into a vaguely science fiction-y scenario.

Imagine if you could meet yourself, posits the first episode with Anthony Mackie (Falcon in the Marvel Cinematic Universe) as a successful big-money trader. After seeing a heartwarming segment on The Today Show, he’s shelled out $30,000 for what they’re calling a “reunion”, and now he’s face-to-face with himself – and he’s freaking out about how weird his nose and neck really look.

The episode drops us right in at the moment of meeting, and lets us put together the rest of the puzzle and discover the deeper reasons he wanted to meet himself over the next 22 minutes. It’s a brief vignette that’s at various points funny and poignant, and most importantly allows Mackie to act his heart out in dialogue with . . . himself.

Inevitably, each episode is more about the actor than anything else. Helen Mirren’s episode is one of the highlights, putting her in a serenely peaceful looking spaceship, chatting away to the onboard AI about a life spent in apology for her existence, not wanting to take up space or be any bother. The whole episode is just Dame Helen sitting in one place, the cameras switching between a handful of different camera angles – but in her hands, the story is captivating.

Robots have finally taken over in Netflix’s first original anime series. A pair of farming robots on the outskirts of a city called Eden 3 accidentally happen upon a human baby girl, awakening her from a thousand-year slumber. They start raising the child – whose ancestors died off centuries ago and whom the robots now think of as little more than myth – but things go from idyllic to hectic when the other robots find out there’s a human in their midst. If you’re partial to a beautifully illustrated bit of Studio Ghibli animation, this four-episode series looks to be on a very similar wavelength.

Collecting the 18 best short films of the 2021 edition of the 48Hours film-making competition had to offer, this is likely to be the most unpredictable, out-the-gate couple of hours of telly you’ll see all year. As usual, this year’s one attracted a broad range of teams, from school students to grizzled screen industry veterans to people who’ve watched every Quentin Tarantino movie 100 times, the field levelled out somewhat by the fact they’re assigned a genre at random and only had a weekend to make their film. Expect terrible jokes, questionable acting and moments of inspired genius.

Master of None presents Moments in Love (Netflix, from 7pm Sunday)

If you can get past the pretentiousness of the title, there’s a lot to be excited about with the new season of Master of None. Moments in Love represents a bit of a departure, shifting the focus away from the show creator Aziz Ansari’s character Dev and onto Lena Waithe’s character Denise, who featured in the standout (and Emmy award-winning) ‘Thanksgiving’ episode in season two. Written by Ansari and Waithe, this season bills itself as a “modern love story”, chronicling the ups and downs of Denise’s relationship with her partner Alicia with the show’s signature style and humour.

Movie of the Week: The Burnt Orange Heresy (Neon)

Mick Jagger is 77 years old and really should just be taking it easy on luxury yachts these days, you might have thought, but instead, here he is popping up in art-heist thrillers. Adapted from Charles Willeford’s 1971 novel and a bit of a throwback to the great moody, sexy thrillers of the era, it stars Danish actor Claes Bang as an art critic enlisted by a wealthy art dealer (Jagger) to steal an artwork from a notoriously reclusive painter played by Donald Sutherland. Jagger holds his own among some pretty good acting company, and you have to admit he also looks pretty cool doing it.

If John Hughes movies made you want to be sick, then Heathers was probably the high school comedy for you. The murder count is certainly higher, and unsurprisingly the comedy several shades darker than your usual teen comedy. It’s also quite stylistically weird in a way that feels like it could probably never get made today. Guess that’s what makes it a cult classic.

Fiction podcasts can seem a bit like hard work, what with the fact you have to actually listen to the whole thing to follow along. But when you find one that gets you hooked, there’s nothing quite like it.

Passenger List, which has recently begun its second season, is one of the best. If you missed when the first season came out a couple of years ago, there’s no better time to get stuck in.

Taking inspiration from the weeks and months following the disappearance of flight MH370, when no conspiracy theory was too wild, season one of Passenger List followed Kaitlin Le (Star Wars’ Kelly Marie Tran) down a series of wormholes as she attempted to find the truth about the plane that went down over the Atlantic with her brother on board. Playing out over a series of phone calls and taped interviews, it draws you in to the point where a character called Psychic Witch (Patti Lupone) seems completely normal.

In season two, the perspective shifts slightly to open up all sorts of new possibilities. Kaitlin was far from the only person connected to the flight who was trying to uncover the truth, and there are plenty more theories to entertain. And in this version, we might actually get the resolution we crave.

05/22/2021 Entertainment Comments Off on Art heists, Mick Jagger and Master of None: Top TV picks for the week
Recent Posts