Beginning in 1969 and continuing through the last two years of her life, Diane Arbus traveled regularly by bus to New Jersey to photograph people at residences for the developmentally and intellectually disabled. Her first destination, the coeducational Woodbridge State School, was just across the Hudson from her Manhattan apartment. Quite soon, though, she determined that an all-female institution in Vineland, in the southern part of the state, provided richer opportunities.

The photographs in the “Untitled” series, at the David Zwirner Gallery through Dec. 15, are mostly taken in Vineland. Departing significantly from the work that built Arbus's reputation, they include some of the most mysterious and haunting pictures of her 15-year artistic career.

The “Untitled” exhibition is the first in Zwirner’s new partnership with the Fraenkel Gallery of San Francisco to co-represent the Arbus estate. Rather than start with her iconic portraits of sideshow freaks, cross-dressers, pro-Vietnam war demonstrators and nudists, the New York gallery opted to show this less familiar, late work, which until now has never been seen in its entirety.

“Entirety” should be marked with an asterisk. Arbus exposed roughly 1,900 frames of film in these institutions; she committed suicide in July 1971 without having fully edited or titled the pictures. It fell to her older daughter, Doon, to decide what constituted the series, relying (but perhaps not exclusively) on images Arbus chose to print. A book published under Doon’s auspices in 1995 included 51 pictures; additional ones have been released since. Of the 66 photographs at Zwirner, six are prints made by Arbus. (Five have never been publicly shown before.) One was shot with a Pentax 6×7, the cumbersome camera Arbus was trying out at the very end of her life.

While the portrayal of madmen and fools has a venerable artistic tradition, Arbus’s subjects are intellectually disabled, not insane, and they are physically unrestrained. No one had ever made pictures quite like these. Arbus arrived at two great insights. The first was that it would be more poignant to show her subjects happy. Her friend Richard Avedon had photographed at the East Louisiana State Mental Hospital in 1963, recording scenes of pain and degradation. Frederick Wiseman’s 1967 film, “Titicut Follies,” set at the Bridgewater State Hospital for the criminally insane in Massachusetts, was similarly bleak and despairing. Crucially, Arbus searched for moments of celebration, not suffering, during games and holidays.

Her second brilliant stroke was to photograph outdoors, amid trees and fields, scrubbing off journalistic or sociological details of the institutional settings and entering the universal realm of dream and myth. In the exhibition, you can see the evolution of her thinking.

In her early Woodbridge pictures, she typically depicted children in rooms with cinder-block walls, linoleum floors and battered furniture. Among the best, “Five children in a common room, N.J., 1969” shows four children (and the leg of another), each lost in a separate world; one has his face on the floor and his body raised in a 90-degree angle. A child in “Untitled (40) 1970-71,” shot in what appears to be the same room, performs a contortion in the oblivious presence of his fellows.

Compare those two images with the great Vineland photograph “Untitled (6) 1970-71,” in which a girl, crablike on the lawn, is poised to tumble head over heels. On the right, another girl stands with her head thrown back in laughter and her arms pointed down, while a third girl on the left is staring at the ground with her arms inching toward akimbo. A photograph is always a frozen moment, but in this picture, time itself seems to have stopped advancing.

Describing the event to her younger daughter, Amy, who was about the age of these girls, Arbus wrote: “Once during Simon Says there was a pause and one girl sat down. Everyone knew it was important. She bent her head to her knees and with an odd shiver somehow the rest of her followed in what looked like the first somersault.” In the photograph, the children seem as archaic as the figures on a Greek vase, with a backdrop of trees that are dark and indistinct and a lawn that rakes upward.

One of Arbus’s lifetime quests was to expose what she called the “flaw,” a telltale detail that reveals the crack between the way people wish to present themselves and how they actually are seen. In the “Untitled” series, she was dealing with subjects devoid of guile. Her most rewarding visits came at Easter, when the women beamed beneath their fancy hats, and at Halloween, when they wore costumes and masks. For an artist who had deployed a battery of strategies, including surprise, exhaustion and intimacy, to coax sitters into dropping their masks, it was novel to photograph people who, even when their faces were covered, revealed their unguarded selves. In “Untitled (4) 1970-71,” the stances of four masked figures are so forceful that each conveys a distinct personality.

Arbus was used to guiding her subjects, much as she had done when she’d run a fashion photography partnership with her husband, Allan, at the outset of her professional life. But now, with the “Untitled” pictures, she faced people who would not respond to direction. They just were — and she watched them be. She calculated the lighting by trial and error, experimenting with daytime flash and slow shutter speeds to produce images that were sometimes blurry, sometimes sharp, with shadows that were soft or distinct, all in ways she couldn’t predict. The best photographs waft before your eyes with the visceral immediacy — and spotty specificity — of a remembered dream.

Because of tightened protections on informed consent, it is unlikely that such photographs — as well as Avedon’s work at East Louisiana State — could be made today, at least in the United States. That is true, too, of the pictures that are the closest precedent to Arbus’s “Untitled” series: Peter Hujar’s little-known but excellent photographs at residences for developmentally disabled children in Southbury, Conn., and for spastic children in Florence, Italy, made from 1957 to ’58 while he was in his early 20s.

Hujar, too, zeroed in on kids playing games and having fun. But unlike Arbus, who abstracted and softened her scenery so it resembles stage flats, Hujar employed in his square-format pictures all the tricks of Henri Cartier-Bresson: strong diagonals (of slides, swings and supporting rails); inventively off-kilter angles; and asymmetric groupings. Hujar’s youthful pictures are empathetically grounded; Arbus’s mature ones are unearthly.

The “Untitled” photographs evoke paintings by Ensor, Bruegel and especially the covens and rituals conjured up by Goya. “Untitled (58) 1970-71” is dominated by a slightly blurred woman with an open mouth and faraway eyes. She seems to be undergoing either rapture or catastrophe. Behind her, clasping her arm and in sharp focus, is a beak-nosed, wryly smiling figure, a demon with an Easter bonnet who might be ushering her to the other side.

Arguably the greatest picture in the series is “Untitled (7) 1970-71.” In it, a white-haired woman wearing a black eye mask and a white cotton nightgown holds the hand of a younger woman, who has a mustache drawn on her face. Other women trail after, to the edge of the frame and beyond. It is a procession. The sky is glowering with gray clouds, and the shadows that the women cast are long and black.

We can’t explain this photograph. We can only marvel at it. In the almost half-century that has elapsed since Arbus made the “Untitled” pictures, photographers have increasingly adopted a practice of constructing the scenes they shoot and altering the pictures with digital technology in an effort to bring to light the visions in their heads. The “Untitled” series, one of the towering achievements of American art, reminds us that nothing can surpass the strange beauty of reality if a photographer knows where to look. And how to look.

Arthur Lubow is the author of the biography “Diane Arbus: Portrait of a Photographer.” 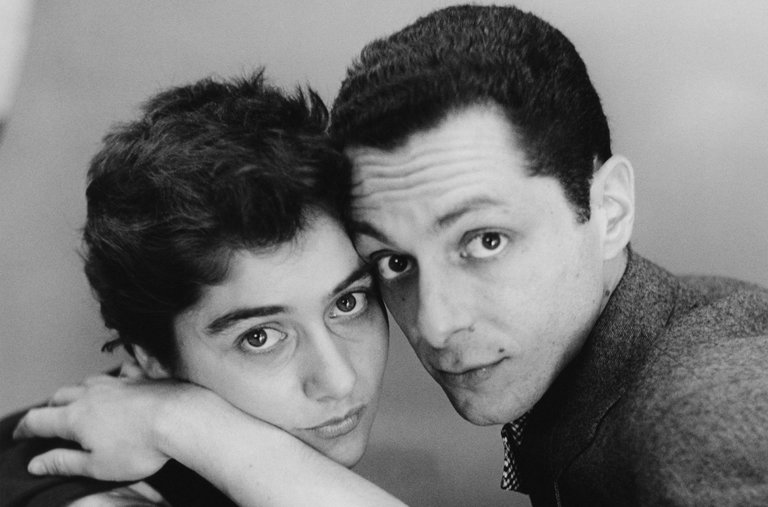 11/15/2018 Entertainment Comments Off on Arbus, Untitled and Unearthly
Recent Posts