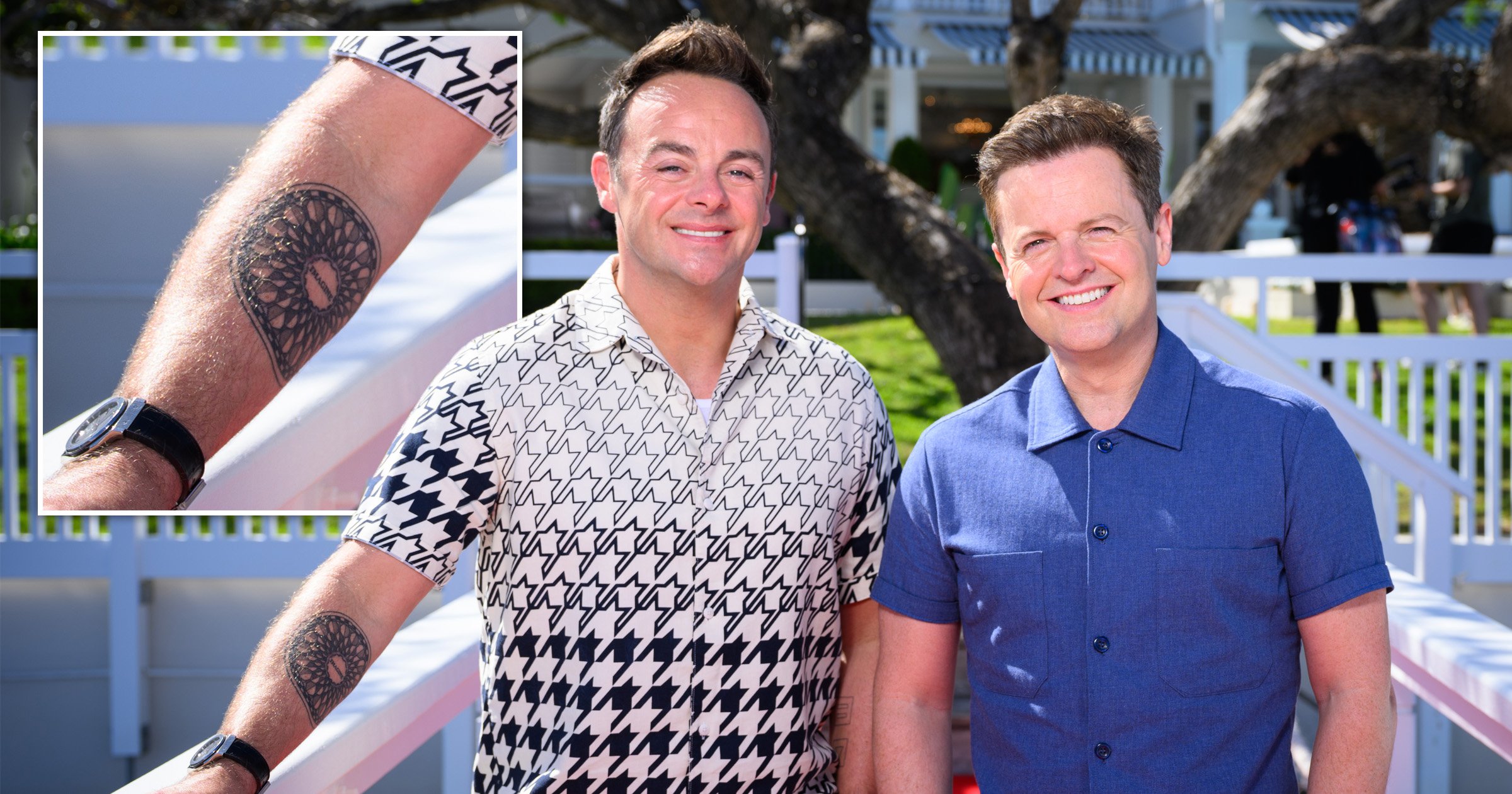 Ant McPartlin showed off a massive John Lennon tribute tattoo while presenting for I’m A Celebrity… Get Me Out Of Here in Australia.

Wearing a short-sleeved shirt, one half of the famous Ant and Dec duo sported a large, black, patterned circle that had been inked onto his inner right forearm.

Not his first time at the tattoo shop, the presenter’s latest permanent addition is symbolic of the message in late singer Lennon’s 1971 song that imagined a world free from strife, war and conflict.

The circle replicates the iconic Imagine mosaic that was erected in Strawberry Fields, New York, to honour The Beatles legend and pop star.

Sitting inside a 2.5 acre plot that pays tribute to Lennon, the mosaic is a popular choice of tattoo and is usually pictured with candles and offerings left by fans who visit to pay their respects.

Standing alongside his co-host Declan Donnelly, Ant made no effort to hide the ink in a dog-toothed ensemble that allowed the word ‘imagine’ to be seen written inside the detailed circle.

It seems this particular show is his arena of choice when it comes to revealing new tattoos as he made similar moves during filming in 2019, giving audiences a glimpse of two new designs.

On his right outer forearm, viewers noticed the arrow tattoo that appeared to be a new addition, as well as a rose on his left arm in the same spot.

Speaking openly about his battles with depression and alcohol and substance abuse, Ant also wears an Alcoholics Anonymous symbol on his left wrist that he first debuted in 2018.

The tattoo pictures a triangle inside a circle and replicates the famous organisation’s logo that has been assisting sobriety since the 1930s.

Adding to the collection of meaningful stamps, Ant also has a tribute to his wife Anne-Marie Corbett on his chest.

The star inked a circle with an A in the centre as a nod towards their relationship.

Ant and Dec landed in Australia to begin production on the highly anticipated new series of the celebrity game show.

Already causing a stir, the contestant line-up instantly hit headlines with the announcement of politician Matt Hancock’s place in the jungle camp and the record breaking number of 24 bushtucker trials.

The new series begins on Sunday, November 6 at 9pm with a 105-minute special.