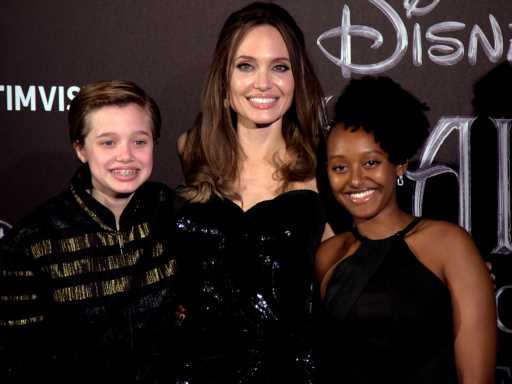 With a new school year starting for students across the country, there may be a fair few who are just getting their summer reading done under the wire. Fortunately, they’re in pretty good company with the likes of Angelina Jolie’s kids (well, two of them, at least!): 16-year-old Zahara Jolie-Pitt and 15-year-old Shiloh Jolie-Pitt. The Oscar-winning actress shared two rare photos of her children finishing up their summer reading selections, and we’re ready to add these picks to our own reading list right now.

In the first photo, Jolie captured daughter Zahara reading the Toni Morrison classic The Bluest Eye. Zahara was totally aware that her famous mom was snapping a photo, and offered a smile while Jolie snapped the image. The second photo in the carousel post featured Shiloh completely absorbed in The Dark Lady by Akala. The 15-year-old didn’t even look up at the camera while Jolie captured the image!

“End of #summerreading,” Jolie’s caption to the post began. “These are some of the favorites in our house. Would love to know yours.” This is only Jolie’s fifth Instagram post since joining the social media platform late last month, and we love that she’s highlighting two incredible pieces of literature while also giving fans a rare look at two of her children — she also shares Maddox, 20, Pax, 17, and 13-year-old twins Vivienne and Knox with former husband Brad Pitt.

The Bluest Eye tells the story of a young Black girl named Pecola who grows up in Ohio following the Great Depression. Morison’s beloved novel meditates on Black girlhood and Eurocentric and white beauty standards, among other themes, and remains a classic more than 50 years after it was first published in 1970. The Dark Lady, the debut novel by Akala, follows a young boy named Henry who must survive the streets of London with the use of his magical powers, while he’s continuously haunted by dreams of the titular “dark lady.”

Already, Jolie has made it pretty clear how she intends to use her social media account — by highlighting humanitarian issues and engaging with her millions of followers. Of course, Jolie’s latest snap of two of her children is definitely unexpected, but we love the approach she’s taking to the platform so far.

Before you go, click here to see more celebrities with huge families.