You could also check out a Sims-inspired art show, get the expert take on Fashion Week or try a TrapAerobics class. 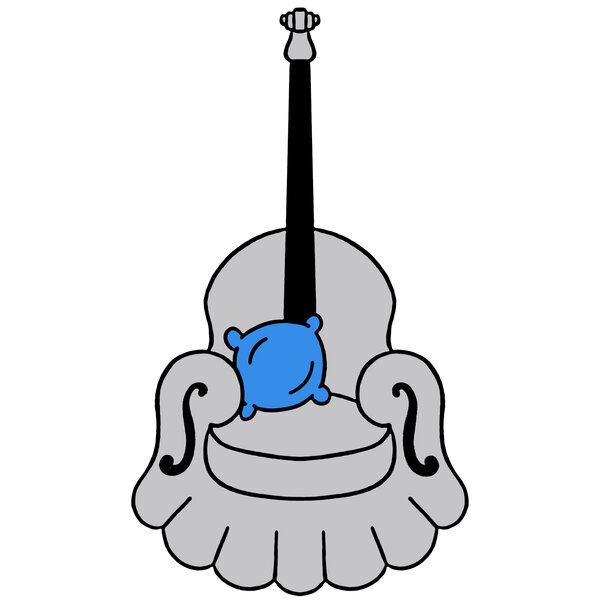 By Adriana Balsamo and Hilary Moss

Here is a sampling of the week’s events and how to tune in (all times are Eastern). Note that events are subject to change after publication.

See the video game “The Sims 4” in a different light, courtesy of Pieter Schoolwerth, a Brooklyn-based artist. For “Shifted Sims,” his first solo exhibition at New York’s Petzel Gallery, Mr. Schoolwerth turned screenshots from the popular life simulator into surrealist paintings. In an interview for the digital show, Mr. Schoolwerth explains that it’s “almost like we’re navigating a simulation of a life we once lived, from a distance.” (Note that not all of the works are child-friendly.)

The Baltimore Museum of Art presents “Jazz: The Living Room Session,” an evening of live music performed by the vocalist Akua Allrich in front of a museum installation by the artist Mickalene Thomas. A conversation with the artist follows; tickets are donation based.

The authors Roxane Gay, Mahogany L. Browne and Tracy K. Smith celebrate and discuss the works and influence of Audre Lorde, the Black feminist writer. This talk is part of the Schomburg Center Literary Festival, which champions authors of African descent from across the globe. The event is free, but registration is required.

Experience the richness of the natural world as observed by the English author and poet Helen Macdonald. At a virtual event at Politics and Prose, a bookstore in Washington, D.C., Ms. Macdonald discusses her new collection of essays, “Vesper Flights,” with Ed Yong, a science journalist for The Atlantic. Tickets are $33 and include a copy of the book.

Immerse yourself in “This Sounds Serious,” a podcast that satirizes the true crime genre. The recently released third season is called “Grand Casino,” in which the host follows a fictional con man, Kirk Todd, who makes off with the budget of a film he is supposed to direct.

When Anytime
Where Your earbuds

Watch the musician Gao Hong absolutely jam on the Chinese pipa, the pear-shaped lute, for an evening hosted by the Smithsonian’s National Museum of Asian Art. She performs both classical and contemporary pieces — as well as an original work called “Flying Dragon” — and Jan Stuart, the museum’s Melvin R. Seiden Curator of Chinese Art, shares how the instrument has been depicted in visual art.

Imagine being in charge of a late, eccentric collector’s assemblage of objects and, ultimately, his legacy — circumstances the protagonist faces in Doon Arbus’s new book, “The Caretaker.” Ms. Arbus, a nonfiction writer and journalist (and one of the daughters of the photographer Diane Arbus), chats about her debut novel with The New Yorker’s Hilton Als for an event held by McNally Jackson Books.

Need your Fashion Week fix? Join Vanessa Friedman, the fashion director and chief fashion critic for The New York Times, and the celebrity stylist Karla Welch (whose clients have included Justin Bieber and Anita Hill) as they ponder the red carpet and Fashion Week in the age of sweatpants culture. Watch live on Instagram.

Tune in for the final (virtual) stop of the Meaning Thru Movement Tour, a series created by the runner and activist Alison Mariella Désir. Hear from Emily Saul, a sports psychology coach, and Julie Moss, an Ironman and U.S.A. Triathlon Hall of Famer, on how to unlock your potential and push past your limits. Then get moving during a half-hour-long session led by Chavonne Hodges and Genail McKinley of Grillz and Granola, the New York-based fitness company known for its TrapAerobics classes (set to trap music).

Be captivated by The 24 Hour Plays’ Viral Monologues series, now presenting their 20th round of performances. These brief dramas are written, rehearsed and recorded in 24 hours or less. An added bonus: This week’s productions are all musicals. Shows are available on Facebook, Instagram and YouTube.

When Until midnight
Where 24hourplays.com

Go ahead, dig around in the dirt. With step-by-step instructions provided by the Natural History Museum in Los Angeles, you can learn how to decipher the composition of the soil in your backyard. All you need is a jar with a lid, dirt and water.

09/19/2020 Entertainment Comments Off on Anchor the Week With Audre Lorde and Chinese Lute Music
Recent Posts
We and our partners use cookies on this site to improve our service, perform analytics, personalize advertising, measure advertising performance, and remember website preferences.Ok