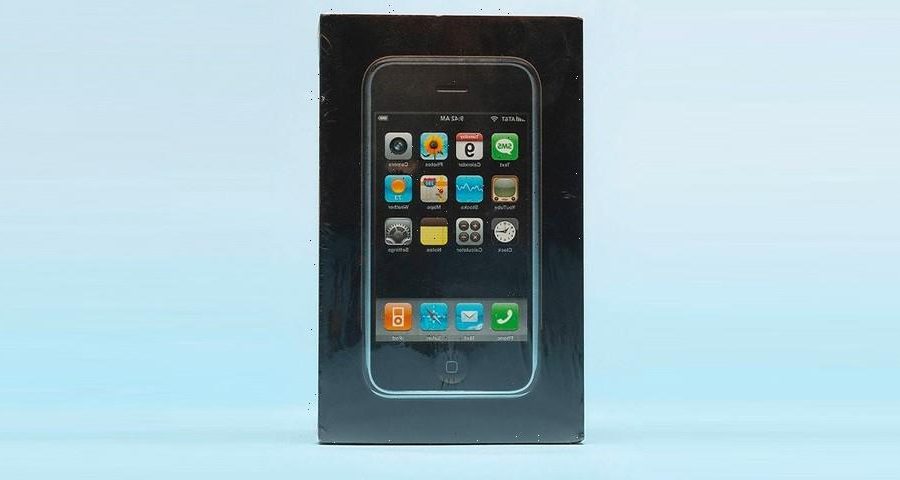 RR Auction has recently sold a series of Apple historical relics, including Steve Jobs’ original “Apple Computer A Prototype” and a signed letter from the founder.

Adding on to the list of memorabilia from the Steve Jobs-era of Apple, an unopened first-generation original Apple iPhone has recently been auctioned for $35,414 USD. The original 8GB iPhone comes in a brand new factory-sealed box that indicates that it comes from its earliest production in 2007. The box features a life-size image of the original iPhone featuring 12 icons including photos, the calendar, the camera, a calculator, and more. The iTunes icon did not arrive until one year later. Thi particular device had a 2MP camera, visual voicemail, and a web browser and was originally priced at $599 USD. The 4GB model was priced at $499 USD.

When Steve Jobs first introduced the Apple iPhone he said in his keynote speech, “iPhone is a revolutionary and magical product that is literally five years ahead of any other mobile phone.” The statement holds true as it became the smartphone that transformed the industry forever. By putting the internet at users’ fingertips and an easy-to-use touchscreen interface, the iPhone became one of this generation’s most noteworthy creations.

In case you missed it, the court has granted Elon Musk access to a small, yet important portion of Twitter’s data.
Source: Read Full Article

08/29/2022 Entertainment Comments Off on An Unopened First Generation Apple iPhone Auctions for Over $35,000 USD
Recent Posts