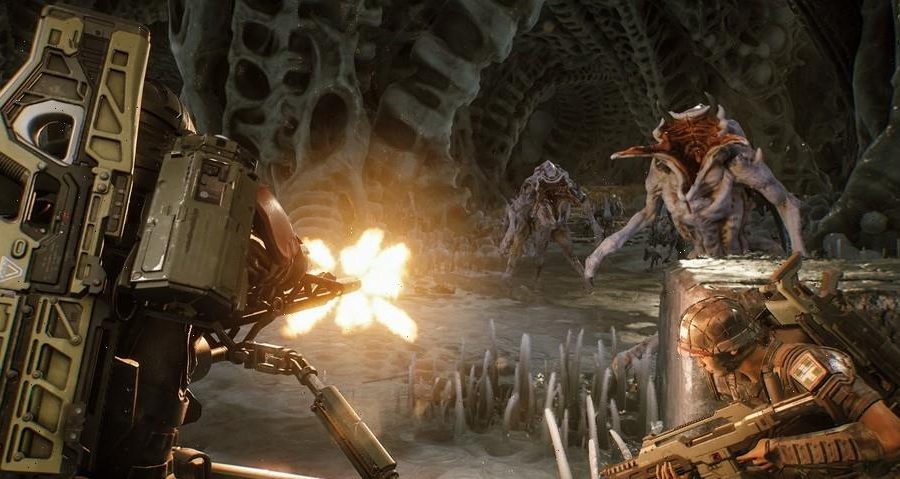 Set in the wilderness of the planet LV-895, the new expansion pack will continue on the original story of Aliens: Fireteam Elite while offering a whole series of new elements including environments and maps, weapons, cosmetics, and campaign missions. Specifically, you’ll find eight new weapons spanning two for each weapon type, a new perk for each class kit, 13 new weapon attachments, two new outfits for each of the seven class kits, six head accessories, 21 new weapon colors, 10 new decals, and 10 new emotes. Of course, you’ll also encounter new enemies thanks to the pathogen wreaking havoc across the planet, mutating the Xenomorphs in the region into unrecognizable monstrosities.

For those who already own Aliens: Fireteam Elite or want to join in on the Xenos-slaying fun, the full game, and its Pathogen expansion are now available.

Elsewhere in gaming, new leaks have shed light on the next Assassin’s Creed installment as well as a remake of the very original game.
Source: Read Full Article