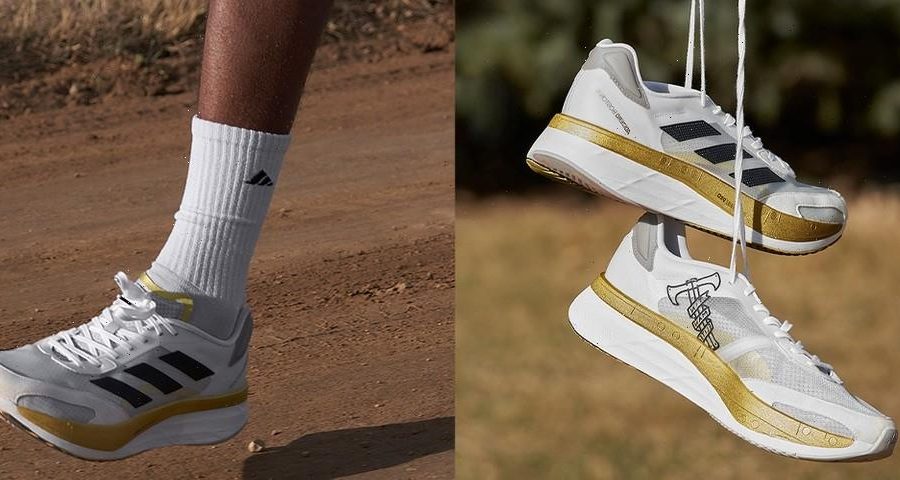 Following the launch of its ADIZERO performance collection earlier this season,

Founded in 2018, Tinman Elite is a professional running team built on the philosophy of “Chop Wood, Carry Water”, a metaphor for how hard work reaps incremental reward. Based out of Boulder, Colorado, the team, backed by adidas Running, has evolved to comprise twelve runners from different nations, some of whom are amongst some of the best athletes in the world.

Now the pair have designed a range of Tinman Elite-inspired ADIZERO silhouettes, including its take on the popular BOSTON 10 all of which boast the team’s signature axe motif.

“This partnership is about integrating the core values we look for in a running shoe while making sure the shoe’s colorway bleeds our team’s DNA and overall ethos,” Sam Parsons, Tinman Elite runner and Creative Director, tells HYPEBEAST. “The Tinman Elite BOSTON 10 is probably the most versatile shoe adidas Running has ever released. There’s so many hidden details and logo hits throughout the shoe that I’m so excited for people to see in person”.

Featuring the core elements of the ADIZERO BOSTON 10 — including the same LIGHTSTRIKE PRO midsole foam and refined ENERGY RODS, united by a soft upper construction and CONTINENTAL RUBBER sole — Tinman Elite’s take arrives adorned in a crisp white colorway, alongside gold and black detailing. Arriving alongside the BOSTON 10 is the Tinman Elite ADIZERO XCS SPIKE, a unisex shoe designed for the varied terrain of cross-country running.

“This partnership is about integrating the core values we look for in a running shoe while making sure the shoe’s colorway bleeds our team’s DNA and overall ethos.”

While adidas Running’s affiliation with Tinman Elite officially began in 2019, for Parsons it’s been a long-time coming. “It all started in 2016 when I was interning at adidas, learning about the fundamentals of a shoe and the different types of marketing approaches,” he explains. “Years later I became a professional runner and was a co-founder of Tinman Elite. After a few years of selling our custom apparel out of our basement, we got the call from adidas to release a shoe within their new ADIZERO line and we couldn’t be happier”.

Both shoes feature the signature Tinman Elite axe logo on the medial side of the shoe and the team’s DNA is embedded throughout the shoe from the smallest details in the eyelets, to the bold lightstrike metallic gold midsole.

The full collection is set to drop on August 24 and will be available from both adidas and Tinman Elite webstores.