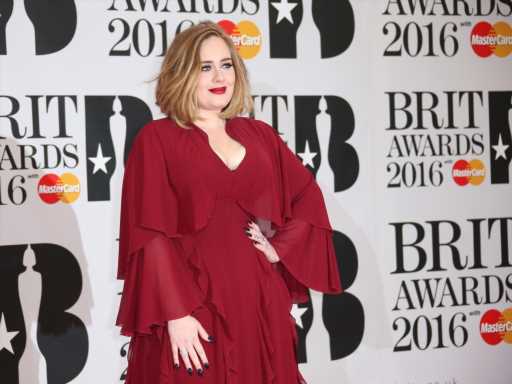 Adele has had a very big year with her return to the spotlight, but she still likes to keep her private life as quiet as possible. So seeing her on Thursday night at the Los Angeles Chargers football game with boyfriend Rich Paul was definitely a rare sighting.

Even though they were celebrating Paul’s 40th birthday, it’s no surprise they decided to spend the night at a sporting event since he’s an agent to top athletes like LeBron James, John Wall and Anthony Davis. The couple was spotted by ESPN sitting in a star-studded row that also included Jay-Z. She wore an all-black ensemble (including her face mask) with chunky gold earrings as she clasped Paul’s hand with both of her hands.

Adele has praised her boyfriend for being “incredibly arrived” which was exactly what she needed in her dating life after coming off a divorce with ex Simon Konecki. “It’s wild—and there is no second-guessing,” she explained to Vogue. “I’m a 33-year-old divorced mother of a son, who’s actually in charge. The last thing I need is someone who doesn’t know where they’re at, or what they want. I know what I want. And I really know what I don’t want.”

She revealed that she got to this place of satisfaction in her personal life after dedicating time to go to therapy and deal with  deep-seated issues with her dad from her childhood. It’s something she had been “avoiding” for a long time, but she shared, “Not being sure if someone who is supposed to love you, loves you, and doesn’t prioritize you in any capacity when you’re little. You assume it and get used to it.” Now that she’s worked through some of that pain, Adele has been able to enjoy a newfound freedom in her relationship with Paul and with herself.

Before you go, click here to see celebrities who fight hard to keep their partners and kids away from paparazzi.