Back in February 2014, the eminent American photographer Abelardo Morell found himself getting tired of the same old thing — that thing being his annual ritual of gifting Lisa A. McElaney, his wife and partner of almost 40 years, with a bouquet of flowers on the occasion of her birthday. (Truth be told, Lisa, herself a distinguished filmmaker and social worker, may not have been all that thrilled at the prospect either.) So instead he hazarded something altogether fresh: a photo of a gift of flowers.

Naturally it wasn’t going to be just any ordinary photograph: such would not have been Mr. Morell’s style. Best known for his sly modernist redeployments of the venerable camera obscura tradition, in this instance he brought a plain glass crystal vase into his studio and against a flat white backdrop slotted a few simple flower stems into its mouth, photographed and then removed them, put in another few flowers stems, photographed and then removed them … did this a dozen or so times, emerging with many separate photos of different flower bunches variously arcing out of the same unmoving vase. Then he fed all the resultant images into his computer’s Photoshop program, effectively throwing up his hands and saying, You figure it out. His laptop churned for a few minutes, and out popped a truly astonishing image, an erupting splay of colorful exuberance, and a perfect figure, he says, of his still fervent feelings for his beloved. 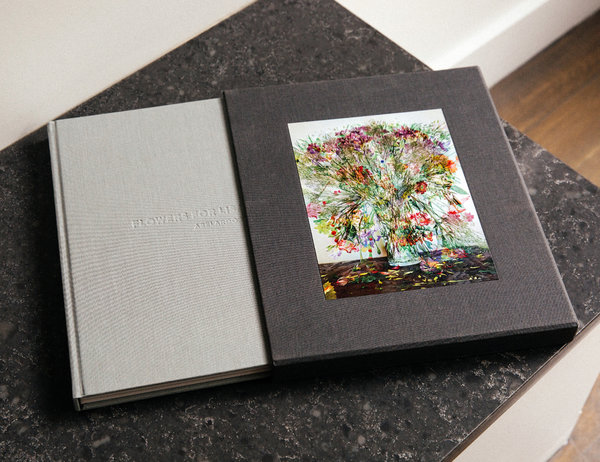 But there was much more at work: When you thought about it, Mr. Morell’s process echoed the way the old masters themselves used to build up the fictive bouquets of their stunningly bounteous still lifes, one single flower at a time, over many many months. (Any actual full bouquet, such as that in the final image, would have rotted long before the master could have gotten the thing down on canvas.) But the image also summoned a vision of the way light from all around streams into the eyeball or the camera-lens and then gets turned inside out as it proceeds toward the receiving medium. That also mirrored the upside down transformation of Mr. Morell’s own life: Born in Cuba, he was 13 when his world turned inside out after his family immigrated to New York City and moved into a basement apartment. And his image recalls the way he used to look up through the living room window at the bustling street life above, fantasizing his own someday erupting into that world, one that never seemed quite to arrive until, he says, he met Lisa, his final year at Bowdoin College: She set him straight and opened him clean out.

That particular photograph proved the occasion for a veritable delirium of creative consequence: more than 75 such images over the next several years, each exploring another of the manifold possible technical deployments of the second great love of Mr. Morell’s life, the photographic vocation itself, all of them images of flowers in vases, but in turn evoking his life’s third great passion, the cavalcade of his heroes from across the entire history of art.

The results of that delirium are surveyed in his book, “Flowers for Lisa” (recently out from Abrams), and form the basis of a survey, currently at New York’s Edwynn Houk Gallery through Dec. 22. Here, follow a sampling splay of those experiments.

In many instances, Mr. Morell played around with photography’s tendency to enforce illusions of spatial perspective on a flat surface, sometimes himself fashioning such an illusion out of simple materials (shaped slabs of stained plywood, say) before taking the photo. In this instance he was also playing with photography’s ability to capture split-second transitions, the kind of thing such earlier masters as Eadweard Muybridge, Étienne-Jules Marey and Harold Edgerton had all investigated. What struck him as most weird in this image — a straightforward snap of a distinctly odd construction — was how, while the photo “simulates stopped motion and the force of gravity, neither one of those things is actually present.”

Into the Woods: The Illusion of Depth

In a different sort of generation of the illusion of deep perspective, in this instance a salute to Joseph Cornell or perhaps the stage designs of Robert Wilson and William Kentridge, Mr. Morell slathered a plank of plywood with a layer of black putty into which he wedged just the stalks of various flowers, arrayed in a rising backward progression, sprinkling the whole with petals. Lisa thought of it as the backdrop to a scene from Stephen Sondheim’s “Into the Woods.”

Everything We See Hides Another Thing: Magritte

Another sly construction was this homage to Rene Magritte. But what exactly is going on? A simple head-on photo of an admittedly confounding happenstance, the image is fashioned out of four planks of plywood (corners of two of them stained deep red), a silver picture frame wedged into a corner, two vases, and two roses (the foreground of one of them spray-painted gray).

Here’s Looking at You, Vincent and Gerhard

In an obvious doff to van Gogh, another hero of his, seen at left, Mr. Morell returned to his multiple-individual-snaps-fed-into-Photoshop technique, as he had as well in the homage to Gerhard Richter, right. Here, he also smeared gray paint across both the background and the vase itself.

The World Projected Into a Pitch-Dark Tent

In this image, recalling Monet with a whiff of Constable, Mr. Morell reverted to a technique he’d used to celebrate both artists on site (photographing at Giverny and Hampstead Heath respectively). In this instance he captured the image at the Floret Flower Farm in Washington State by erecting a dark sealed tent, with a periscope peering out of its top, onto a wooden slat deck. He then climbed into the darkened chamber of the tent with his camera to photograph the image of the scene outside — perfectly projected, through the periscope’s angled mirror, onto the weathered slats.

You Figure It Out, Alice!

In the case of this mind-twister, an evocation of his longtime muse Lewis Carroll’s “Through the Looking-Glass,” Mr. Morell seems to be raising the challenge to the viewer: “You figure it out!” Some clues, though: there’s only half a mirror, there are two vases (one filled with colored water), and the apparently square frame had to be specially constructed (its actual top is narrower than its bottom).

A Peacock, Drawing With Light

Of this image, the envoy for the entire series, Mr. Morell says, “There is a famous long-exposure photograph, taken by Gjon Mili, of Picasso drawing flowers with a flashlight. Since I am no Picasso, it took me all evening to get it right.” It’s the only image in the entire sequence in which the photographer himself appears, though he is hardly the subject. Rather he says, summarizing the whole two-year endeavor, “There’s a feeling of gratitude and grace, of plenty, of exuberance, of overflow … of my peacock self turning to Lisa and saying, ‘I love you and this is for you.’” 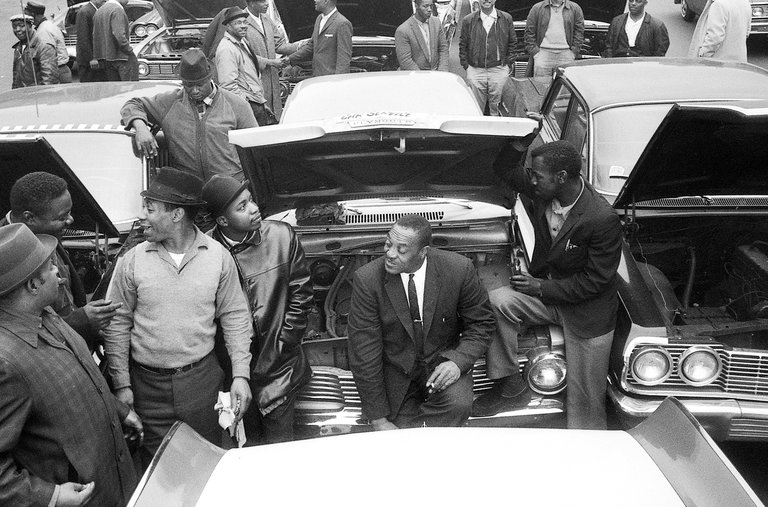 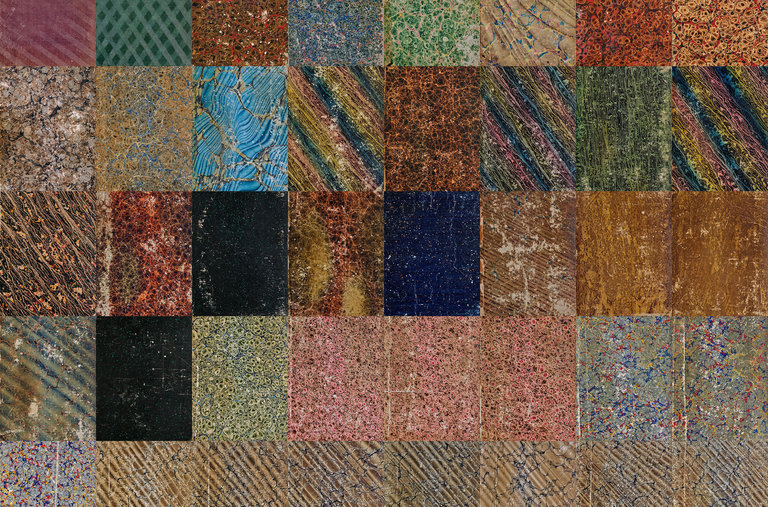