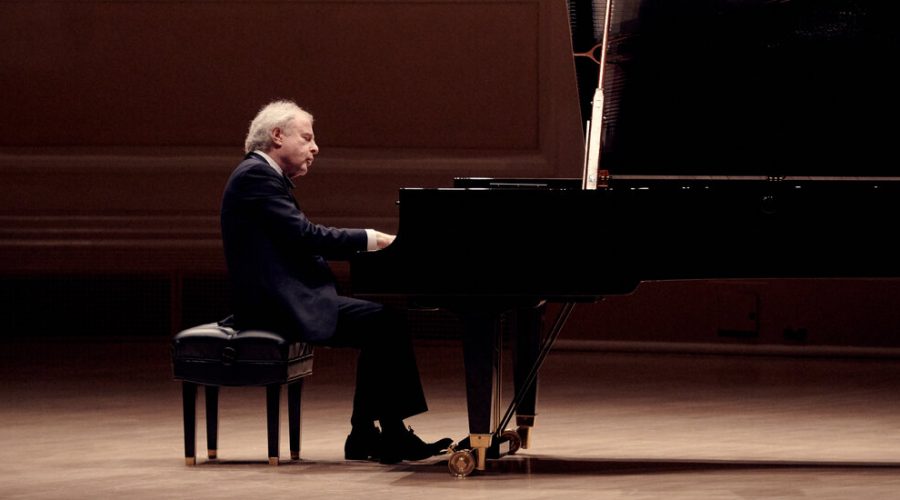 For much of his career, the eminent pianist Andras Schiff, 67, disdained the use of historical instruments. He proudly played Bach on modern pianos; referred to fortepianists with an interest in Schubert as mere “specialists”; and told a New York Times interviewer in 1983, “I’ve heard some ghastly things done in the name of authenticity.”

Time and experience, though, have brought about a wholesale change in his attitude, and Schiff has transformed into an eager evangelist for the use of historical keyboards. Several years ago he acquired an 1820 fortepiano, which he has used to make compelling recordings of Beethoven and Schubert. In recent interviews, he has criticized the increasing homogeneity of piano performance, with modern Steinways used for repertoire of every era.

Schiff’s latest venture in this arena is his most convincing yet: a vibrant new recording of Brahms’s two piano concertos with the Orchestra of the Age of Enlightenment. Aiming to recover the sound of this music when it was written, Schiff plays a piano made by Julius Blüthner in Leipzig, Germany, in 1859 — the year of the First Concerto’s premiere. He also — a rarity in these works — serves as both soloist and conductor, leading an ensemble of around 50 players. 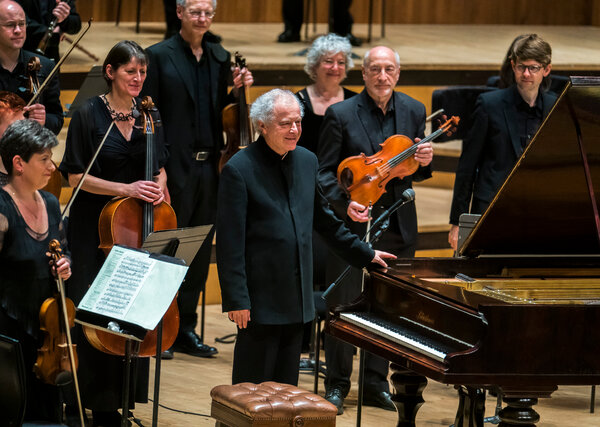 Wiping away the historical grime, Schiff and the orchestra breathe air and vitality into pieces that, even in successful performances, can sound heavy and clotted; the drier instrumental palette instead conveys improbable elegance. Words like monumental have a way of attaching themselves to these concertos, but Mr. Schiff and the outstanding players make them sound intimate and human-scale.

Schiff spoke about these works and his interpretations in a recent phone call from London. These are edited excerpts from the conversation.

What changed your skepticism about historical instruments?

What converted me was when I first played Mozart’s piano in Salzburg, in the room where he was born. This must have been the second half of the 1980s. It was the first time I met an instrument — an original instrument, not a copy — that was in wonderful condition. Subsequently, there were many occasions to find wonderful instruments. I’m now getting to a place where I will find it very difficult to play music on modern pianos.

But even as late as the 1990s, you were still saying in interviews that, for example, you wouldn’t think of playing Schubert on a fortepiano.

I did say that, yes. I have to take it back, or I have to say that I was not well-informed, or plain stupid. One has to be flexible and one has to say, sometimes, I made a mistake; I was wrong.

Why was Brahms the next composer you decided to record in a historically informed way?

It was a logical step from Schubert. And also, I met this wonderful orchestra, the Age of Enlightenment, and we did the Robert Schumann concerto together at the Royal Festival Hall in London, which has something like two and a half thousand seats.

Playing the Brahms concertos on a modern piano with modern orchestras, there were always balance problems. And I found, especially in the B-flat Concerto, that it was just physically and psychologically very hard to play. Somehow, with this Blüthner piano, the physical difficulties disappear. The keys are a tiny bit narrower, so the stretches are not so tiring, and the action is much lighter. So there is not this colossal physical work involved.

What were the challenges of doing the concertos in this way?

The challenge is, of course, to play and conduct and hold it together. And there are many, many places where your hands are busy, so you cannot conduct. Therefore, you need a real partner, because this is not accompaniment, but give and take. And so the orchestra has to anticipate and listen very carefully. It needs an orchestra where we know each other intimately, which has a chamber-music-like approach.

You achieve a remarkable level of audible detail in these performances.

That was our intention: transparency and clarity, and also just to get rid of the fat already associated with this music from, I would say, the 1930s. And in orchestral terms, for example, the gut strings make a huge difference.

I think that in any music you play, this heaviness also comes from — if you see, let’s say, a dotted half note or a long note, people just sit on it forever. The composer will not write a diminuendo on that long note, because Brahms, let’s say, expected a musical person to do that automatically.

You’re saying that he didn’t write the diminuendo just because it would have been obvious to the performer.

Yes. This already happens all over in Mozart and Beethoven. With every orchestra, when I play and conduct, I have to tell them, endless times, “You wind players, please, attack the note, and then get softer,” because with those sustained chords, you are covering all the detail that you spoke about.

Can you think of a particular passage in either of the Brahms concertos in which the use of these instruments allows the music to come across with unusual freshness?

For example, in the first movement of the Second Concerto, the development section can sound, in modern performance, very muddy and not clear, because there is so much counterpoint there. I’m very pleased to hear all those details.

But also, take the opening of the third movement, with the cello solo. If it’s played with these instruments, next to the cello solo you hear all the other lower strings: the cellos and violas, and then later the oboe and bassoon. I just hear these layers of sound, instead of a general sauce.

You also write in the liner notes that “Brahms on the piano is definitely not for children.” What do you mean?

I have a very strong view on this, what young people should play and what they should not play. They should not play the early Brahms, because of the enormous physical challenges, and they shouldn’t, certainly, play the late Brahms, where they could manage the notes, but those pieces are the summary of a lifetime.

But they do it anyway. I mean, today, any kid comes to you with the “Goldberg” Variations or the last three Beethoven sonatas. Anything goes. And who am I to say? I’m not a policeman. It’s a friendly piece of advice that when you are young, choose the right pieces. And wait with these until you are older.

In my ripe old age, I’m beginning now to reduce my repertoire. But I’m very happy to play now the late Brahms, and the last three sonatas of Beethoven. And then there is music, Bach and Mozart, that you start playing when you are very young, and they stay with you until the day you die.