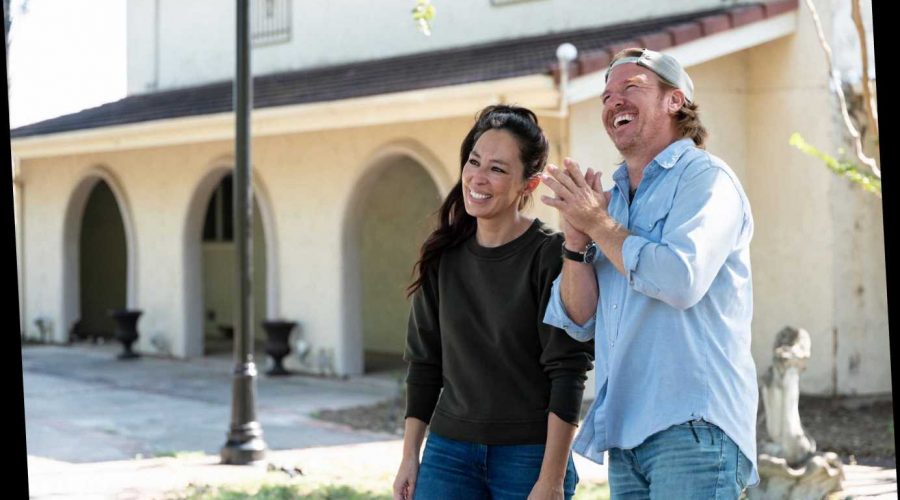 Wondering whether or not you want to subscribe to Discovery+, yet another streaming service that will take a piece of your monthly earnings? Well, it has plenty to offer the home-obsessed, food-loving, crime-solving, nature-seeking consumer ― namely, the new Magnolia Network.

Discovery+ ― which has a $4.99 per month ad-supported tier and a $6.99 ad-free option ― is a comprehensive collection of more than 55,000 episodes of nonfiction content from Discovery’s networks, which include HGTV, Food Network, TLC, ID, OWN, Travel Channel, Discovery Channel and Animal Planet. It also features originals starring well-known personalities like Bobby Flay and Giada De Laurentiis, Will Packer and Kevin Hart, Mike Rowe, Amy Schumer and David Schwimmer.

But its biggest draw is the long-awaited return of “Fixer Upper” duo Chip and Joanna Gaines, the beloved couple who made a home and design empire out of ratings success and turned their small Texas town of Waco into a must-see destination. A year after leaving HGTV in 2018, the Gaines family announced that they’d be launching their own network, Magnolia, under the Discovery portfolio. And although its fall launch date was pushed back due to the coronavirus pandemic, Discovery+ debuted with a preview of the network on Jan. 4 ahead of its official release later this year.

The streaming service hosts the premiere episodes of the upcoming slate of Magnolia series, as well as the first few episodes of Season 1 of “Magnolia Table with Joanna Gaines” and the documentary “The Courage to Run” about Chip’s fortuitous meeting with professional runner Gabe Grunewald and the completion of his first marathon. It also has “Road to Launch,” an interview series where Chip and Joanna catch up with some of the storytellers and talent coming to their network.

If you’re curious, the newest iteration of “Fixer Upper” is not yet available to stream, but Discovery+ will air its first four episodes beginning Jan. 29, with new episodes available weekly through Feb. 19.

So while you mull over a Discovery+ subscription or simply wait for Magnolia to hit your cable box, here’s a rundown of all the new series to watch out for. 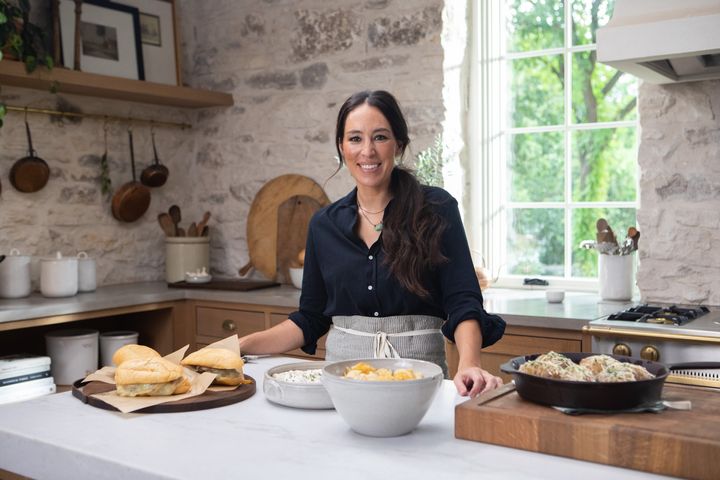 Joanna Gaines’ natural charm and warmth radiate in her new cooking show, in which she shares and cooks her favorite recipes in a custom kitchen that would make Nancy Meyers jealous. Jo simplifies the experience by welcoming mistakes and bantering with the off-camera crew, allowing the viewer to feel carefree and confident in preparing a three-course meal in 30 minutes.

“The Courage To Run with Chip Gaines and Gabe Grunewald”

In this touching documentary, Chip shares his story of meeting professional runner and cancer fighter Gabriele Grunewald on a fateful day in Central Park. Gabe decides to train the home-flipper to run his first 26.2 at the Silos District Marathon. Together, they forge a special bond that alters Chip’s perspective.

The doc is accompanied by a companion special, “Running on Hope,” which follows Gabe’s husband, Justin Grunewald, as he embarks on a new chapter in his life.

This lush series follows chef and restaurateur Erin French, who has earned the attention of foodies around the world with her restaurant The Lost Kitchen in  her hometown of Freedom, Maine. Guests send in postcards to book a reservation to taste French’s locally inspired and sourced menu and enjoy the ambiance her incredibly personal space has to offer. The premiere episode focuses on the final night of her 2019 season, as French and her team of female employees cook and edit a set dinner for 50 people, keeping up with slight changes in season and supply.

If you’re a flower person, this show is for you. It follows Erin and Chris Benzakein, a couple who have spent the last decade building their business, Floret Farms, in the fertile Skagit River Valley of Washington State. Their education and research farm is dedicated to giving growers the tools and and information they need to create the gardens of their dreams. But now that their seed business is thriving, they’re looking to expand by rehabilitating 24 new acres of land.

This show fits very much into the realm of HGTV. With a little help from Chip and Jo, first-time home renovators take things into their own hands and experience the risk and reward that comes with trying to flip a house. It’s fun, and makes you want to get in on the game. 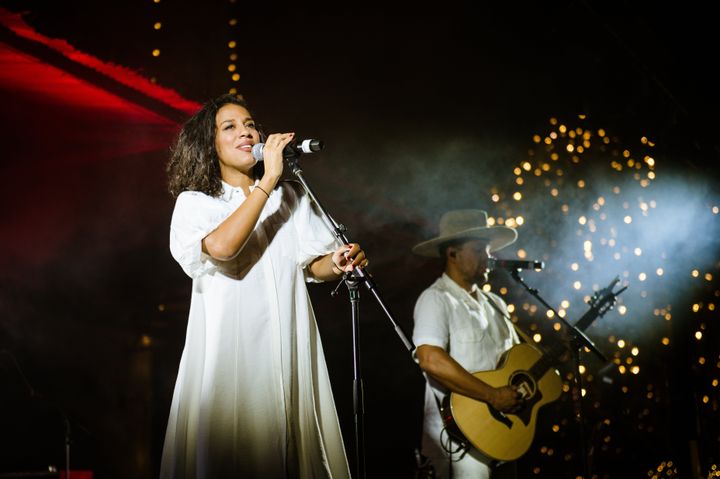 “Home on the Road with Johnnyswim”

Abner Ramirez and Amanda Sudano Ramirez (the daughter of Donna Summer) make up the musical duo Johnnyswim. And they just so happen to sing the theme song of “Fixer Upper,” “Home.” In “Home on the Road,” they document their three-month cross-country tour, during which they juggle their kids and pregnancy while experiencing adventures in cities along the way.

In this motivating show, Atlanta-based farmer Jamila Norman helps families transform their outdoor spaces into functional backyard farms. In the first episode, she humbly teaches a young family the importance of layout, and explores the joy and benefits of growing their own food.

For all you Food Channel junkies, host Andrew Zimmern visits families across America to explore how the cultural, regional and historical facets of who we are inform what and how we eat. In Episode 1, he heads to Queens, New York, to make tacos and salsa with the Ponce family.

This series follows Justin Bane and his staff as they restore and rehabilitate lives from the inside out at his cutting-edge fitness facility in Abilene, Texas. In the premiere, he helps a bride and recovering alcoholic be the best they can be. 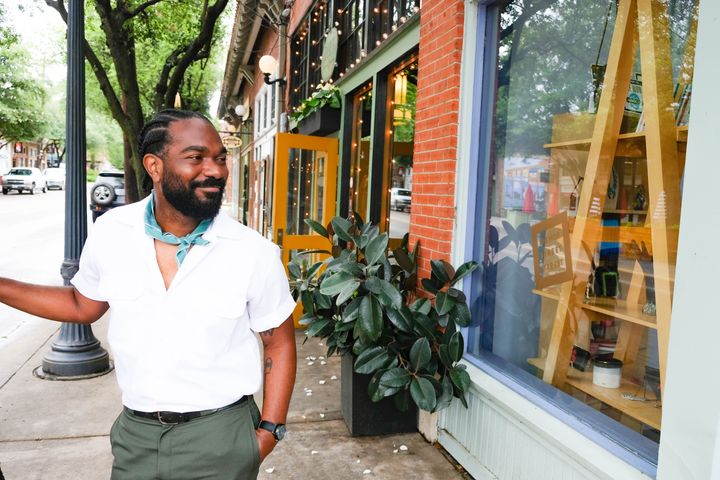 Entrepreneur Jonathan Morris travels the country to share the inspirational stories and challenges of small business owners. In the show’s first visit, Morris meets up with Val Jean-Bart of Val’s Cheesecakes in Dallas, Texas, to discover his recipe for success.

“Point of View: A Designer Profile”

Take a dive into the creative minds of interior designers with this anthology series, which introduces us to the inspirations and influences that shape their designs. Jean Stoffer is highlighted in the premiere episode, which follows her kitchen renovation of The Madison in Grand Rapids, Michigan.

The Gaines’ beloved carpenter Clint Harp hits the country road in search of incredible historical structures in need of restoration. His first go is helping out with an amazing old train car renovation in the panhandle of Idaho.

Taylor Calmus, along with his team of skilled builders, help aspiring DIY dads dream up crazy projects for their kids, turning backyard dreams into playtime realities. For Episode 1, Calmus helps a widower give his three children a boost by building an epic skate ramp.

All premiere episodes are now on Discovery+. Magnolia is set to launch later this year.

In a trailer for the return of “Fixer Upper,” it’s clear that Chip and Jo are back to take the worst house in the best neighborhood and turn it into their client’s dream home ― with mishaps, shopping trips and their five kiddos in tow.

01/12/2021 Entertainment Comments Off on A Look At Magnolia Network’s New Shows
Recent Posts
We and our partners use cookies on this site to improve our service, perform analytics, personalize advertising, measure advertising performance, and remember website preferences.Ok