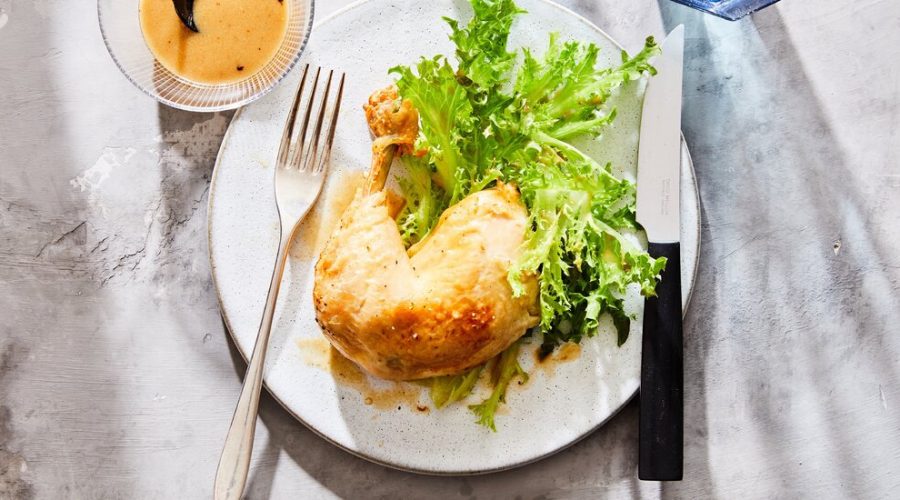 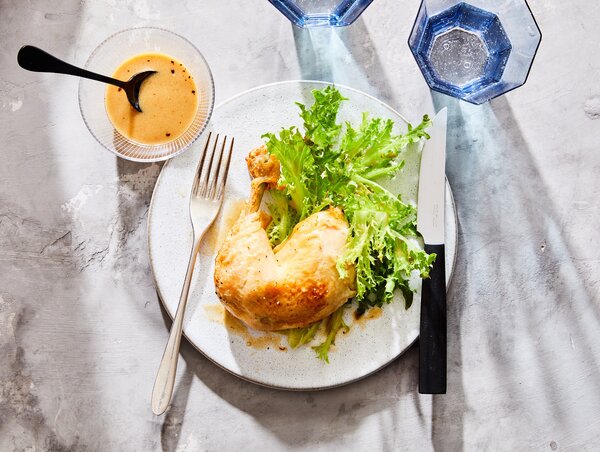 Sometime in my early 20s, I went to Paris to strengthen my French and my character. I’m not sure what prompted this — probably something I read — but I woke up one morning and realized that I’d never lived alone. I’d lived with my parents, had roommates briefly and then married when I was 19. All of a sudden this seemed like a shortcoming in need of immediate attention. And so I took all the vacation time I had coming to me from work, booked the cheapest flight I could find, got a tiny top-floor room in a small hotel and enrolled in a course at the Sorbonne. It didn’t take long to discover that going to the movies was a better way to learn a language than sitting in a classroom, and that for me, living alone made me lonely. I’m certain that’s why I followed a stranger home for dinner.

I don’t remember Madame’s name or anything about her niece, but I’ll never forget the apartment, partly for the views of the Seine, but primarily for the rearing carousel horse with a gilded mane that dominated the small sitting room. As stunning and surprising as the horse was, the highlight of the evening was the chicken. It’s what I remember best and most of all.

Chicken-in-a-pot has become both my go-to and my grail.

Shortly before we were to wriggle our way around the horse and find our places at the table, Madame took me into the kitchen, opened the oven door, pointed to the chicken and exclaimed, “Qu’il est beau!” She didn’t exaggerate — it was beautiful in every way. There were the simultaneous pleasures of hearing the sizzle, pop and light rumble of the jus, of catching the aroma of herbs, onions and fat and of seeing the chicken and a few root vegetables in an oval copper pan that looked as though it had been made only for this dish — it was the perfect size for the bird. The walls of the pot were streaked from heat, and the handles, thick and rounded, were fashioned from brass. If I’d had a camera, I’d have taken a picture to pin on my wall. Instead, I’ve carried the image in my head for decades, calling it up as a kind of culinary yardstick each time I roast a chicken.

Chicken-in-a-pot has become both my go-to and my grail. I’m sure I’ve made more than a hundred versions of the dish since Madame served me hers. Not one of them has been just like the original, and it doesn’t matter — I gave up the quest for replication long ago because every rendition has been so good.

Sometimes I make the dish with vegetables. Madame’s chicken had a few onions and some fennel in it, and I’ve used that combination, too, as well as chicken with carrots and celery, or sweet potatoes and apples, or any kind of squash. No matter the vegetables, I usually add lemon and always add unpeeled garlic, smashed if I’ve got cloves, halved crosswise if I’ve got a whole head. Without fail, I include a fair amount of olive oil, and I like to add some wine to the mix as well. Occasionally — and I love doing this — I’ll perch the chicken on a hunk or two of country bread or baguette. The bread catches the cooking juices and becomes something too messy to serve but too delectable not to eat in the kitchen before you call anyone in for dinner.

Often, but especially in early fall when it seems too soon for root vegetables, and in early spring, when we’re all tired of them, I make my favorite and simplest chicken-in-a-pot: chicken that’s a little bit braised and a little bit roasted in a covered Dutch oven. The seasonings are basic — garlic, onions, herbs and lemon — and borderline assertive until they cook together, when their aromas intensify and their flavors soften, sweeten and fall into balance. Putting most of the aromatics in the pot with oil and wine, tucking the rest inside the chicken and cooking it all in an enclosed, steamy environment means that everything that goes into the pot goes into the chicken. If the chicken comes with liver, I might nudge it inside the bird and add a slice of bread to the pot — the liver spread on that flavor-drenched bread is a cook’s reward.

Straight from the oven, the chicken offers the full measure of delights that enchanted me all those years ago in Paris. It has the look of an honest, old-fashioned dish, with heady aromas and supremely moist and flavorful meat. But a while ago, I added another element to the dish: I began serving the chicken with a salad and using the pan juices to make a warm vinaigrette that’s as luscious over the greens as it is over the bird. It’s odd, but the simple act of transforming what remains in the pot — skimming the rich pan juices, crushing the roasted garlic and whisking them together with sharp mustard and vinegar to make the vinaigrette — has an outsize effect on me. It makes me feel like a real cook, kind of like my grandmother, who used every bit of the chicken, from beak to feet, and perhaps like Madame too. There’s a modicum of thrift and a speck of genius in making deliciousness from what might have been tossed away.

I wrote a note to Madame after my dinner at her home. I’d love to be able to write to her now, to tell her that the memory of that moment changed me as a cook. I wonder if she’d be surprised.

Dorie Greenspan is an Eat columnist for the magazine. She has won five James Beard Awards for her cookbooks and writing. Her new cookbook, “Baking With Dorie,” is set for publication this fall.