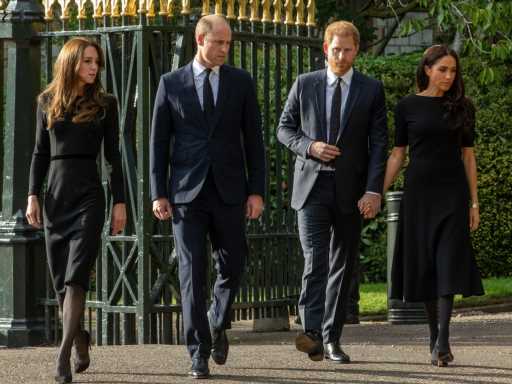 Prince William and Prince Harry‘s feud seems to be at the root of all conversations about the royal family these days, and it’s been going on for so long now that you’ve likely lost track of why exactly they’re at odds — we know we have!

Glaring highlights include William thinking Harry was moving too fast in his relationship with Meghan Markle, the Sussexes’ move to the United States after stepping down as working members of the royal family, and Meghan and Harry’s bombshell interview with Oprah, and the feud has been reignited seemingly every time the Sussexes make a public appearance since, with odd reunions over family tragedies like Prince Philip’s death and now, the Queen’s death.

On the surface, there seems to be a lot to blame on Meghan, but if you delve into the details, you’d see her tendency to speak out in defense of herself and remove herself from toxic situations isn’t out of spite. The Duchess is protecting her health and wellbeing, along with the best interests of her marriage and children, rather than prioritizing the greater good of the royal machine — and can you really blame her?

In 2019, Meghan told ITV News she “tried to adopt this British sensibility of a ‘stiff upper lip,’” continuing, “I really tried, but I think that what that does internally is probably really damaging.”

In her and Harry’s 2017 engagement interview, Meghan already seemed to be somewhat overwhelmed with what royal life might entail: “I think I can very safely say as naive as it sounds now, having gone through this learning curve in the past year and a half I did not have any understanding of just what it would be like.”

Princess Diana was often criticized for similar challenges with The Firm, and Prince Harry cited his and Meghan’s move away from the royal family as a necessary step to avoid the same outcome with Meghan as what befell his beloved mother.

To help sort out any and all confusion on what the heck the royals are even rifting about, we’ve put together a complete timeline following all transgressions on every side of the feud that reportedly began in late 2018.